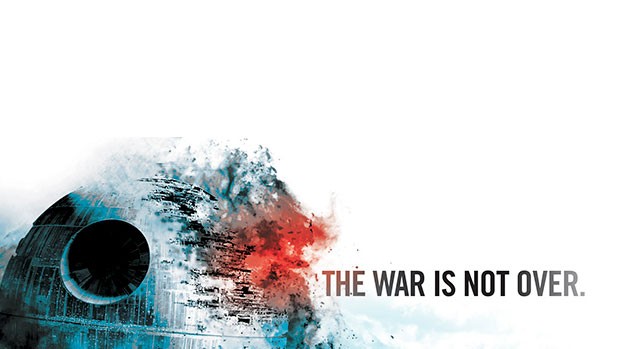 Summary: Star Wars Aftermath is an interesting look at post Return of the Jedi with some great characters and plots

Star Wars Aftermath is dubbed as a journey to Star Wars: The Force Awakens and is written by author Chuck Wendig who takes the reader into the events after the Battle of Endor which saw the Empire receive a massive blow from the Rebels. Aftermath also takes place between Episode VI and VII and is the first official story since Disney purchased Lucasfilm as all the other novels created over the last three decades are part of the Legends Canon. This means that they are not part of the official universe anymore.

Furthermore, Aftermath takes place just after Return of the Jedi which revolves around Wedge Antilles who helped the Rebels destroy the Death Star (twice) and even though one of the Imperials most devastating weapons is no more, the remnants of this evil still remains. As a result, Wedge is now part of a covert force for the New Republic where he stumbles upon a plot to rebuild the Empire thanks to femme fatale Admiral Rae Sloane.

Joining Wedge are some very colourful characters that include New Republic pilot Norra Wexley, former Imperial sympathiser Sinjir Rath Velus and Jas Emari, a deadly Zabrack bounty hunter. Although the story takes place on the planet of Akiva, Wendig really expands on the universe and touches upon other areas of the galaxy such as Coruscant and Tattooine which give the reader a great snapshot of how the defeat of the Empire was handled and received across the universe.

However what sets Aftermath apart from much of the Star Wars lore are some of the adult themes that include alcoholism and the psychological psyche of what makes these adult characters tick. At times it can be quite fascinating and really draws the reader into the minds of these characters. I also like how Wendig adds some very powerful female protagonists to the story, especially female Admiral Rae Sloane and of course rebel pilot Norra Wexley whose search for her son leads her to the planet where Wedge has been captured.

All in all, Star Wars Aftermath features intrigue, action, drama and an interesting snapshot of the aftermath of the Battle of Endor and most of the characters get to shine in some unique and at times amusing ways throughout the story. There’s also some great dialogue between the characters, especially from the nefarious Admiral Rae Sloane and of course between Norra Wexley and her son Temmin (who is a pain). Then you have the droid warrior Mr. Bones who adds a touch of comedy to the mix. It’s quite an interesting and eclectic mix of character with some witty yet clichéd banter thrown into the mix.

In the end, Star Wars Aftermath is an interesting story but at times, it felt like Wendig was overcompensating with the links to Star Wars universe with cameos from Mon Motha and Admiral Ackbar that at times felt a little forced and contrived. Nonetheless, the writing is strong and the plot is interesting but given that this is the first Star Wars book of the official universe, I personally wished it focused more on the classic characters like Han, Luke and Leia. Even so, it was fun revisiting this franchise again and made me really excited for the upcoming film. 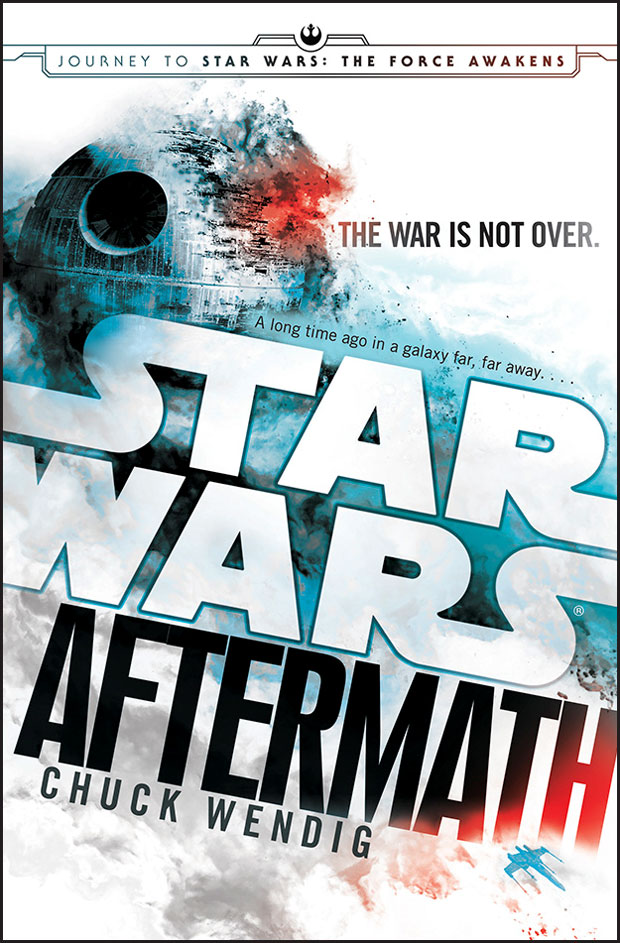