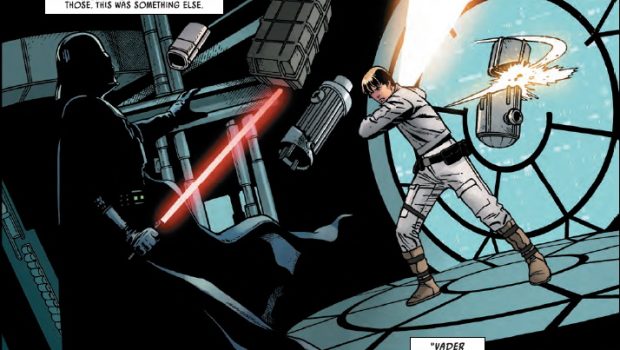 Summary: If you have already read War of the Bounty Hunters 3 then this does not add much to the story. Go read that instead.

Luke Skywalker is rushing to the planet where the Crimson Dawn is auctioning Han Solo frozen in carbonite having to doge an Imperial Star Cruiser, only to get a personal communication from Darth Vader who orders the cruiser to patch him through to the X-Wing on a secure line.

I did like some of the crime syndicates excuse for attacking the Tie Fighters even when they knew they would be destroyed taking on the Empire.

Considering everything that happens over in the War of the Bounty Hunters story you should be reading that one instead and maybe have a look in the next issue to see if they actually add more to the story.