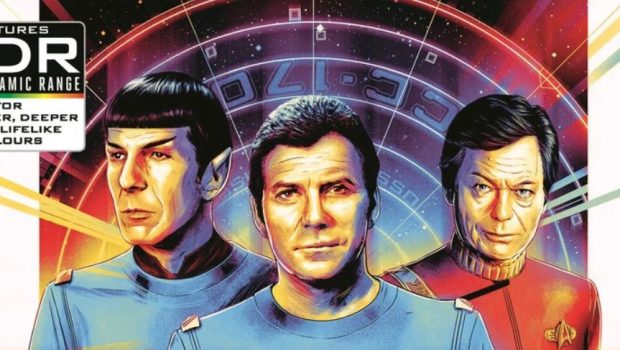 Summary: Star Trek the Original 4-Movie Collection is a beautiful release on 4K courtesy of HDR and a 7.1 surround track that brings the films to the 21st century.

Undeniably, the original Star Trek TV series and films set a benchmark for science fiction and at the time, it set itself apart from its competitors due to the cerebral nature of the stories. Sure, it still featured over the top fights and nefarious villains to suit the needs of the audience, however it had an additional layer of complexities that went beyond societal norms. So what better way to celebrate and revisit the original 4-movies then with his amazing 4-disc set from Paramount that has been remastered in 4K with HDR (high dynamic range) to increase the brightness of the colours and depth of all four films. The set includes Star Trek: The Motion Picture, Star Trek: The Wrath of Khan, Star Trek: The Search for Spock and Star Trek: The Voyage Home… however Star Trek V: The Final Frontier and Star Trek VI: The Undiscovered Country are not included unfortunately. 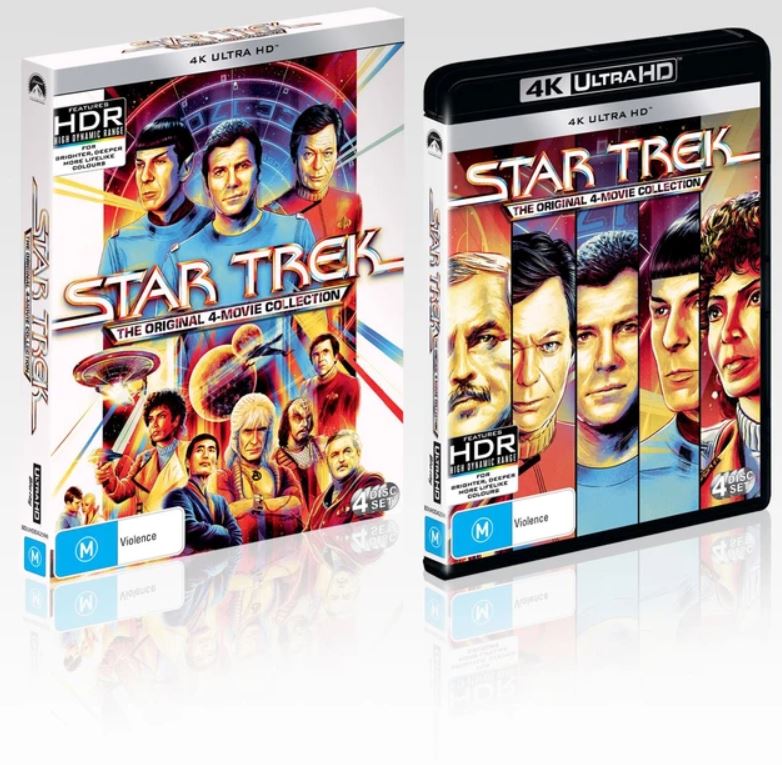 While the films have received a Blu-ray makeover before, the 4K HDR versions look considerably sharper with more natural colours and clarity. Additionally it’s not as dark as the original Blu-ray versions which brings it back in line with the original theatrical releases and as a result, the team of Paramount should be commended on their outstanding job of all four transfers. 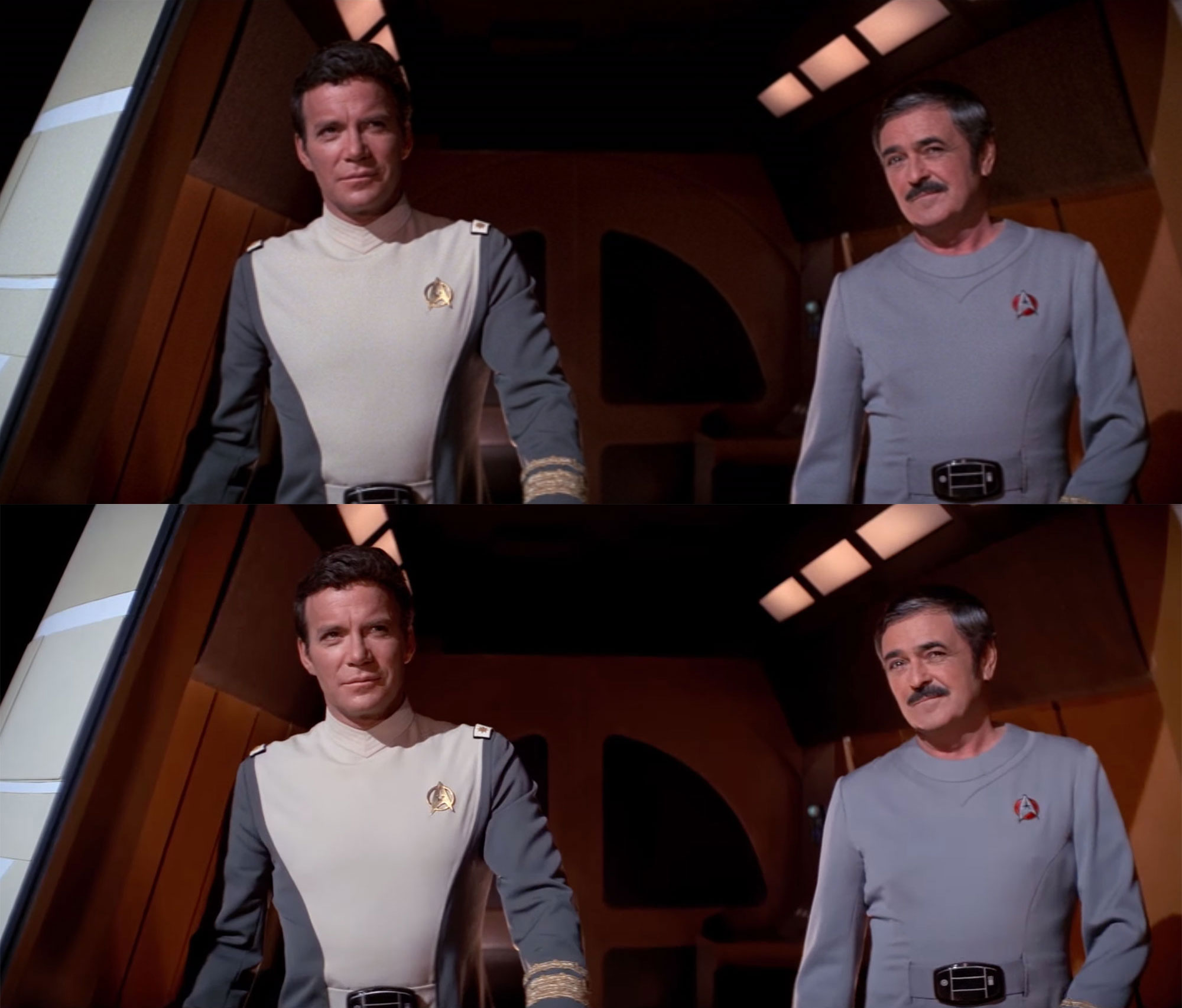 Sure, it still cannot compare to 4K films of today because of the technology used at the time which means grain, however comparing them to the original DVD or Blu-ray releases is light chalk and cheese due to the stark difference. The 4K HDR version needs to be experienced to be believed.

Furthermore, all four films receive a new lossless 7.1 Dolby TrueHD mix that adds to the entire presentation of the film which boasts excellent levels, clear dialogue, well balanced music and sound effects that don’t become too dominant or distorted when the action commences. All four films also make great use of their surround sound nature that audio lovers will definitely enjoy. Needless to say, when matched with the video, it comes together quite nicely.

STAR TREK: THE WRATH OF KHAN

STAR TREK: THE SEARCH FOR SPOCK

Living in exile on the planet Vulcan, the ragtag former crew of the USS Enterprise steal a starship after receiving a planetary distress call from Earth: a space probe has entered into orbit around Earth, disabled global power on the planet and evaporated the oceans. Captain Kirk (William Shatner), Spock (Leonard Nimoy) and the rest of the officers travel back in time to retrieve now-extinct humpback whales, which Spock has deduced will communicate with the probe and send it away from Earth.
Approx running time: 119 mins
Audio: Dolby TrueHD, 7.1 Surround, 2.0 Surround
Dolby Digital 2.0 Surround, 2.0 Mono
Aspect Ratio: 2.35:1

If you’re a fan of Star Trek and want to revisit all four films again with updated visuals and audio, then STAR TREK THE ORIGINAL 4-MOVIE COLLECTION is a must have collection. While the stories have become slightly dated, the characters and themes still hold up today and it’s great seeing these characters grow and explore the universe that is Star Trek. The unfortunate aspect about watching these films as a fan is that some of the actors are no longer with us but thankfully they live on with excellent releaseas like this.