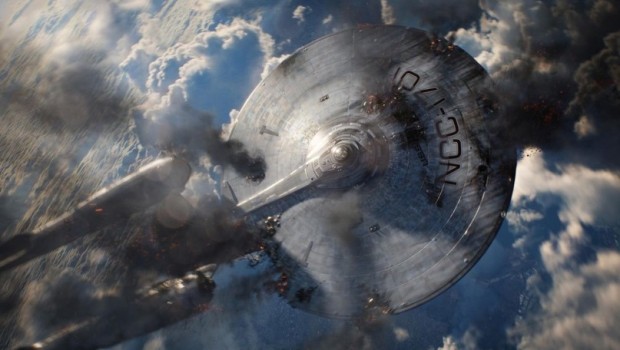 Summary: In this film he's more on par with Tony Stark, able to bed two alien girls with tails at once. That amplifies where they're aiming this film at, in spite of the occasionally intriguing layering of the story. For a franchise that prides itself on going where no man has gone before, the Enterprise is starting to travel in circles.

In 1966 Gene Roddenberry created Star Trek as a TV series and coincidentally this was the same year that director J.J. Abrams was born. The show was pitched as a space Western in the vein of Wagon Train, which was a Western mystery show set on the Frontier. Star Trek converged with the start of the Vietnam War. Roddenberry had already seen action as a fighter pilot in World War II.

To counter Vietnam, his version of Earth was a society without conflict and in space there were galactic truces, race relations and a sense of unity aboard the ship the Enterprise. As with any good Western, there was moral code of ethics between men, no matter how pointy their ears might have been. Roddenberry believed in a disciplined society that could be unaffected by war or religion. Spock for example was said to be modelled on a police Chief he knew when he was part of the LAPD. 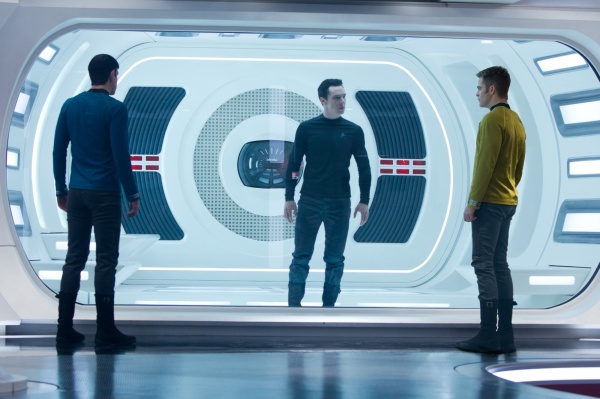 After many years as a TV show and dozens of films, someone decided Star Trek should be reinvented yet again and Abrams was hired to transform it into a glossy action film. As a filmmaker J.J. Abrams is somewhat of an enigma. One of his heroes growing up was Steven Spielberg. When he was a boy he was hired to repair some old film footage for him. Spielberg would later produce Abrams most personal film Super 8, a movie that typifies the director’s career. Part of the film is a loving tribute to home movies and geek culture, while the other is a bombastic, overblown blockbuster, short of any personal imprint.

He’s a slick filmmaker, I enjoyed his TV show Alias until it became ridiculous, but he struggles to find the balance his idol has between action and character. Into Darkness is a better film than the messy 2009 film though. The best scenes overcome the generic, simplification of the action genre by retreating back towards the essence of the original show: a morally ambiguous grey zone, where the values of the characters and their races are tested. However, the characters are still bound by a rigid story structure, where at least ten elaborate set pieces take full precedence over the human and Vulcan drama. 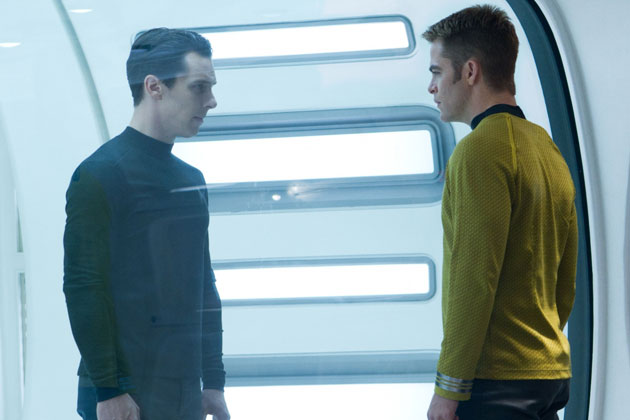 The most interesting aspects of the plot are when Spock (Zachary Quinto) and Kirk (Chris Pine) butt heads over their different beliefs. Kirk is tasked with tracking down a rogue agent named John Harrison (Benedict Cumberbatch), who is now essentially a terrorist bomber, causing havoc in London by using desperate people to do his bidding. This leaves a chilling, lasting impression, particularly when the film adds a layer of complexity, with Spock insisting that Harrison should be captured and trialled first. He’s at odds with the order of the mission and Kirk, who wants revenge for the death of a colleague.

Cumberbatch is frighteningly good in the film, a massive improvement over Eric Bana’s villain in the first movie. The tension he brings through his menace, his arrogance but also his ability to cast doubts in the minds of the protagonists about who the baddies really are, is a magnetic quality that is hard to prepare for prior to seeing the film. What a terrific find he’s become over the last few years.

However, by ingraining itself in the structure of an action film, a lot of this ambiguity is undone. Whereas action and moral ethics fought and overlapped persistently in The Dark Knight, Into Darkness’ rhythm is too discrete and foreseeable. The action is timed acutely to follow a stretch of exposition, dividing itself between moments of ideology and combat, and the emphasis on set pieces means the lines between good and evil become transparent again and remove the crucial shades of grey.

Abrams also seems more interested in choreographing lavish action sequences than exploring the personal side of the drama. His imagination in the set pieces is limitless. He employs an array of frenzied techniques, including rapid cutting, tilting cameras, overhead shots and quick pans, to breeze through the action. Yet when the characters stop to face one another and talk his direction has none of the same flair or creativity. The actors sit or stand still, with the camera perched on their shoulders for dull reverse angle shots that don’t heighten the tension.

Rarely do we ever see these characters in their downtime either. Without any inner life they become ciphers for voicing conflicting moral ideas, like instinct against logic or law and these conflicts are often resolved within a scene of one another. After watching Star Trek II: Wrath of Khan recently, which Into Darkness borrow from, it’s also fascinating that Kirk is viewed as an ageing man who has to start thinking about death and his legacy.

In this film he’s more on par with Tony Stark, able to bed two alien girls with tails at once. That amplifies where they’re aiming this film at, in spite of the occasionally intriguing layering of the story. For a franchise that prides itself on going where no man has gone before, the Enterprise is starting to travel in circles.