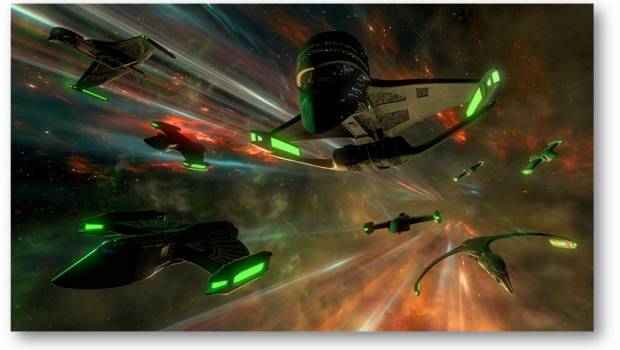 SYDNEY, AUSTRALIA — May 24, 2018 — Ubisoft® has announced that Star Trek™: Bridge Crew – The Next Generation, the new expansion for Star Trek: Bridge Crew, is available now for PlayStation®VR and PlayStation®4 computer entertainment system, playable with and without VR. It will be available on PC on July 25 for VR players, with HTC Vive, Oculus Rift and Windows Mixed Reality support as well as support for non-VR players. The expansion will be playable cross-platform across all devices.

Developed by Red Storm Entertainment, a Ubisoft Studio, under license by CBS Consumer Products, Star Trek:  The Next Generation expansion allows players to continue exploring the Star Trek universe as they crew the Galaxy Class starship U.S.S. Enterprise NCC-1701-D from Star Trek: The Next Generation and put their combat skills to the test against the enigmatic Romulans and the fan-favourite villain, the relentless Borg.

On board the Enterprise-D, players are introduced to a new command role, Operations. The Operations officer is tasked to strategise and assign NPC crews throughout the ship. By allocating these crews, Operations will have the opportunity to modify the ships’ capabilities, activating features like Shield Modulation, Precision Targeting and additional abilities to combat cloaked ships.

Additionally, the Star Trek: The Next Generation expansion introduces two new modes to Ongoing Voyages, Patrol and Resistance. Patrol mode provides players with opportunity to openly travel through space while experiencing unpredictable battles and objectives for endless hours of adventure. In Resistance mode, even the most experienced crews will be put to the test, completing a series of challenging objectives in preparation for a final showdown against a deadly Borg cube.

For more on all of Ubisoft’s games visit https://news.ubisoft.com/.