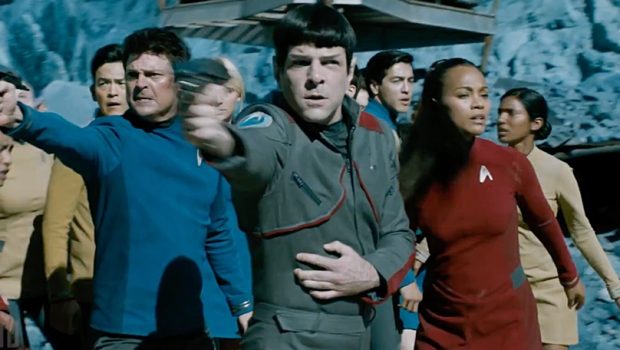 It’s been fifty years of Star Trek, meaning half a century of Klingon, pointed ears and seeing the USS Enterprise go where no one has ventured before. It was also fifty years ago, 1966 exactly, when Gene Roddenberry created Star Trek as a television program. It was pitched as a space Western, echoing shows that were set on the American Frontier. Having seen combat as a World War II fighter pilot, he designed the show as a counterpoint to the Vietnam War. Earth became a society free of conflict and in space there were truces and negotiations between contrasting races that complimented the unity found on Captain Kirk’s spaceship. Roddenberry’s values haven’t been sustained since the show’s inception. He envisioned a world free of war but films now see combat as an easy way of dramatising conflict. As such, Star Trek Beyond is for hardcore fans who are simple keen to revisit the universe, but aren’t expecting to find meaningful science fiction questions to explore. Nor is the film for those expecting an essential third chapter in a trilogy. Films are punched out so reliably that the days of an exciting new chapter with the expectations of say Return of the Jedi seem vanquished. Beyond is an excuse for fans to see their favourite heroes again, albeit in a plot that’s like a television special. To be fair, there are early pleasures to found, most notably in the film’s scale and the detail of the special effects. The film is a behemoth when it unveils the enormity of its space stations, the volume of ships on screen and also a city that looks very much like the Citadel from the game Mass Effect. This is fairly typical of films today trying to snare the attention of video game fans. The film is okay for a while on the terms of its huge scale, but by the end its apparent that Star Trek is too faithful to the formula of other blockbusters rather than challenging their conventions, or indeed going beyond them. 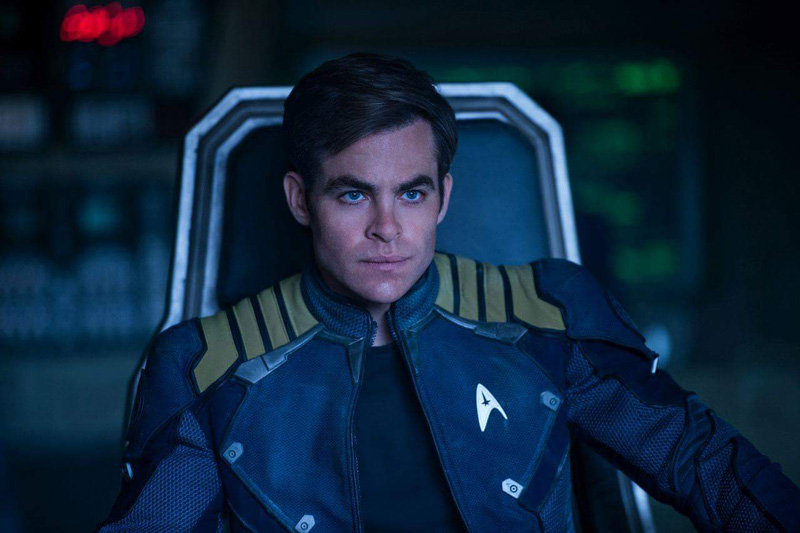 All of the main characters from Into Darkness return, including Captain Kirk (Chris Pine), Spock (Zachary Quinto), Bones (Karl Urban), Scotty (Simon Pegg), Chekov (Anton Yelchin), Sulu (John Cho), Nyota (Zoe Saldana) and others. The script Pegg has co-written with Doug Jung doesn’t have a particularly memorable or essential narrative for a third entry. In this episode the crew of the Enterprise is contacted by a woman who asks them to help rescue her people who have been stranded on a planet. It turns into a trap, leaving the Enterprise badly damaged from a surprise attack of enemy ships. The crew crash lands onto a mysterious rocky planet and the chaos separates them into different groups. Scotty stumbles upon a mysterious and well-armed alien woman named Jaylah (Kingsman’s Sofia Boutella), who shares grievances with the baddies on the planet. But she eventually sympathises with Scotty and the rest of the crew. Bones and Spock make for an unhappy team, particularly so since Spock has picked up a rib injury, but this also leads to some humorous banter between the pair. Once united, Kirk has to rally his team to rescue kidnapped crew members of the Enterprise, even though he doesn’t entirely trust Jaylah. There is a villain behind this named Krall (played by The Wire’s Idris Elba, mostly under thick alien make-up), who wants a powerful stone to aid his vendetta against the Enterprise. Between these confrontations the film is most engaging when its being funny and gently lampooning the characters rather than being heartfelt. Almost all of the characters have had parents or parental figures die, which is a bit too derivative of the recent batch of superhero films. More variation in the types of conflict here, besides combat, and also the personal grievances would have made for more unique personalities and characters. 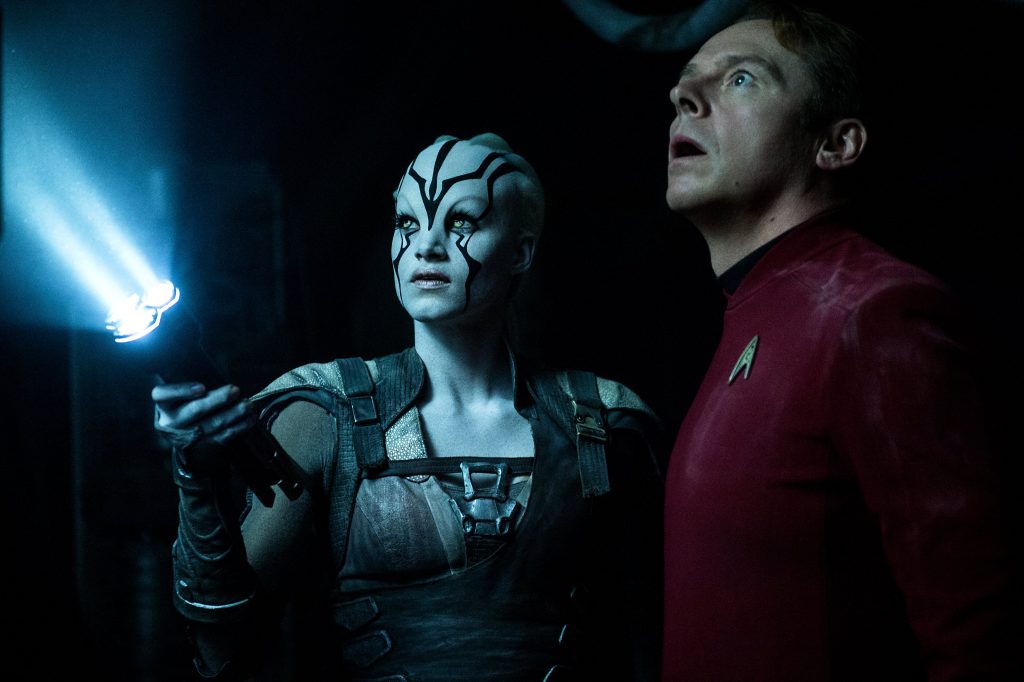 Some of these same criticisms first emerged when J.J. Abrams who rebooted the film franchise with two entries that saw mixed results and reactions. It’s hard to argue with the criticism that he made the first two films too bombastic for a science fiction series. Although I think that Into Darkness had a more interesting villain than this latest entry. But since Abrams left to direct Star Wars: The Force Awakens, the reins have fallen to Taiwanese American director Justin Lin, who is most famous for making several movies in the Fast and the Furious franchise—a title that aptly describes the bludgeoning approach he brings to his work. Beyond might be the loudest film since Man of Steel. Everything from the music, the gunfire and the special effects are cranked to ear-splitting levels. He has spared no excess with the computer graphics either, the equivalent of an overly rich desert, and uses them in as many sequences as possible. At least that’s what you’ll remember most from the film because the narrative falls by the wayside. It’s not a particularly original story and too many parts feel rushed over to preference the combat. Jaylah’s reluctance to return to the camp and help the crew is briskly resolved and the identity of the villain Krall jumps out of nowhere with a terribly contrived transition. Justin Lin has also cut the film at such a high velocity that it doesn’t leave room for downtime, characterisation and depth. The banter between the crew is sometimes enjoyable and funny, particularly from Bones, but the volume of the soundtrack forces the actors to start shouting their one-dimensional dialogue at each other to move the plot and consequently overstretches their performances. Justin Lin owes them a hearing test. While Into Darkness had too many set pieces, it still attempted to ask a moral question about terrorism and the morally grey area of trialling prisoners. This one doesn’t have the same ambiguity or complexity about its situations. This film’s aims are lower as it speeds towards an all too familiar climax between two men hitting each other while avoiding the jaws of a deadly turbine. As you were gentlemen. The diehard fans won’t care because they already like to immerse themselves in the universe and the characters but Beyond could have been more interesting and memorable if it wasn’t weighed down so heavily by its combat moves.

Summary: Beyond could have been more interesting and memorable if it wasn’t weighed down so heavily by its combat moves.