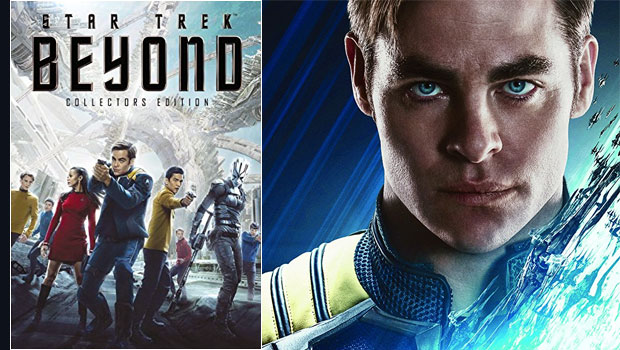 Summary: Star Trek Beyond is a great insight into the making of this film from film facts to interviews and stunning visuals.

This hardcover book is from Titan that is distributed in Australia by New South Books is filled with Star Trek goodness that focuses on the latest film, Star Trek Beyond. At 128 pages, the Star Trek Beyond: The Collector’s Edition is everything you want to know about this blockbuster film that includes topics such as character profiles, interviews, costumes and behind the scenes information with some stunning visuals and interesting text to accompany them. If the information contained in this book is a similar that’s because the content is collated from the official Star Trek magazine. 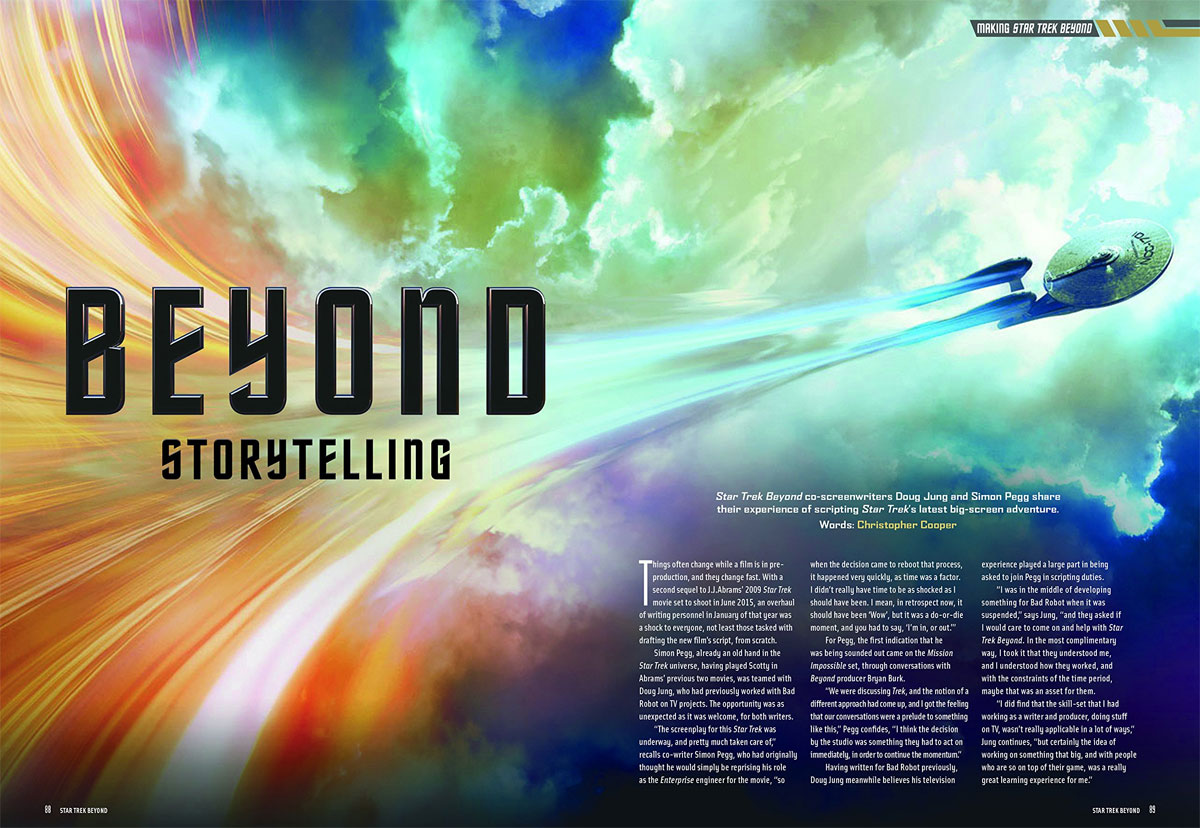 However the first thing that you may notice about this book, Star Trek Beyond: The Collector’s Edition is its production values which boasts high quality paper stock which really makes the photos jump out of the pages. The thickness of the paper is good so no matter how many times you read or flick through this book, it will keep the pristine quality of the paper. On the front of the book which is ‘boldly’ presented is an image of the main characters from the film which include Chekov, Bones, Uhura, Sulu, Scotty, Jaylah, Spock with Kirk leading the team. On the reverse is a large image of Jaylah, a blurb about this book plus three images from the film itself. The presentation really screams collector! 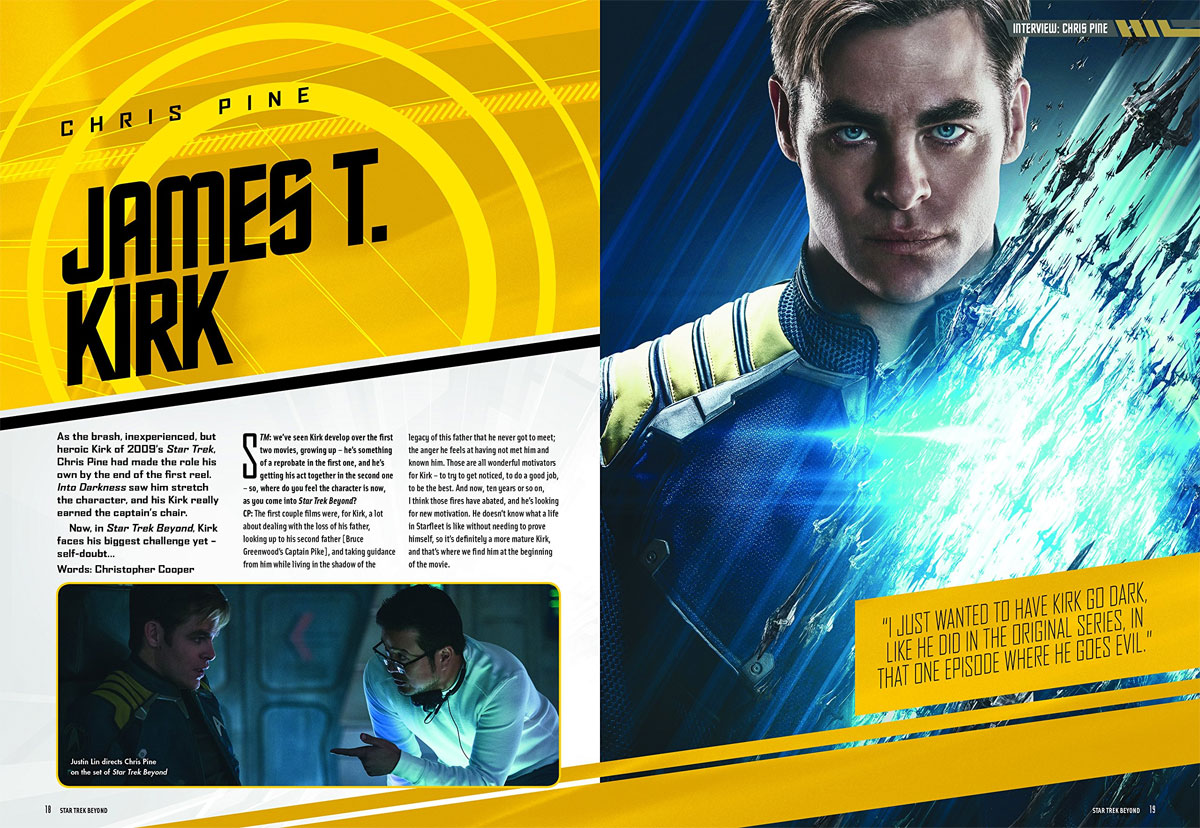 Another highlight of Star Trek Beyond: The Collector’s Edition is that the information contained in this book doesn’t talk down to the reader but rather celebrates the uniqueness and quirkiness of this wonderful sci-fi universe created by the legendary Gene Roddenberry. Given that, it’s a book for all ages and no matter what kind of ‘Trekker’ you are, you’ll be surprised at what you may discover inside this tome all dedicated to Star Trek Beyond.

In terms of contents, this Collector’s Edition is divided into Cast Interviews such as Chris Pine (Kirk) and John Cho (Sulu) to a section entitled ‘Making Beyond’ which is all about bringing this film to life plus various features such as this current Star Trek Universe, who the main players are and even the World Premier from the San Diego Comic-Con. Furthermore, this book is dedicated to the late Anton Yelchin who played Chekov and was unfortunately killed in a car accident. I also like how the book touches upon this new Star Trek universe which has been dubbed the Kelvin timeline. 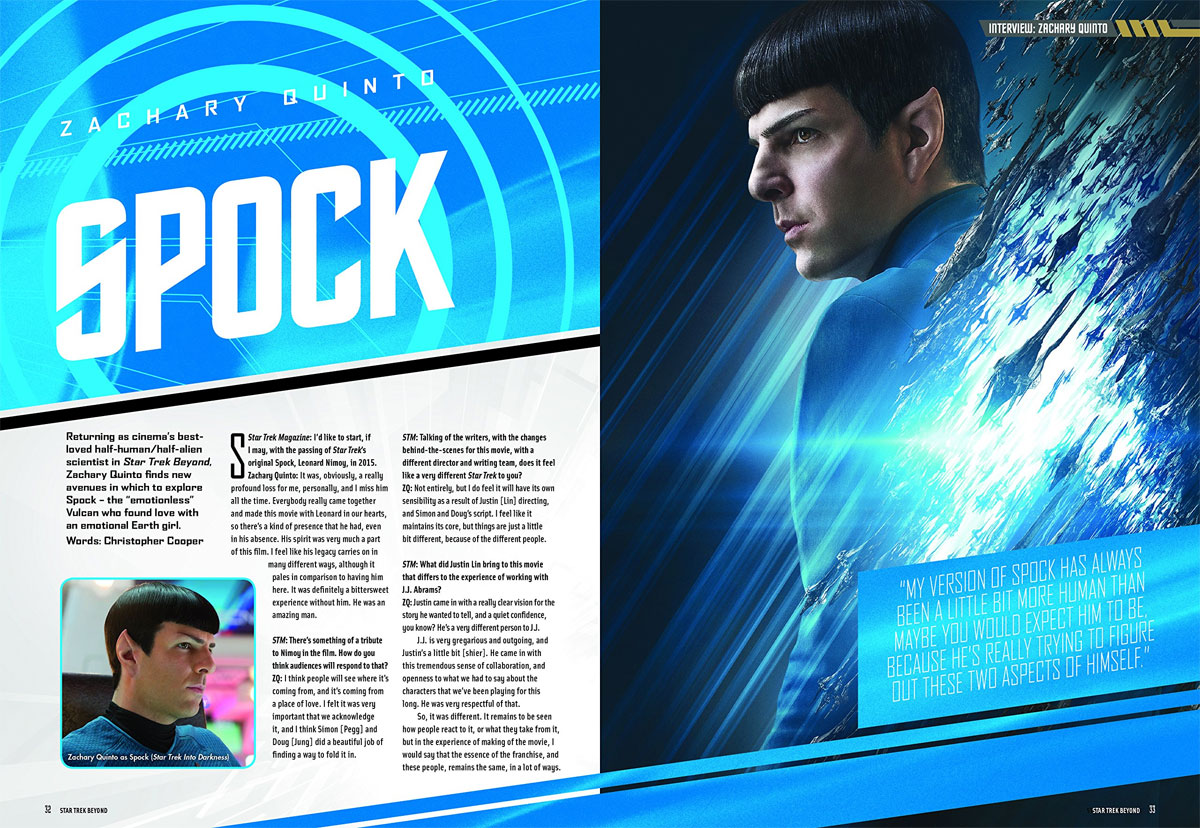 Furthermore, I enjoyed the character profiles of the major players in this franchise such as James Tiberius Kirk or Scott who although add something different to this new version, still pay homage to those actors before them. There’s also some humour in this book such as the ‘Odd Couple’ relationship between Spock and Bones plus Scott’s strange sidekick. In terms of interviews, the questions provided to the cast and creators are well thought-out questions which provoke some interesting answers and more importantly are enjoyable to read. So whether you want to know how Krall was made, how Simon Pegg helped find the voice for Jaylah, the new alien in the film or what drove the new villain, it’s all included in this hardcover book. 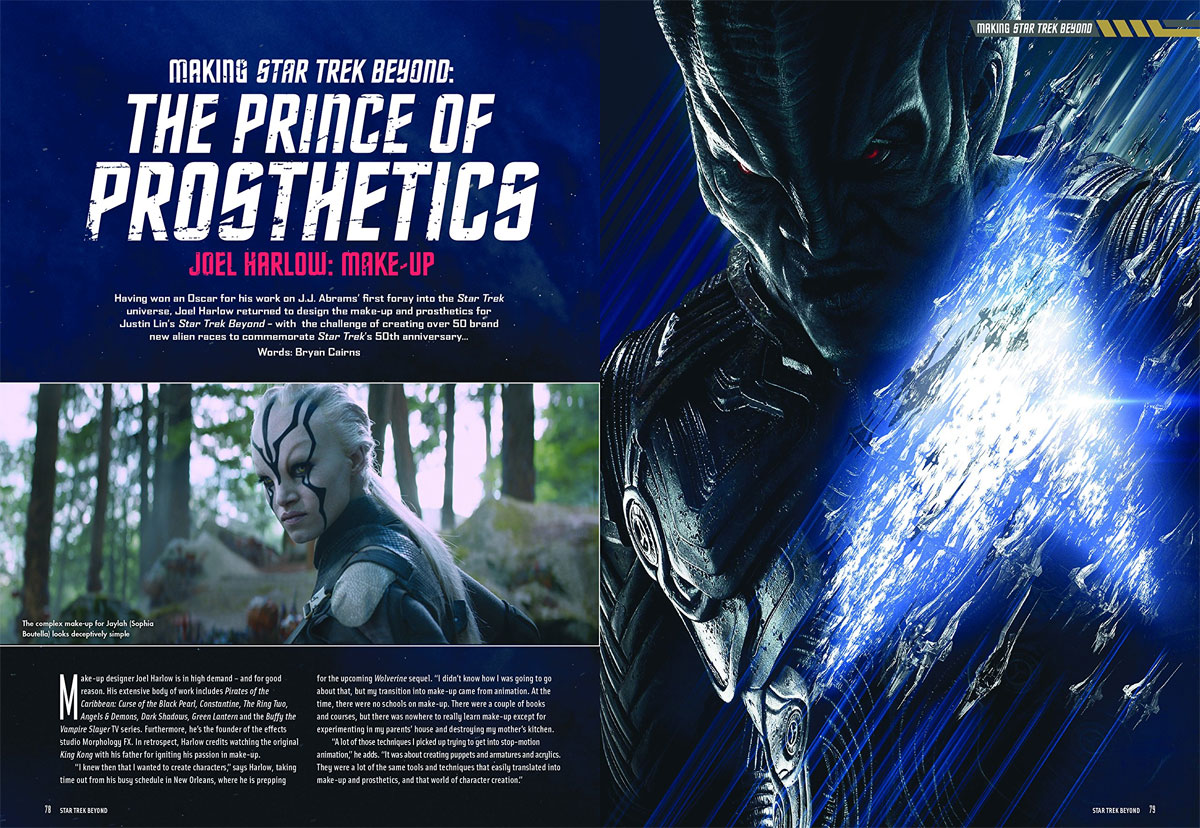 If you’re a fan of Star Trek, particularly the new film, this book has definitely been made for you and boasts some interesting and entertaining information that is accompanied by many wonderful images from the film and behind the scenes. Definitely one for the fan or movie lover! 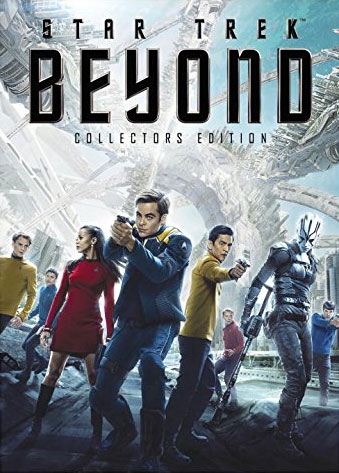