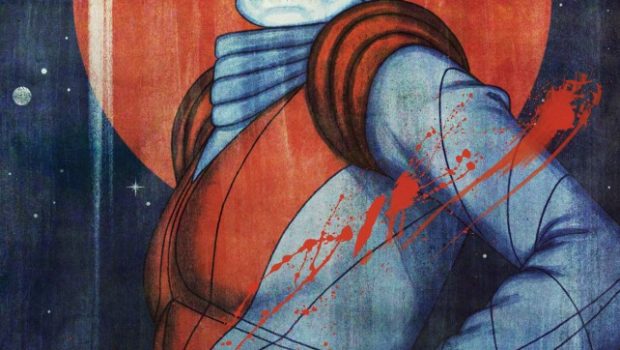 BOOM! Studios revealed today the variant covers of  KNOW YOUR STATION #1 by fan-favorite artists Jenny Frison (Once Upon a Time at the End of the World) and Tula Lotay (Faithless). KNOW YOUR STATION is a brand new five-issue limited series from the highly acclaimed writer Sarah Gailey (Eat the Rich, Magic for Liars), with star artist Liana Kangas (TRVE KVLT), colorist Rebecca Nalty, and letterer Cardinal Rae, that takes a stab at the ultra-wealthy, their dreams of escaping the very planet they’ve put in peril, and the consequences of a future that might not be so far away, available in December 2022.

Death is the great leveler, even for the 1%… the wealthiest people in the solar system abandoned the Earth for a private sanctuary in space, leaving the rest of us to die amidst cataclysmic climate change. But the ultra-wealthy won’t be safe for long…

A murderer is on the loose, specifically targeting the super-rich! Soon, Elise, an employee of the Avulsion Corporation, is wrapped up in a deadly investigation, with each issue of this outrageously macabre series featuring a new, diabolically different kill!

KNOW YOUR STATION is the newest release from BOOM! Studios’ eponymous imprint, home to critically acclaimed original series, including BRZRKR by Keanu Reeves, Matt Kindt, and Ron Garney; Something is Killing the Children by James Tynion IV and Werther Dell’Edera; Once & Future by Kieron Gillen and Dan Mora; We Only Find Them When They’re Dead by Al Ewing and Simone Di Meo; The Many Deaths of Laila Starr by Ram V and Filipe Andrade; Grim by Stephanie Phillips and Flaviano; Stuff of Nightmares by R.L. Stine and A.L. Kaplan; The Approach by Jeremy Haun, Jason A. Hurley, and Jesús Hervás; and the upcoming Damn Them All by Simon Spurrier and Charlie Adlard; Behold, Behemoth by Tate Brombal and Nick Robles; Specs by David Booher and Chris Shehan; Once Upon a Time at the End of the World by Jason Aaron, Alexandre Tefenkgi, Leila del Duca, and Nick Dragotta; and A Vicious Circle by Mattson Tomlin and Lee Bermejo. The imprint also publishes popular licensed properties, including Dune: Waters of Kanly from Brian Herbert, Kevin J. Anderson, and Dev Pramanik; Mighty Morphin and Power Rangers from Ryan Parrott, Mat Groom, Moisés Hidalgo, and Marco Renna; and Magic from Jed McKay and Ig Guara.

Print copies of KNOW YOUR STATION #1 will be available for sale on December 7, 2022 exclusively at local comic book shops (use comicshoplocator.com to find the nearest one) or at the BOOM! Studios webstore. Digital copies can be purchased from content providers, including comiXology, iBooks, Google Play, and Kindle.

For continuing news on KNOW YOUR STATION and more from BOOM! Studios, stay tuned to boom-studios.com and follow @boomstudios on Twitter. 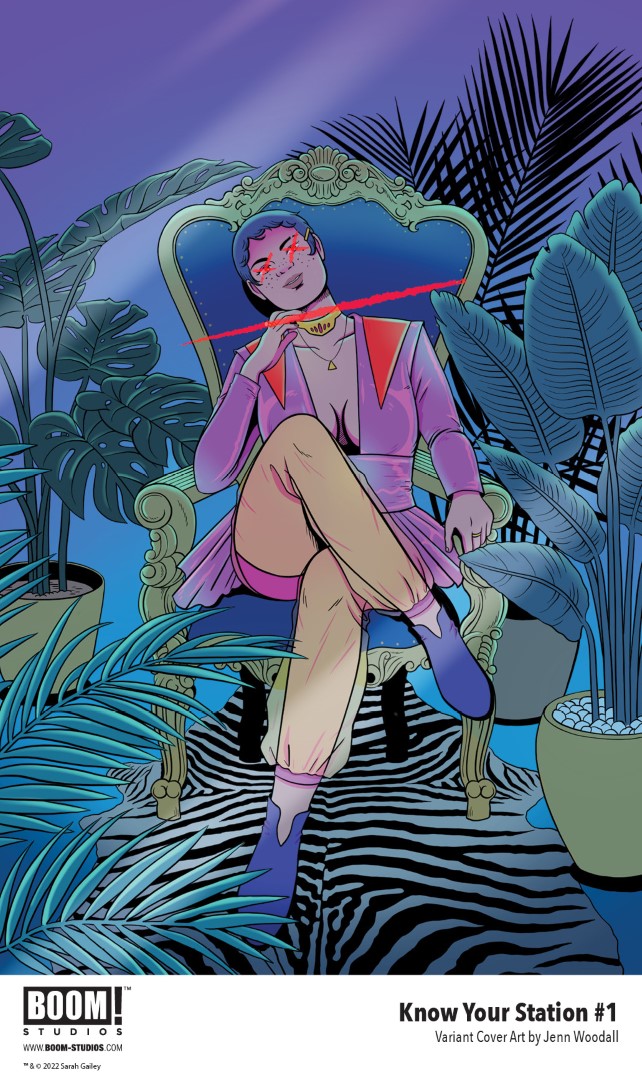 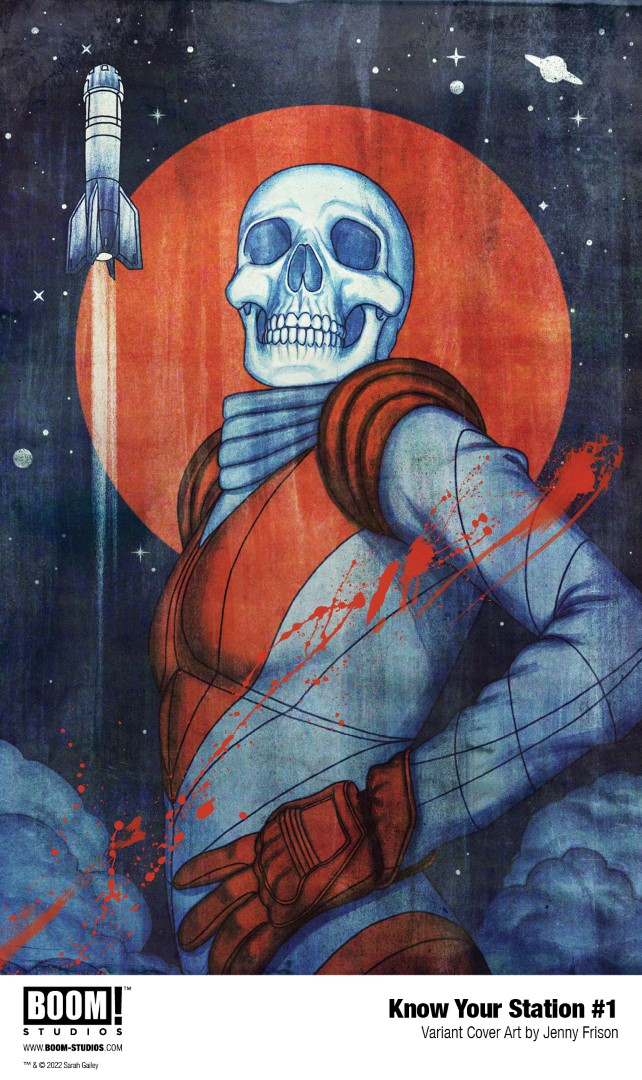 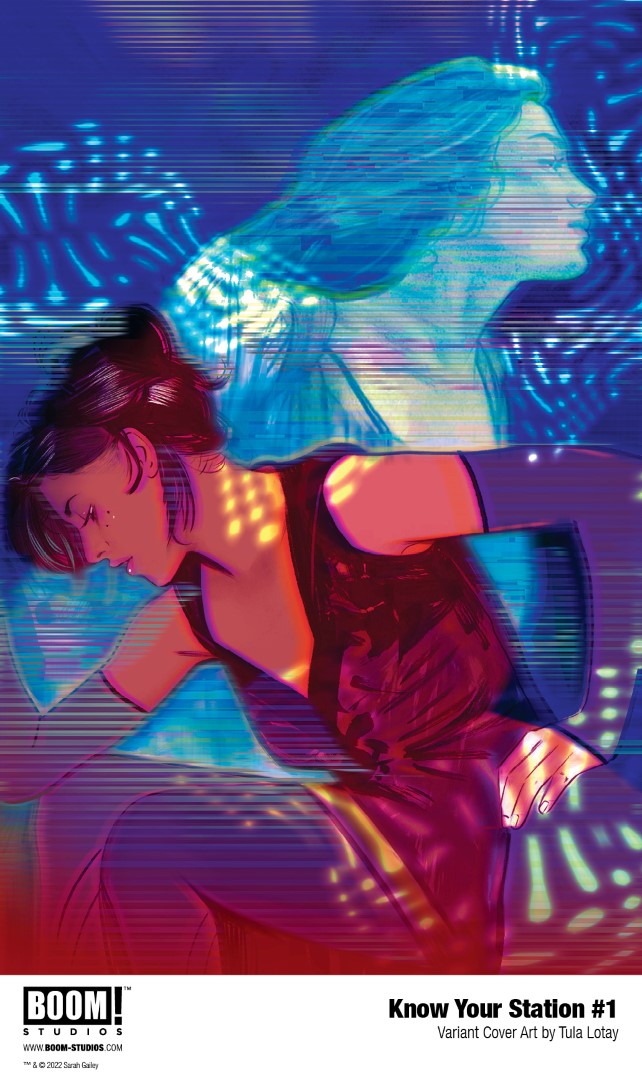 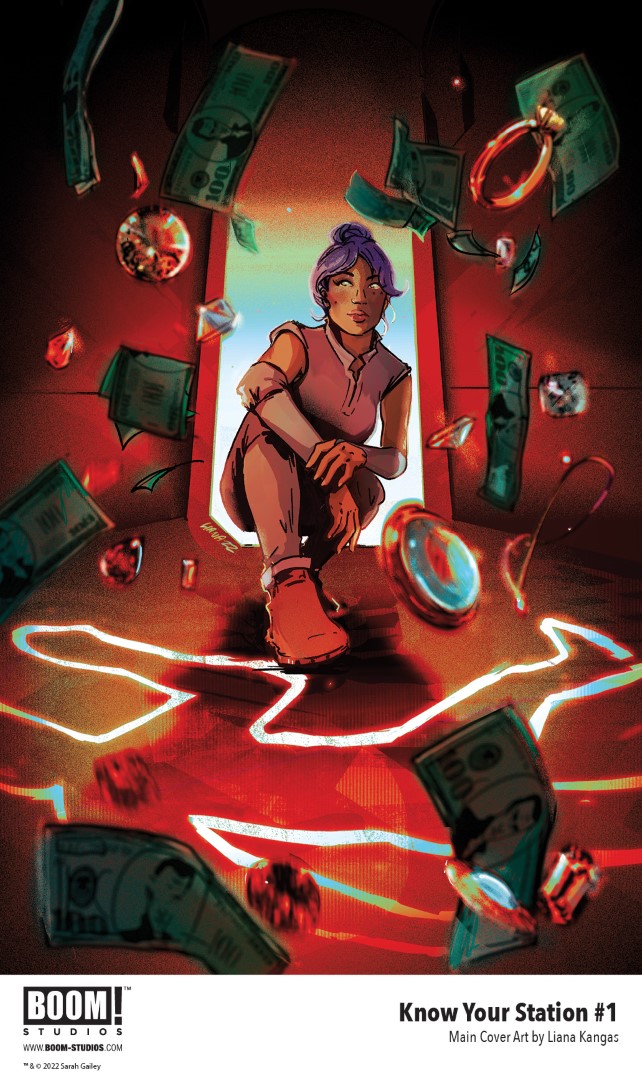 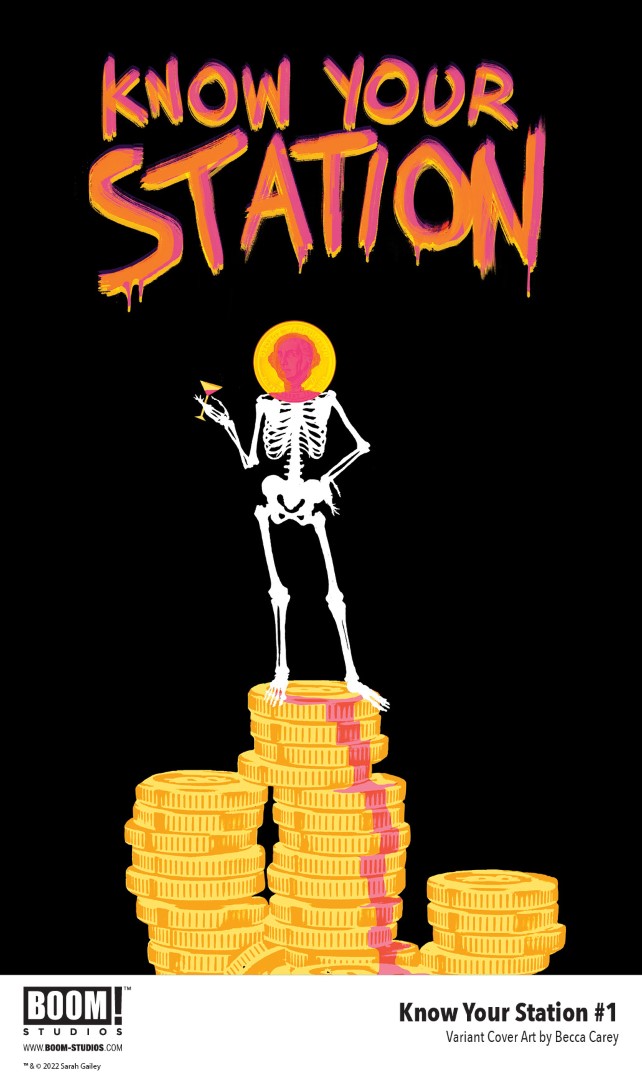