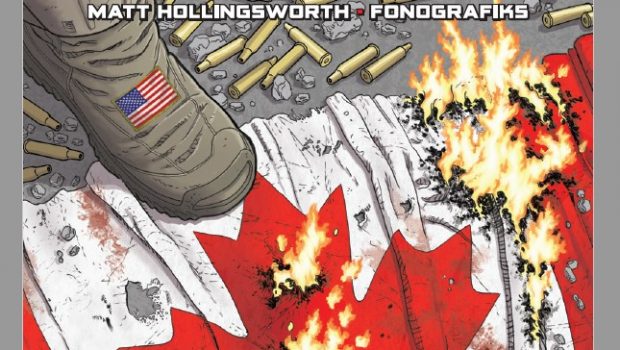 Summary: In what seems more plausible day by day... America invades Canada and the only thing stopping their complete control is a group of Canadian Citizens turned freedom fighters.

America is an interesting place at the moment… politically it’s in a unique place, environmentally it seems to be heading downhill… there are probably quite a few people who are thinking it’s looking better to head North. We Stand On Guard jumps a little further into the future and imagines what would happen if America invades Canada… who could possibly stop such an army? But Battles aren’t won on might alone. Never underestimate pride and courage in the face of oblivion because the tide of war can be turned in one swift move and the underdog can clutch victory from the (mechanical) jaws of defeat. 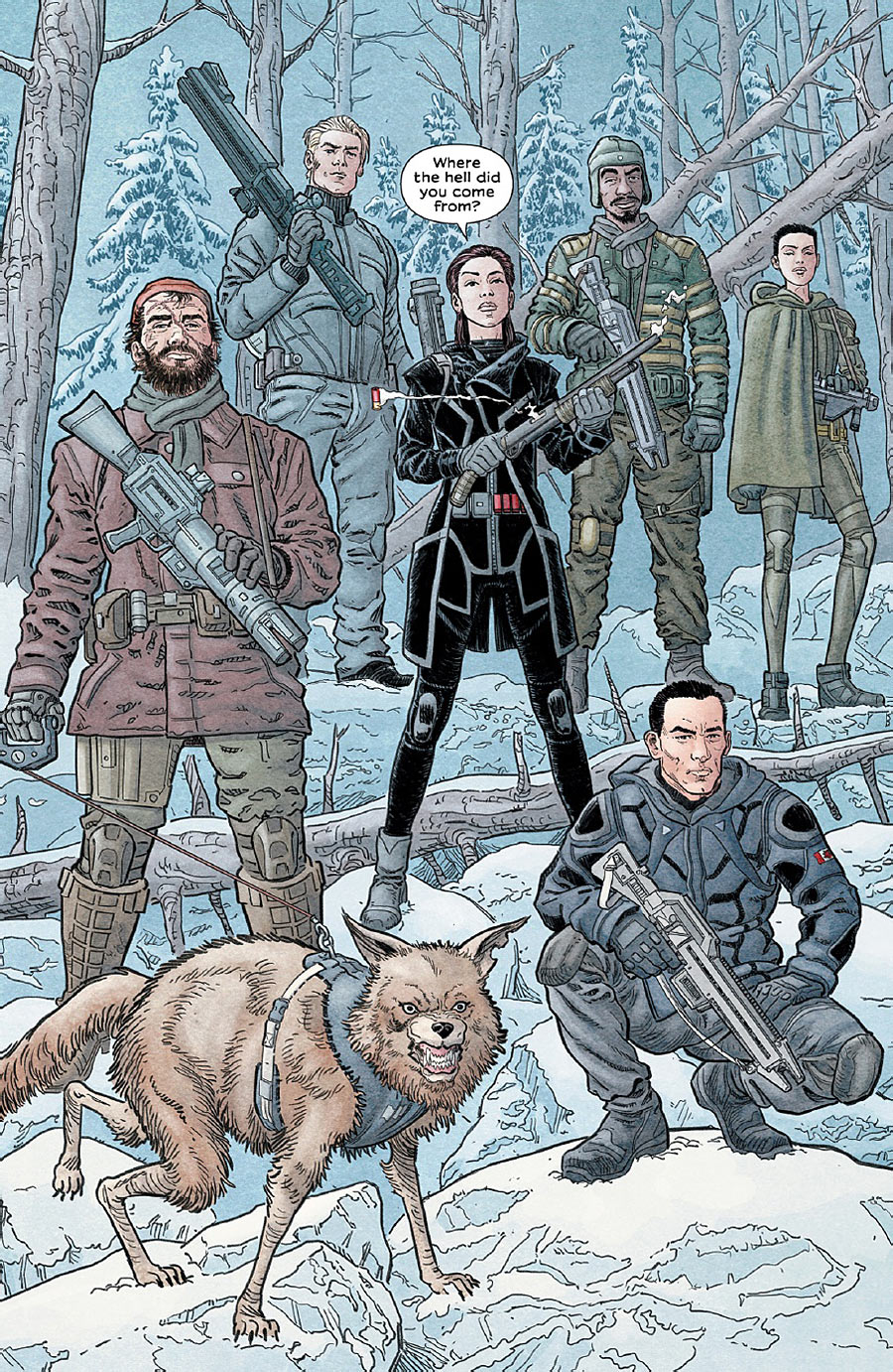 Many nations have played “the bad guy” in story telling… the middle east has taken it’s fair beating from Hollywood, so it’s interesting to see that table turned and America being painted as the evil force terrorizing the innocent. In what seems more and more possible these days, Brian K. Vaughan has just flat out said “hey… what if America just up and invades Canada?” What would happen… no doubt the U.S. would still be a military force to be reckoned with around 100 years from now… so how would anyone fight against that might? The idea of a guerilla army, one that uses cunning and native knowledge to help balance the odds as best they can seems plausible (after all, there are certainly examples of when technological superiority did not result in victory). Brian has also no doubt tapped into that all important Canadian Pride, obviously so well emphasized by the famous “We Stand On Guard… for Thee”. 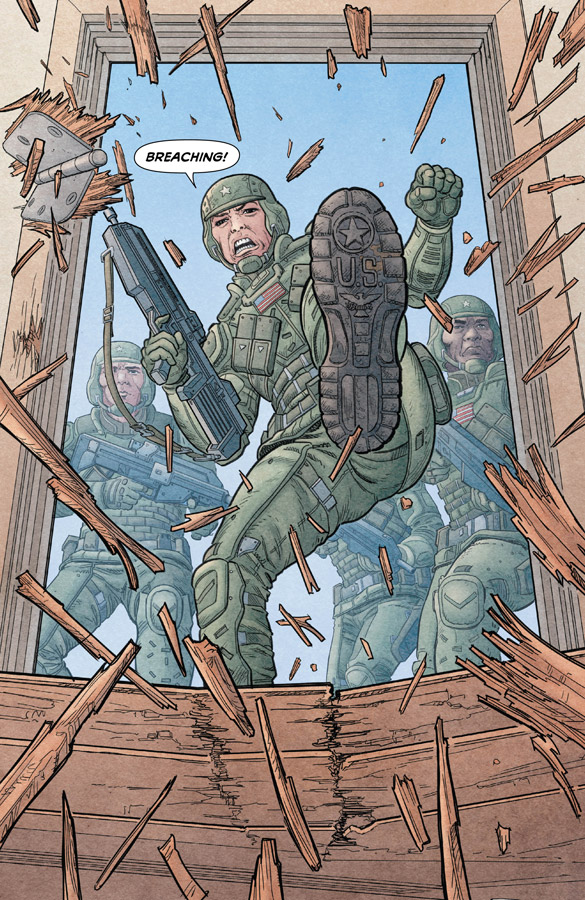 Steve Scroce has a lot of fun material to work with here. Freedom fighters, giant mechanized war machines, future tech… I can only imagine how much fun it would have been to come up with some of these things… doing so helps to bring this near future world to life. There are some lovely emotive panels in amongst the bloodshed too that shows Steve’s ability to use subtle expressions to draw the readers emotions further into the story. On that topic of bloodshed though… there are some fairly brutal depictions of battle, it’s certainly not appropriate for children. 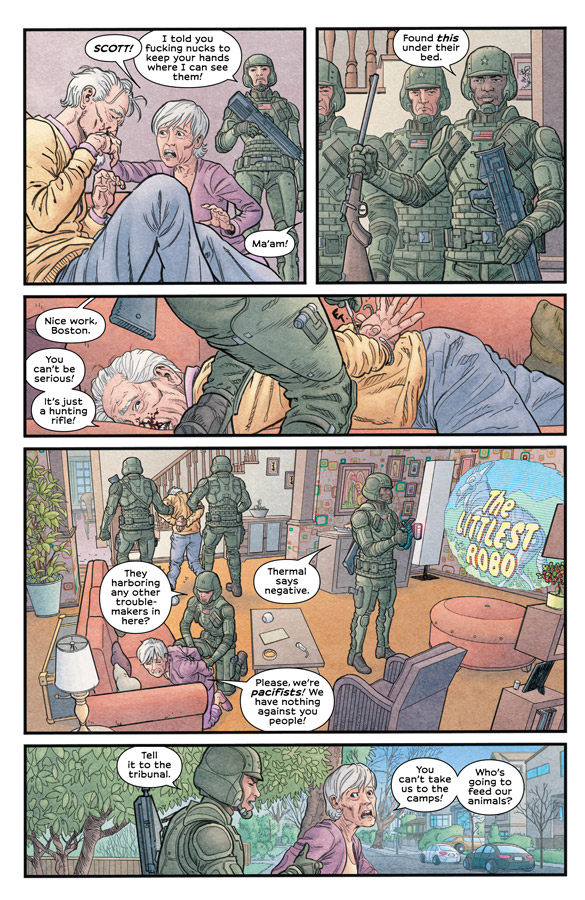 It really is quite refreshing to see the enemy being America instead of just about any other nation. I can imagine the rivalry between America and Canada would make this extra appealing to both side of the border (kind of like if someone created a similar themed story with Australia and New Zealand as the opposing forces). There’s a grittiness to the story though because Brian isn’t interested in making this rag tag bunch a group who somehow come through every scrape with only a few cuts and scratches… no one is safe… war is has no bias… and death will take whoever it wants. 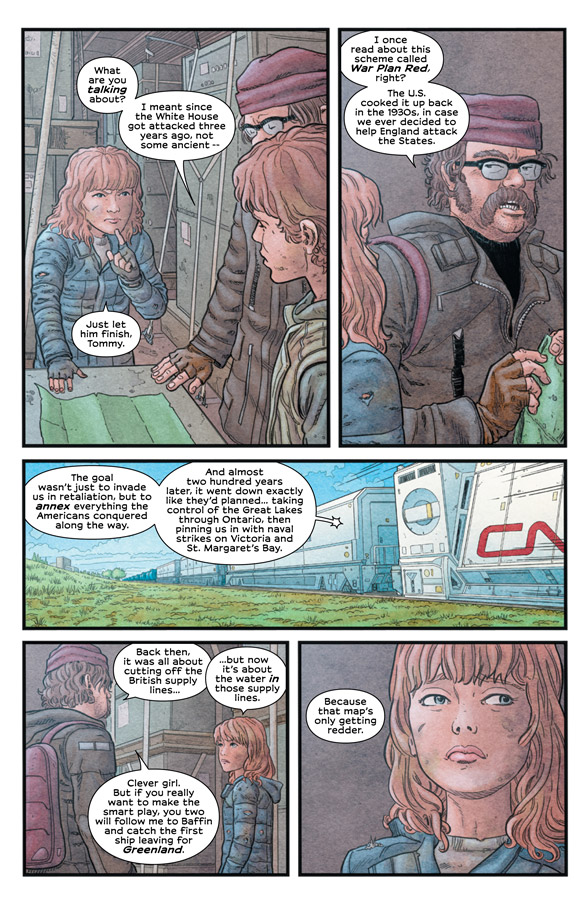