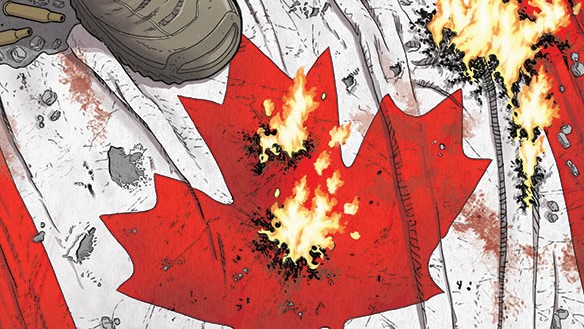 WE STAND ON GUARD HITS PAPERBACK THIS APRIL!

Image Comics is pleased to announce that the New York Times bestselling miniseries WE STAND ON GUARD, from Brian K. Vaughan (SAGA, PAPER GIRLS) and Steve Skroce (Wolverine, Doc Frankenstein), will be released as a trade paperback this April.

Set 100 years in our future, WE STAND ON GUARD follows a heroic band of Canadian civilians-turned-freedom-fighters who must defend their homeland from invasion by a technologically superior opponent…the United States of America.

Select praise for WE STAND ON GUARD:

“WE STAND ON GUARD punches you in the mouth, holds you by the throat, and squeezes your gut all the way to the last page.” —ComicsVerse

“A smart book filled with beautiful artwork that

you should be reading.” —Horror Talk 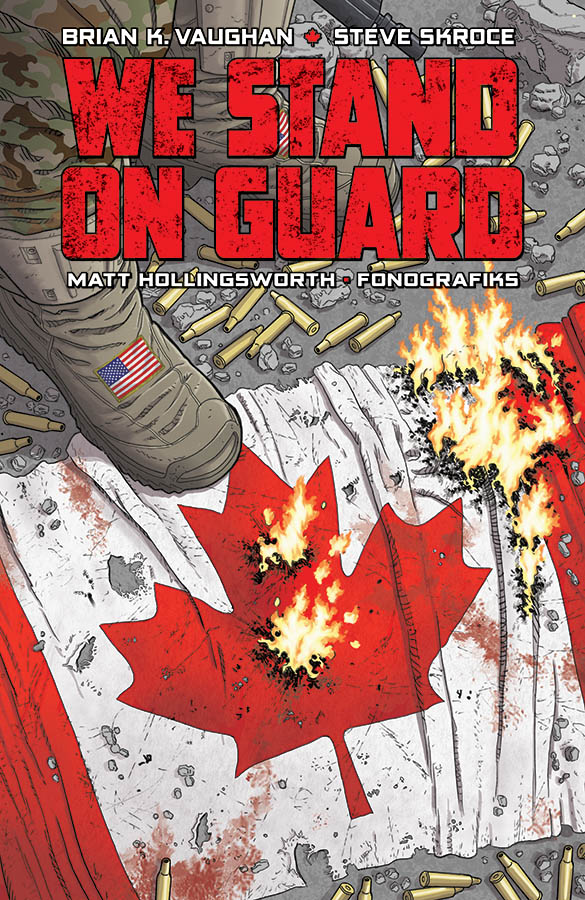