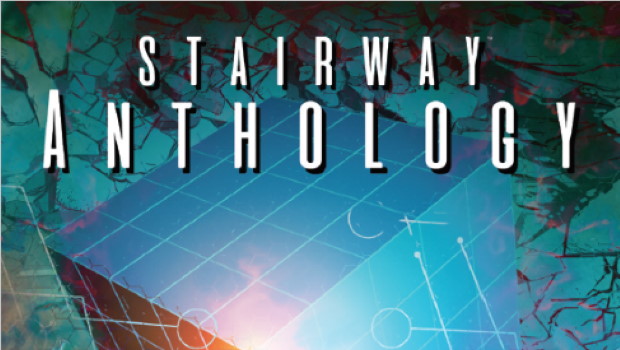 Summary: A collection of teasers for possible stories to come.

In the foreword for this collection Matt Hawkins explains his path to comics and how it ties in to this group of stories. Essentially they opened their pages to new writers and gave them space to tell their tales, the result is a mix of what might be described as “part ones” to stories that are just beginning and may grow beyond this book.

With so many different writers there are a lot of different voices here but they all share a sense of the bizarre or otherworldly, futuristic vibe. As mentioned above, the stories tend to read like part ones, as such they tend not to “end” as such. In fact some stop at points that certainly leave you wanting to know what happens next, a great place to be if indeed the story does continue. It’s an awesome concept from Top Cow, giving previously unknown talents a chance to get a foot in the door, to have their voices heard and to make a mark for themselves. There are some quite compelling stories here too so there’s bound to be something that will take your fancy.

The artwork varies much like the writing and in the same way it will present some styles that will be to your liking some that may not. I found most of the artwork quite enjoyable, nothing got too crazy or complicated to follow. But I did have one standout for looking a bit rough, that was Spirit of 666 some of the shading in the panels for that story just look like scribble rather than neat cross hatching or controlled lines and it’s a shame because other than that the art is quite good and the characters have a pretty cool style to them… but it’s a bit distracting when you are looking at a character who looks like their child tried to draw a beard on them with a pen.

I’m a bit iffy about “preview” style comics. On the one hand you get a decent variety of stories and styles which can be quite refreshing. On the other hand you have stories that might just have built up their steam at the point they abruptly end and then you have to hope that indeed the story was picked up to continue, otherwise you are left feeling very unfulfilled. Having said that, I think the concept is awesome and I hope the writers and artists go on to bigger and better work (which includes finishing the tales here).

If you like a bit of teaser comic style then I’d say jump in and support these talents, if you can’t stand being left with cliff hangers, maybe give it a miss.