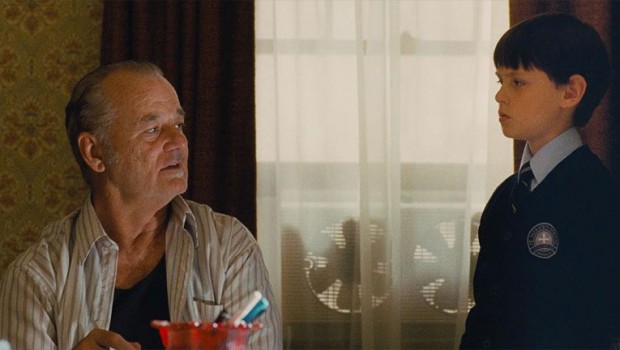 Summary: St Vincent is a middling effort in the feelgood genre of the embittered old man realising he still has positive things to contribute to those around him

While not entirely abandoning his comedy roots, in recent decades Bill Murray has carved himself a career as a serious actor in films such as Rushmore, the Royal Tenenbaums, and now St Vincent (written and directed by Theodore Melfi).  It’s not an unusual trajectory to take; after all, most actors crave the respect of their peers, and what else but dramatic roles for a comedian? 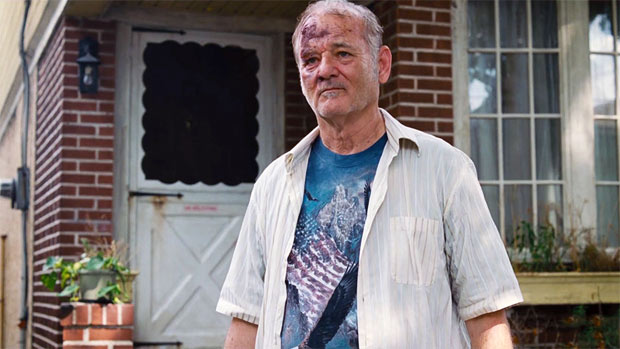 St. Vincent provides Murray with another meaty dramatic role.  He plays curmudgeon Vincent MacKenna, a Vietnam veteran with seemingly no redeeming features, adrift in a world that he’s lost connection to.  If he’s not entertaining pregnant ‘lady of the night’ Daka (Naomi Watts in a very different role) every Tuesday, he’s off to the races gambling money he doesn’t have and having to fend off the attentions of loan shark Zucko (Terence Howard).  His house is a mess, his finances are worse, and yet through it all, Vincent just gets sourer and sourer.

Into his world come newly separate mother Maggie Bronstein (Melissa McCarthy) and her adopted son, Oliver (Jaeden Lieberher).  Through a series of events, Vincent agrees, for a steep fee, to babysit Oliver after school while his mother works the long hours demanded over her in the radiology department at the local hospital.  With plenty of afterschool time on their hands, and with no other supervising adults around, Vincent and Oliver get up to all manner of amusing hijinks.

St.  Vincent isn’t a bad movie by any stretch.  At its core, the movie demonstrates even the most bitter of people are capable of good.  It is well made, and the principal actors all work hard to bring the script to life.  But it’s a movie that ducks the central issue facing each of the characters, opting instead for a happier outcome than is perhaps warranted.  The grit of the early part of the movie falls away to reveal a saccharine afterglow that doesn’t convince, or doesn’t seem warranted given the set up.  In essence, none of what we see happen rings true.

Despite this, Murray is great in a role that demands he play unsympathetic curmudgeon intent on offending everyone he meets.  Oliver presents an understandable shot at redemption for him, which Vincent unwilling embraces as his interaction with the boy draws him out of his empty world, into a life promising something more than what he has settled for. 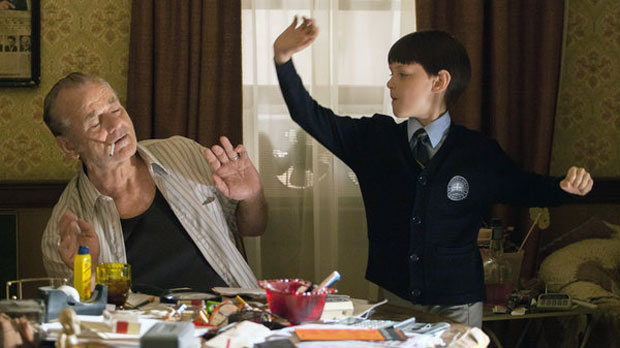 While the characters are well played, allowing an insight into the world each inhabits, it’s the story that lets down the proceedings.  As mentioned earlier, there’s a disconnect between the subject matter and how they’re depicted on the screen.  The ending is too pat, the resolution to each character’s arc too neat and tidy.  The main culprit here is the puzzling omission of two scenes that are shown in the deleted scenes featurette.  For the sake of less than two minutes, we are left to puzzle how Vincent makes right with his debts, and can afford to support Daka and her newborn baby.

However, despite your reviewer’s reservations, St. Vincent is worthwhile watching.  The performances are strong, and if the movie does skip too carelessly over some aspects of the story, it does leave you with a smile on your face.

Overall:  entertaining more in its setup than resolution, St Vincent is a middling effort in the feelgood genre of the embittered old man realising he still has positive things to contribute to those around him.  Let down by a script that doesn’t follow through, and missing two key scenes, it’s still worthwhile viewing on a rainy Saturday afternoon.  3/5

Visual:  the image is crisp and clean, with solid blacks.  The lighting is naturalistic, in keeping with the large amount of location shooting that took place.  5/5

Audio:  crisp and clear, the audio never leaves the audience scrambling to understand what is going on.  An interesting feature is the soundtrack, which features American music from the era of Vincent’s heyday.  5/5

Special Features:  a package of deleted scenes are the usual superfluous collection of edits which never made it to the movie proper, with the exception of the aforementioned duo of cuts which would’ve added immeasurably to the viewing experience.  An interesting insight into what the director/editor considered unworthy of making the final cut.  4/5