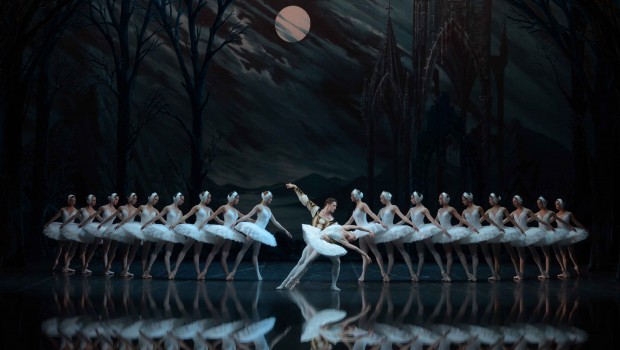 Hailed from London to Paris, the internationally acclaimed St Petersburg Ballet will arrive in Melbourne in  June 2015 to present their full-length classic production of the world’s most loved ballet, Tchaikovsky’s Swan Lake.

First performed in St Petersburg in 1895, the immortal and enchanting Swan Lake, with its unrivalled “white acts”, its spectacular and dramatic ballroom scene, sublime music and deeply moving story, is the ballet that towers above all others.

Swan Lake will be presented at the new performance venue, Plenary at the Melbourne Convention and Exhibition Centre from Saturday June 20 2015. This will be the first time a ballet presentation will be hosted at Plenary, a plush, state-of-the-art theatre space that has previously hosted performances by Melbourne Symphony Orchestra and other major theatre events. Tickets for the limited Melbourne season go on sale at 9am on Monday October 27 2014.

Founded in 1994, The St Petersburg Ballet is renowned globally not just for its beautiful Vaganova trained dancers but also for its stunning, grand, full-length productions. The Company travels internationally complete with breathtaking scenery and magnificent costumes. It is the only classical ballet company in the world that is completely independent of government financial aid or sponsor funding. The Company has in its repertoire the
classical masterpieces Giselle, Don Quixote, La Bayadère, Les Sylphides, Paquita, The Nutcracker and Sleeping Beauty. The incredibly popular company is in such demand that it gives 200 to 250 performances every year.

As producer of the tour with decades of experience in presenting quality Russian ballet in Australia, Andrew Guild said, “The St Petersburg Ballet is truly traditional Russian classical ballet at its very best. This is the real thing, grand-scale Russian ballet. A complete classical full-length work. If you see only one ballet in your life, let it be this.”

The 55 member St Petersburg Ballet continually collect rave reviews around the world. Since inception, the Company has toured to six continents with performances in Spain, Germany, Belgium, The Netherlands, Great Britain, Ireland, France, Italy, Austria, USA, Brazil, Turkey, South Africa, South Korea, New Zealand, Japan, China, Macau and Taiwan. The Company first performed in Australia in 1999. They are regularly seen in Paris at
Théâtre des Champs-Elysées and have been seen on such celebrated stages as the Royal Albert Hall, Bunkamura Hall in Tokyo, the National Theater in Tapei and the National Theatre in Beijing.

The 2015 Melbourne season is part of an international tour that includes performances in Johannesburg, Cape Town, Singapore and Perth. In Perth the company will be presenting Swan Lake and Giselle at His Majesty’s Theatre.

In August 2015, following the Melbourne season of Swan Lake, The St Petersburg Ballet will be presenting Swan Lake and La Bayadère, at the London Coliseum.

Tickets for the limited Melbourne season go on sale at 9am on Monday October 27 2014.