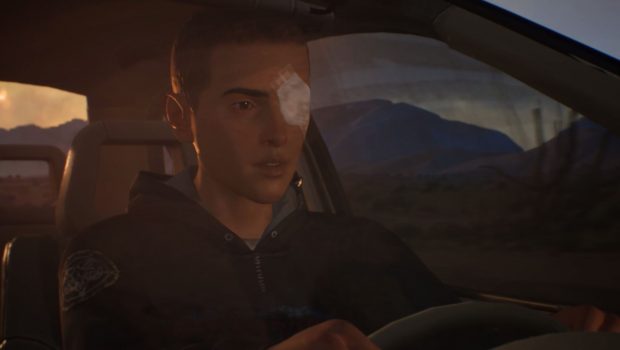 The Diaz brothers’ journey towards a new life in Mexico reaches a turning point in Life is Strange 2, Episode 4 ‘Faith’! From Square Enix External Studios and Raoul Barbet & Michel Koch’s Life is Strange team at DONTNOD Entertainment, the second season of the award-winning franchise continues on August 22nd, 2019.

The saga picks up in a Humboldt County, California hospital room where Sean, gravely wounded, wakes up to find that Daniel is still missing. Under arrest, and facing tough questions from law enforcement, Sean is running out of options. Only quick thinking and unexpected allies can secure his freedom.

“In Episode 4, we re-join Sean at his lowest point. The disaster that separated him from his brother has scarred him for life, and he is lost, alone and in quite a bit of trouble,” said Michel Koch & Raoul Barbet, Co-Creative Directors of Life is Strange 2. “Sean is already at a breaking point, and now faces some of the toughest situations in his life as he desperately searches for Daniel, whose absence hangs heavy over the whole episode. Considering what happened in that California Redwood forest, even if he can locate his brother – he can’t be sure of who, or what he will find.”

Searching for Daniel under the scorching Nevada sun and through freezing desert nights, Sean must make his toughest choices yet. Puerto Lobos and the dream of freedom have never felt so far away.

Will Sean’s faith in Daniel be rewarded – or is the younger wolf lost forever?