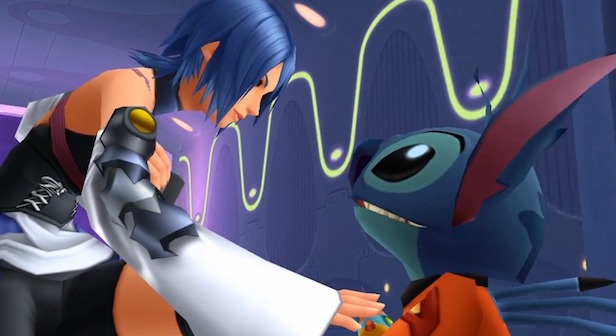 SYDNEY (15 October, 2013) – Square Enix Ltd., the publisher of SQUARE ENIX® interactive entertainment products Australia, New Zealand, and other PAL territories, today announced at D23 Expo Japan that it has officially begun development for KINGDOM HEARTS HD 2.5 ReMIXfor the PlayStation®3 System. A follow up to the recently released KINGDOM HEARTS HD 1.5 ReMIX, the title is slated for release next year across Australasia and other PAL territories.

Picking up after KINGDOM HEARTS HD 1.5 ReMIX, players will be able to continue on their adventures with Sora, Donald Duck and Goofy, and also explore the origins of the KINGDOM HEARTS series with characters Terra, Aqua and Ventus – all with gorgeous high-definition visuals and enhanced gameplay mechanics. KINGDOM HEARTS HD 2.5 ReMIX will provide fans with the chance to replay key titles in the celebrated series, and serves as the perfect lead into the highly anticipated KINGDOM HEARTS III, which is set to be released on the PlayStation®4 system and Xbox One®.