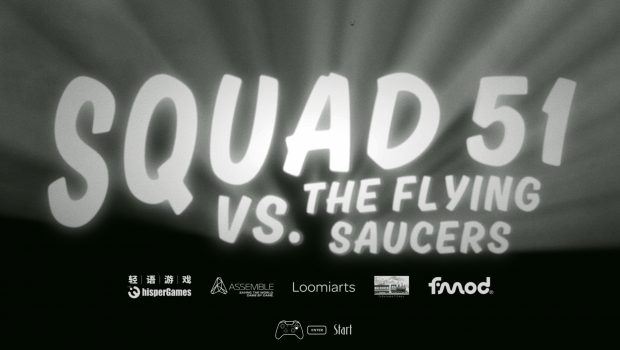 Squad 51 vs. the Flying Saucers Review

Summary: Squad 51 vs. the Flying Saucers is a complete love letter to gaming and film media of old. It's charm honestly can't be contained

Squad 51 vs. The Flying Saucers is such a love letter to both film, and games of a bygone era it’s not even funny. I’m sure when you read that, you may have thought to yourself “Film AND games?” and yes. Squad 51 is FMV Shoot ’em up. Before I played this game, I honestly didn’t think something like this would have ever been possible, but thankfully for us,  Squad 51  combines these genres and does so masterfully. That all being said since this is a fusion, lets take a look at Squad 51 in two parts, first the FMV segments, and then the SHMUP. 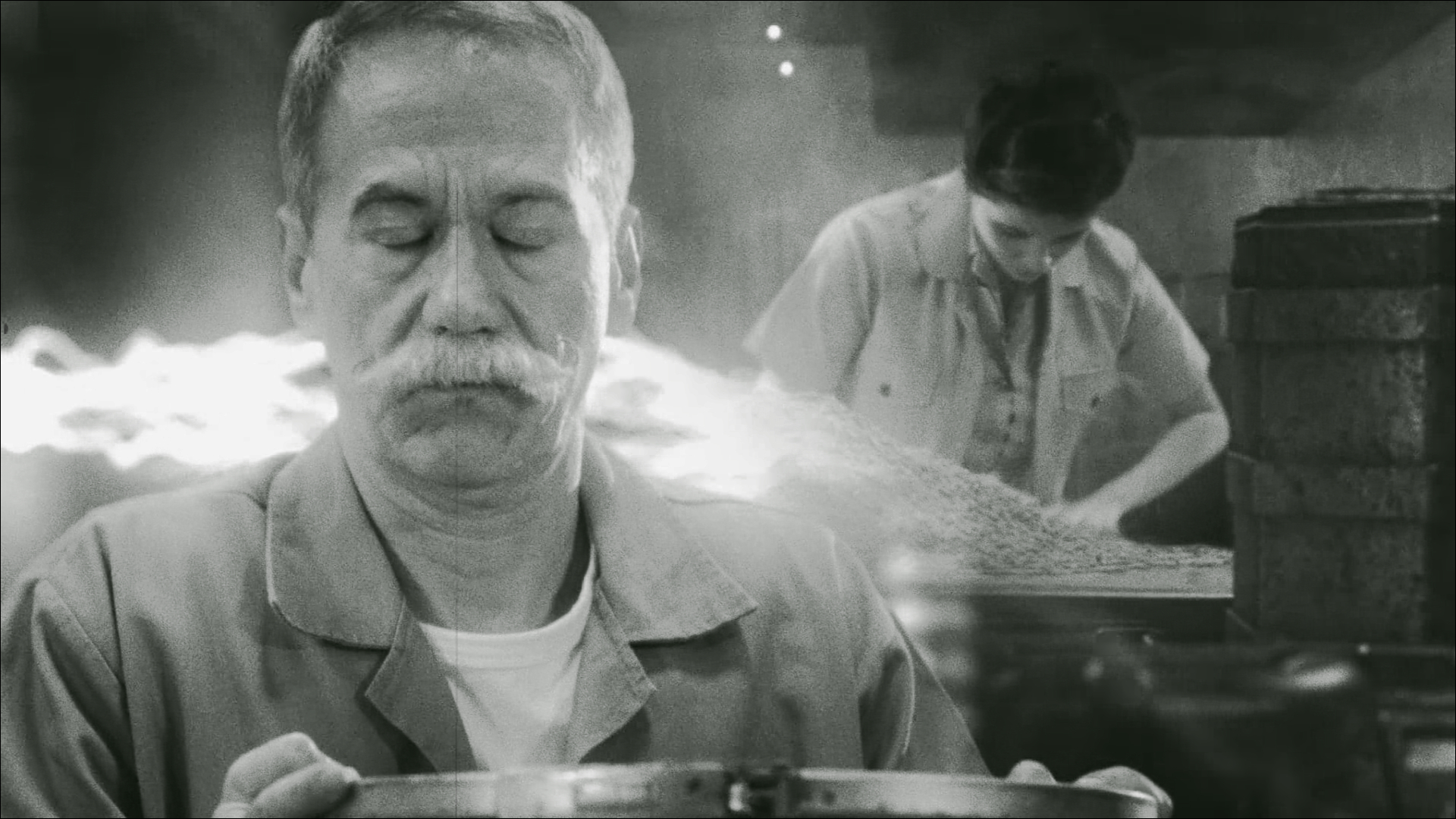 For those who may not be familiar, FMV means Full Motion Video. Up till a few years ago this genre of game was mostly in the past. Games like Contradiction and The Bunker have brought the genre back to life. Squad 51 takes huge influence from films Sci-Fi films made in the 50s, and as such comes with a bunch of camp. I thought it was a nice touch to even have the flying saucers being held up by visible strings. As for the acting, it’s kind of hard to tell if it’s good or not. I think everyone does a good job in their respective roles, but, since everything is supposed to be so campy I don’t really know if it’s good. It is however, very enjoyable throughout and adds to the overall experience. 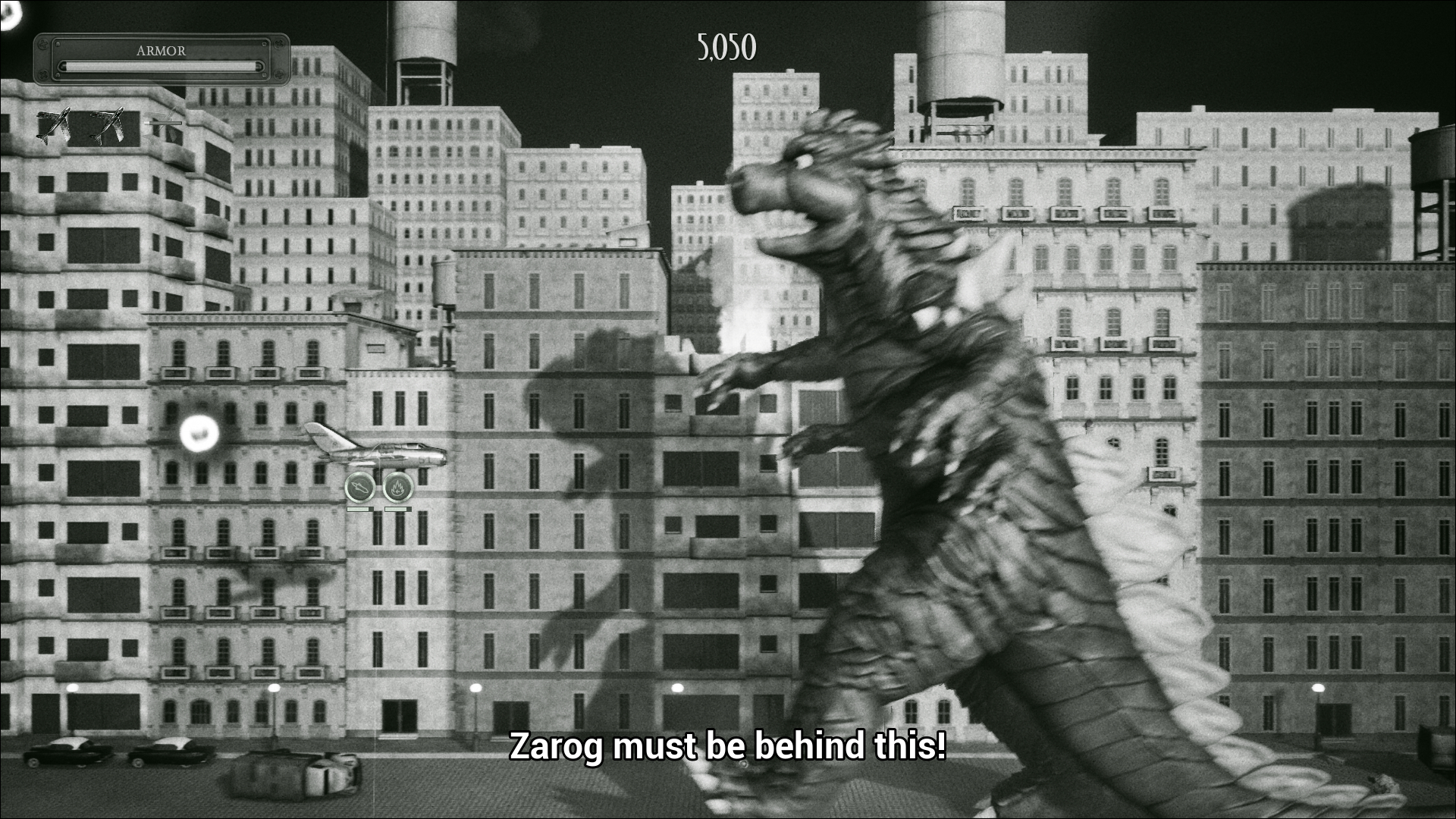 Of course this would all be for not if the actual gameplay isn’t good, but luckily it’s enjoyable if not spectacular. If you have ever played a Shmup, you’ve played Squad 51. There are a total of 11 levels, where the goal is to just make it to the end of said levels. The level design is a plus though, some are really cramped as you fly through a cave, or a warehouse, while others are outside and you can scroll way up and down on the screen. This kind of creates freedom with how you traverse the levels, as there are different obstacles on different planes. There are two big stand outs when it comes to gameplay. The bosses are fantastic, and take up the entire screen. It feels great to shoot them down, and the visual design again is a plus. The other big stand out is the leveling system. You level as you earn points, and with these points you can upgrade your guns, change your weapons, take less damage and more. I like that you continue to level even if you fail at a level. This makes it so you never truly feel stuck. 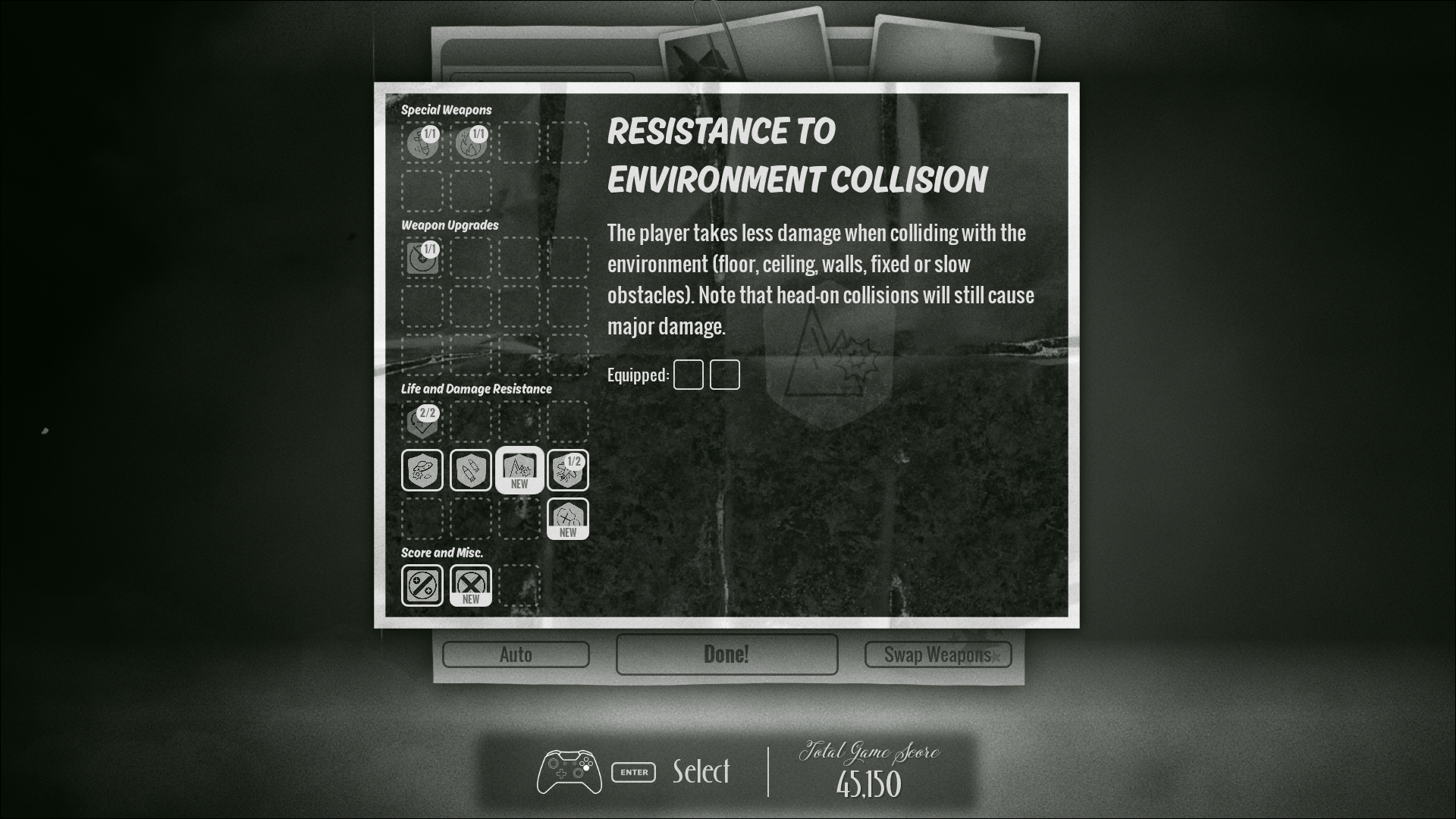 There isn’t a ton to complain about but if I had to nitpick, the visuals can sometimes get in the way of visibility. There were a few times in my playthrough that I died due to not being able to keep track of the bullets on screen. I believe this is because everything is in black and white, and on top of that there is a LOT of visual noise going on. I’m not going to say that is completely the games fault, but, I feel like it had to be mentioned. The only other thing that comes to mind is that the game is fairly short. I’m not very good at this genre, and I was able to beat it in under 4 hours, and for that amount of content, I’d say that $20 is just a little steep, but it’s not bad.

Squad 51 vs. the Flying Saucers is honestly pretty great. You can just tell this game was made with love, and it shows. Between the unique FMV approach to Shmups, and it just being an overall good game, I’d say give it a go, even if the price point is a little bit much.