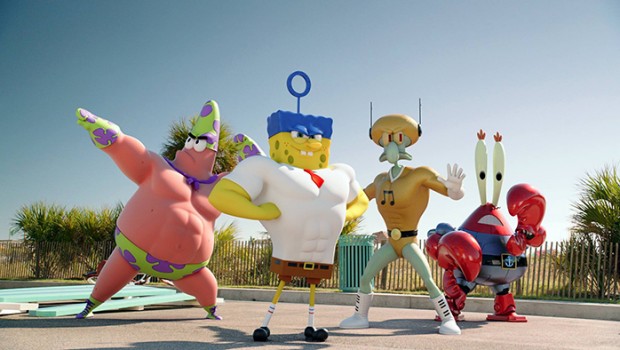 THE SPONGEBOB MOVIE: SPONGE OUT OF WATER

SpongeBob SquarePants, the world’s favourite sea dwelling invertebrate, comes ashore to our world for his most super-heroic adventure yet. Description Left to right: Patrick Star (as Mr. Superawesomeness),SpongeBob SquarePants (as The Invincibubble), Squidward Tentacles (as Sour Note), and Mr. Krabs (as Sir Pinch-A-Lot), in SPONGEBOB: SPONGE OUT OF WATER, from Paramount Pictures and Nickelodeon Movies.