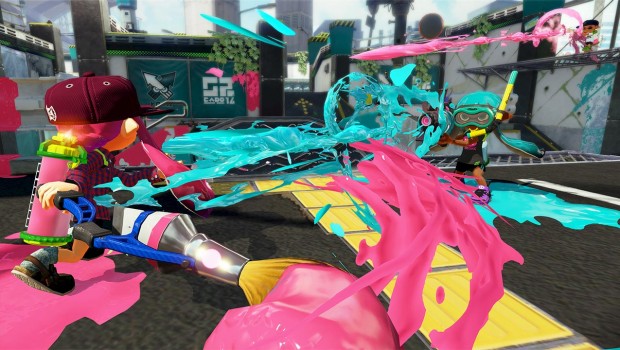 Splatoon Needs You for Important Squid Research – Free Game Demo Available on Wii U at Specific Times This Weekend Only!

8th May 2015 – Are you a budding Inkling wishing to whet your tentacles before the launch of Splatoon on 30th May? Announced as part of a squid-dedicated Nintendo Direct, a free Splatoon Global Testfire demo is now available to download from Nintendo eShop for Wii U, enabling any Wii U user with a broadband internet connection to play 4-on-4 online Turf War battles this weekend only at specific times!

Splatoon is a wild new game from Nintendo that combines the creative and family-friendly fun Nintendo is known for with ink-spraying, turf-claiming action. Just like Mario Kart changed the way family and friends play racing games together, Splatoon welcomes players of all ages and skill levels to the world of the action shooter.

Among a splash of new updates delivered by the team at the so-called Squid Research Lab during today’s Nintendo Direct broadcast, Splatoon users can look out for a raft of free post-launch content coming their way after 30th May, with the release of new stages, weapons, gear and modes that will continuously evolve the gameplay experience. To view the Nintendo Direct in its entirety, visit http://www.nintendo.com.au/nintendodirect – Today’s announcements include:

For more information on Splatoon, please visit the game’s website.