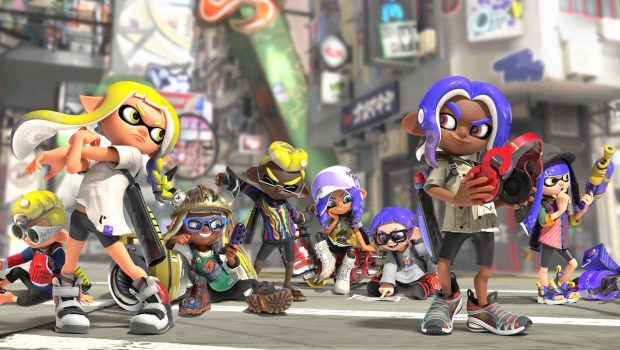 Summary: It may be more of the same, but Splatoon 3 is the most refined experience yet!

Quite possibly the biggest Nintendo Switch game of the year has arrived, and while Splatoon 3 may look exactly the same as its predecessor on the surface, it’s only after sustained time with the game that you truly begin to appreciate what Nintendo has been able to achieve with a third outing.

Let’s get this out of the way early – if the ink-splatting multiplayer or the co-op horde mode of Splatoon 2 was not your thing, then you will not enjoy Splatoon 3. For all intents and purposes, Splatoon 3 is the exact same game, without any major redefining features, or game-changing additions that would entice someone who did not connect with the Squid Kids on their first two outings. For better and for worse, Splatoon 3 is the most streamlined version of the experience, but it is something that you have experienced before.

So with that said, dive into the ink and see what Nintendo has painted this time ‘round. 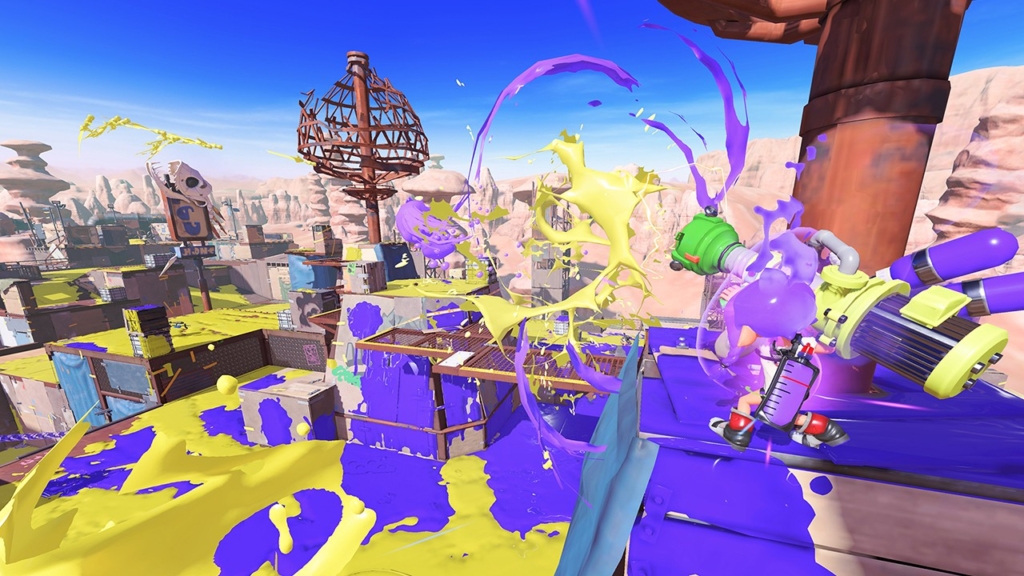 Single-player has always felt like an afterthought for the Splatoon franchise, but the campaign featured here has some truly great moments that fill out the strange and dark lore that makes up the world. Exploring the island of Alterna, the campaign fills out the backstory of how the Squid Kids came to be, where all the Humans went, and has you dealing with a fuzzy new foe that is rising up. Reading between the lines, the lack of humanity, and the return of mammals is truly dark, but Splatoon 3’s more interested in serving you up a fun and friendly 8-10 hours of inventive platforming, puzzles, and combat challenges than exploring the environmental apocalypse.

And for the most part, the campaign is enjoyable. The level design on display is another reminder that Nintendo’s internal teams are miles ahead of the competition, utilizing the ink splatting mechanics to their fullest while delivering what is the most fun that a Splatoon campaign has been able to offer as a solo experience. However the enemy design definitely gets a little long in the tooth, as you continue to complete the challenges, rid the island of the fuzzy ooze, until you reach the end.

But where Splatoon 3 really shines is the robust multiplayer offerings. The stock standard Turf War makes a return, pitting two teams against each other as they ink, splat, swim, dive, and attempt to control as much of the stage as possible. It was fun in 2016, and it’s still fun today. The bite-sized three minute matches mean it’s a low commitment to get in, and it has that dreadful “just one more” trait that will leave you wanting for more, and quickly realizing that you’ve accidentally stayed up till 5AM. 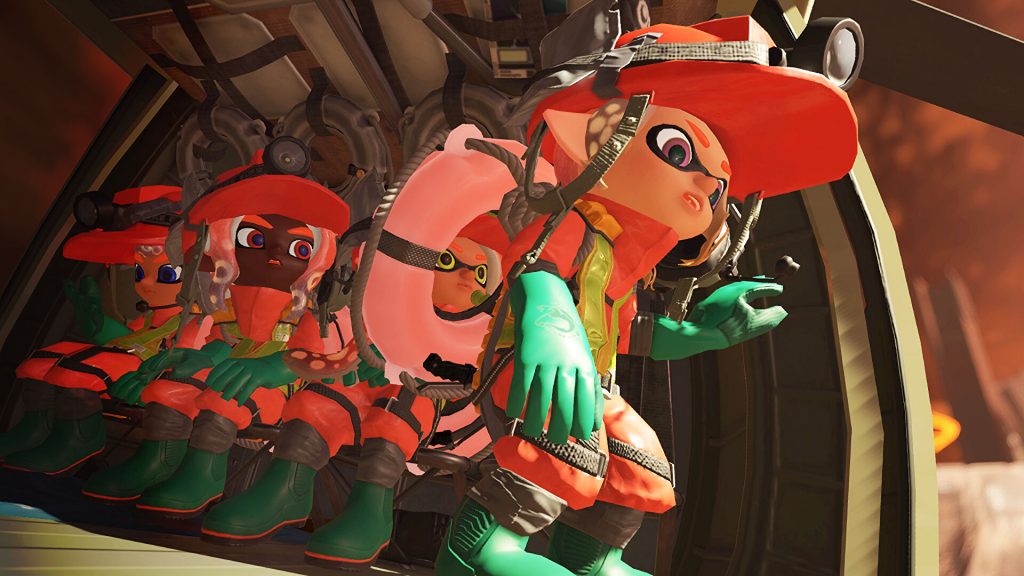 But like everything else in Splatoon 3, nothing has really changed with the offering. There’s a healthy rotation of maps, bringing back all the classics from the first two games with a fist full of new ones, but the same stilted 2 maps on rotation every few hours with based on the rotation system makes if feel a little smaller than it is. Thankfully the new maps are filled with tight angles and plenty of verticality, allowing the longer range weapons shine, and giving the tight windows needed for the Splatana’s to really work.

“Did you just say Splatana?” Splatoon 3 has brought in a few new weapons, but the most exciting one is the Splatana, a katana made from a windshield wiper that flings paint with ferocity that is devastating in squid-to-squid combat up close. Paired with a buddy who has a longer range weapon, you’ll find that the Splatana is a very formidable build to take online, and you’ll be levelling up your gear in no time.

For those who are more competitively inclined, the Anarchy Battles allow the best Squid Kids to head online and fight in ranked matches, either as a standalone battle, or as part of a 5 match streak series. Anarchy Battles are objective-based matches, that offer varying experiences from capture and control to depositing clam shells in the enemy base. While incredibly fun (and frustrating because DAMN that Japanese Spaltoon community is so good), I found that these objective modes are not explained well enough for players jumping into the for the first time. Countless matches in C rank with squids swimming aimlessly never feels like a good time, and during these early days of the game, that happens more often than you would like.

The excellent Salmon Run mode is back, and unlike Splatoon 2 where it rotated in and out of availability, you can team with with friends and face off against the horde any time you wish in Splatoon 3. A team of four will face off against three increasingly more difficult waves of enemies as they collect golden eggs to fill their quota and complete the mission, and the bosses all have their unique weaknesses and attacks that you need to deal with in order to succeed. It’s a whole lot of fun, and for me, a player who tends to stick with the weapons that they know, being forced to use a paint bucket to take down a giant UFO is not only fun, but a good way to learn new weapons.

Here’s that line again though – while a little better, it’s just more of the same.

Tonnes of cool clothes to unlock, make the most fashionable squid kid around, and enjoy the perks of leveling up your gear? More of the same.

Inventive weapons all based around the idea of sloshing paint on every surface? More of the same. 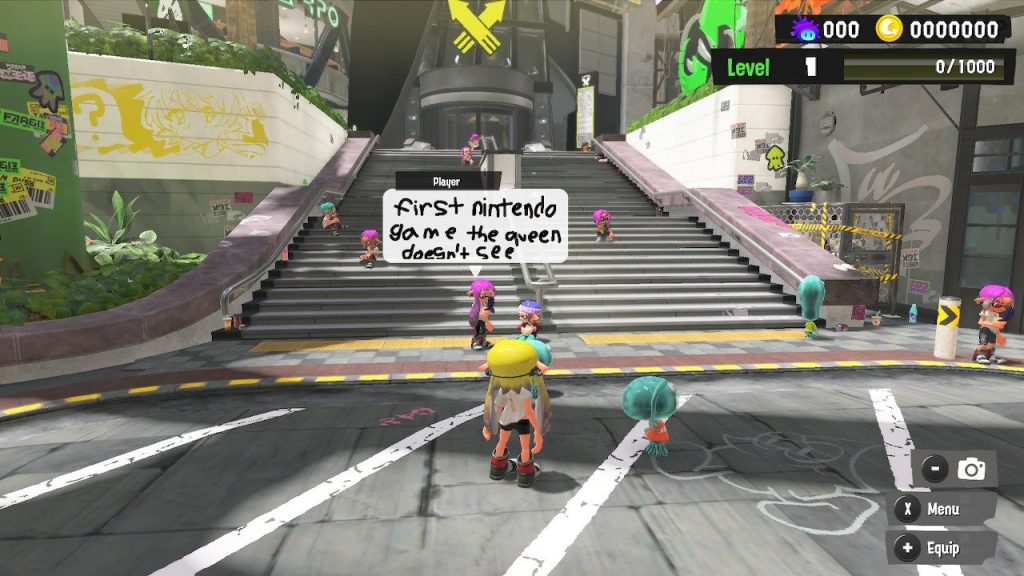 Top tier shit posting via the in-game Miiverse clone, where the very first thing I saw in Splatoon 3 was a bespoke, hand-written message that Splatoon 3 would be the first game that the late Queen Elizabeth wouldn’t get to play. More of the same.

But hey, for Splatoon fans, more of the same is exactly what we needed.