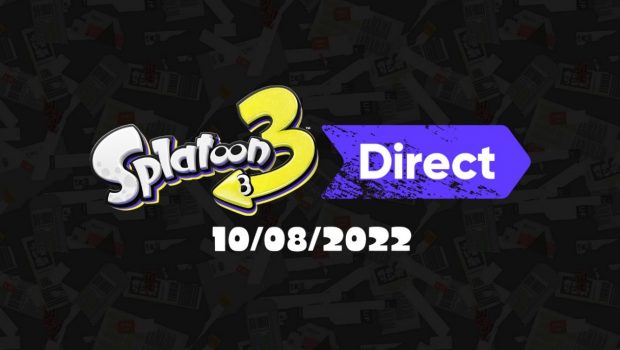 A new 30-minute Splatoon 3 Direct video presentation took viewers for a deep-dive into the newest entry in the Splatoon series. Splatoon 3 launches on Nintendo Switch on 9th September.

The presentation showcased new details about Splatoon 3’s three main modes: Turf War*1, the iconic four-on-four team battle to ink the most ground; Salmon Run, a co-op mode in which a team of four fends off waves of dangerous Salmonid bosses together to collect Golden Eggs; and the fresh single-player Story Mode, featuring the “Return of the Mammalians”, which puts players in the shoes of Agent 3 in their fight against the evil Octarians.

Additionally, recurring multiplayer events called Splatfests*1 make their return to the series. The Splatfest World Premiere will take place on 28th August, and offers every Nintendo Switch owner the chance to take part in this global event before the full game launches on 9th September. Players who have downloaded the demo will receive a code for a free 7-day trial ahead of the Splatfest World Premiere*2. Both newcomers and veterans of the series can show their support for one of three themes and splat it out in the newly introduced Tricolor Battles.

Highlights of the presentation include:

In a 30-minute Nintendo Direct video presentation, Nintendo showcased new footage and details for Splatoon 3, coming to Nintendo Switch on 9th September. Players can take part in the Splatoon 3:  Splatfest World Premiere on 28th August from 10:00am AEST / 12:00pm NZST ahead of launch.