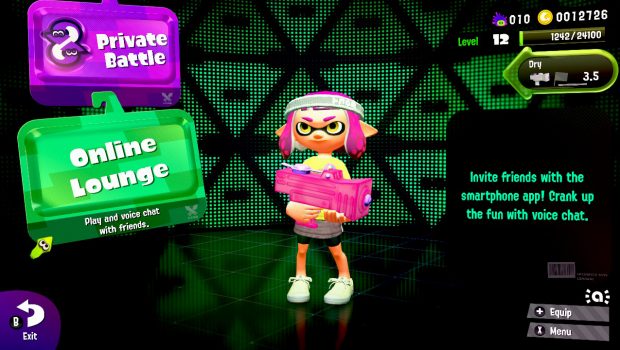 SPLATOON 2 DETAILS REVEALED IN THE FRESHEST NINTENDO DIRECT YET

Get to know the new features, new weapons and new styles before the game launches on 21st July

7th July, 2017 – With Splatoon 2 launching exclusively for Nintendo Switch in just a couple of weeks, Nintendo partnered with the renowned Squid Research Lab to provide a refresher on some of the new and returning features coming to the squid sequel. The special Nintendo Direct presentation highlighted many of the game’s new features, new weapons, new locations and, most importantly for all the fashion-forward cephalopods out there, its fresh new styles. The video also touched on SplatNet 2, the new service for mobile devices that displays information about Splatoon 2 like stage schedules, gear and stats. SplatNet 2 is part of the Nintendo Switch Online mobile app launching on 21st July which lets players send multiplayer invites to their friends via social media, as well as enables the use of voice chat in battles.

Splatoon 2 launches exclusively for Nintendo Switch on 21st July. For more information about the game, visit the official Splatoon 2 website.