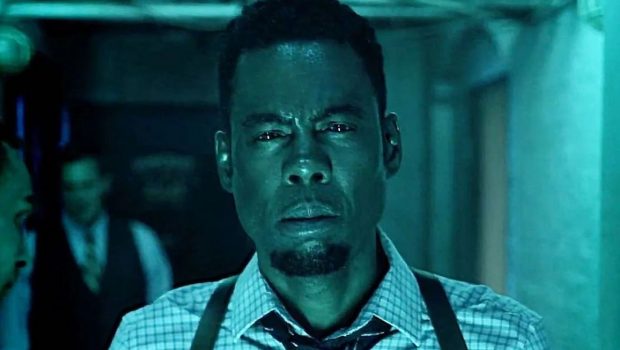 Spiral: From the Book of Saw – Film Review

Spiral: From the Book of Saw tells the story of Zeke Banks (Chris Rock), a grizzled police detective thrown into investigating a series of murders. The crimes are thought to be enacted by a culprit with an MO specifically targeting cops. The precinct, led by Captain Angie Garza (Marisol Nichols), veers into chaos upon believing the murderer is a copycat of the infamous Jigsaw Killer aka Joel Kramer.

After being considered a ‘loose cannon’, Banks is saddled with a rookie partner, William Shenk (Max Minghella). He then delves deeper into the case despite orders to deter from it. However, he begins to realise the killer’s motives are more than entertainment through sadism. The case touches on something far more personal, and not just for the killer but Banks himself.

It was thanks to his ideas that this film was conceived. While uncredited, the actor also helped polish the screenplay. With Saw stalwarts involved, including screenwriters Josh Stolberg and Peter Goldfinger and director Darren Lynn Bousman, Spiral appears to be a real shot in the arm for fans.

The idea of the film exploring police corruption is solid and topical. It is not the first time the franchise has probed this idea either. However, it provides Spiral with a solid, moral backbone that makes it more than a string of bloody set pieces.

The filmmakers’ intentions were to make the gore and set pieces more organic to the plot. The shift makes sense because the torture the characters face reflects their sins. For example, one person is said to lie profusely and is punished via their tongue. Another is told they lack initiative and faces a trap involving their spinal cord. The blatant symbolism (pigs being a euphemism for cops, a corrupt copper dies due to corrupt copper wiring) adds a hint of dark humour befitting of the sadism. 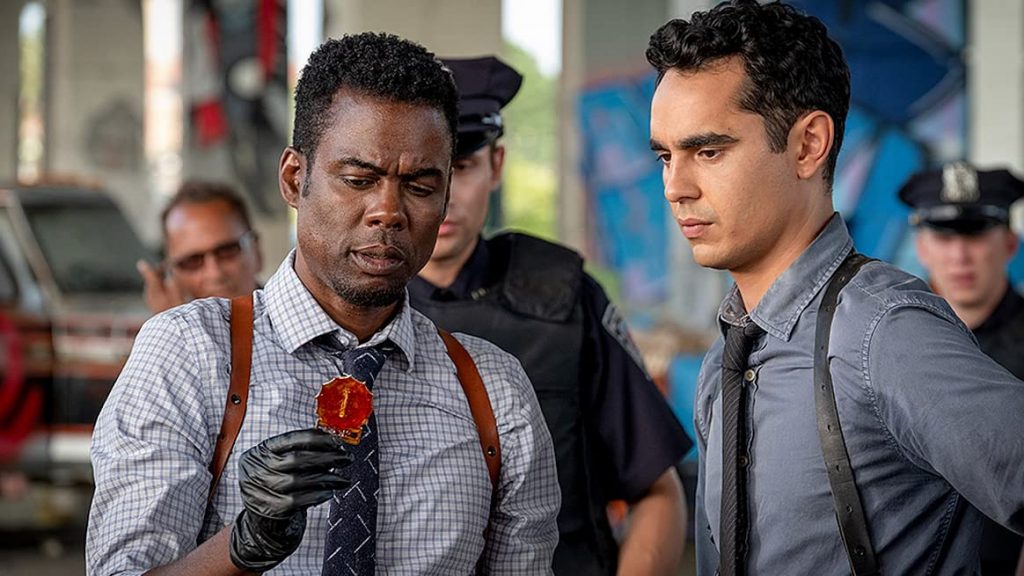 Casting Chris Rock and Samuel L. Jackson brings credibility to the franchise (and a bigger budget). It makes the drama somewhat more felt and lends a sense of humour less prevalent in the previous entries. Despite these qualities, one must ask why Spiral is less than the sum of its parts. It is highly attributable to the direction. From frame one, the film’s momentum rises to ‘eleventy-stupid’ and never recedes. It dilutes the suspense and leaves the audience exhausted.

Even if the uncompromising feel is good for the pacing, it is hard to care for the characters. We never receive any downtime, and the characters fail to explore the roots of their actions and fears. The heightened mood makes the actors look bad as their characters begin breaking down. Without proper guidance, they are left stranded (especially Rock) when their dramatic efforts are expected to provide weight to the story.

Another problem is that Spiral’s liberal use of flashbacks makes the storytelling convoluted and unintentionally amusing. Similarly, the actions the filmmakers take to ensure the actors appear younger, not de-aging technology but facial hair, is laugh-out-loud funny. 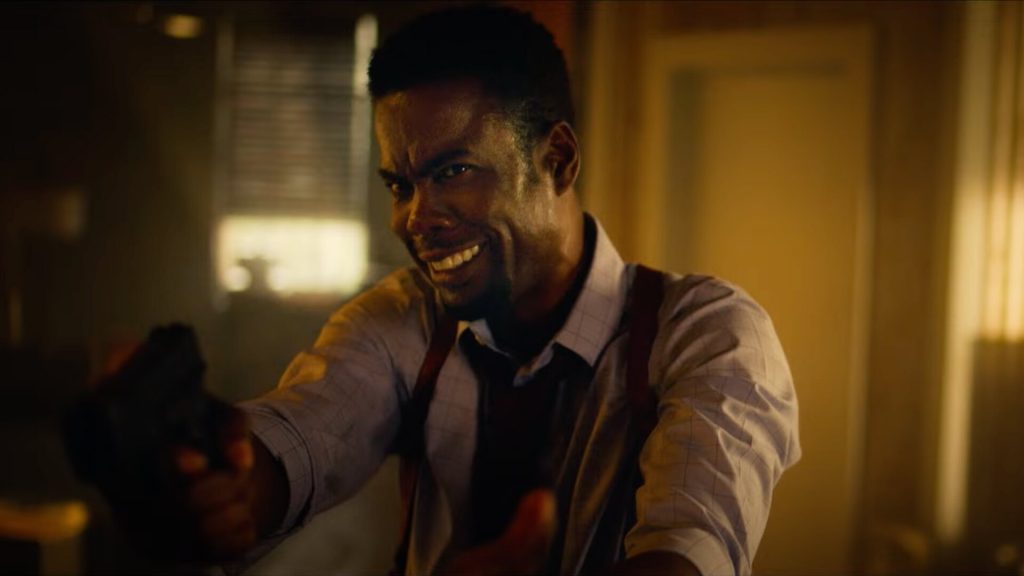 Speaking of funny, the film has no control over its tonal shifts. It is so varied it is hard to discern whether Spiral is trying to be funny or serious. The first act introduces characters in ways resembling a pastiche of thrillers and cop shows from the past twenty years.

The film does subvert its cliched portrayals, including the loose cannon cop with a tortured past, the rookie partner with the family, and the angry captain. However, by failing to deftly pace the film and its violence, Bousman allows these tropes to be buried under blood and screams.

Spiral: From the Book of Saw is an entertaining if sloppy diversion from the established Saw formula. The ideas are interesting, and the added humour is welcome (if out-of-place). Yet there is little innovation. It is still based upon a through-line of torture set pieces, strung together to gross people out, but now with blatantly topical symbolism. Laughable yet fun.

Summary: An entertaining if sloppy diversion from the established Saw formula. Laughable yet fun.