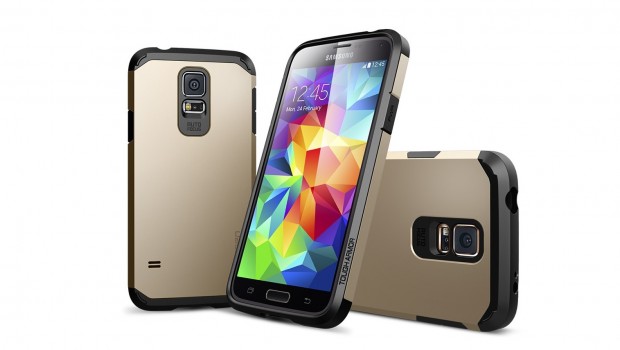 The Samsung Galaxy S5 in our opinion is one of the best smart phones on the market at the moment but unlike the iPhone 5s or the MTC One M8, the overall build does feel a little weaker due to the lack of a true metallic casing. Given that, the last thing you want to do is drop your brand new Galaxy S5 and in order to prevent the Doomsday scenario from happening, we’ve stumbled across the Spigen Tough Armor Case for this new smart phone. This product also comes in four different colour schemes which include black, gunmetal, metal slate and copper gold (reviewed). 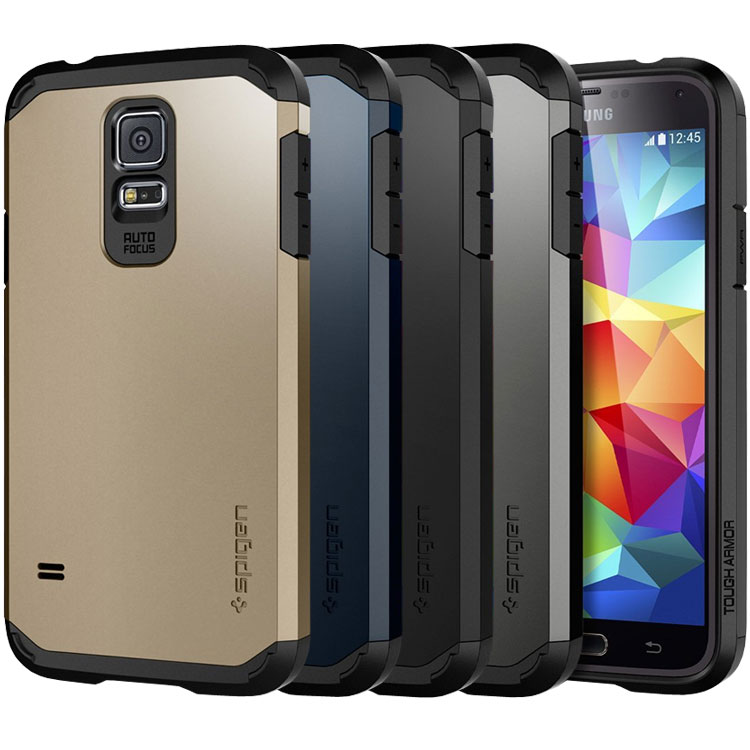 The Spigen Tough Armor Case has been designed to protect your phone from drops and is made from a very strong thermoplastic urethane (TPU) which gives the Galaxy S5 a great exoskeleton. As it’s a hybrid case, part of the case is metallic and the other is TPU. Inside the case, there is a spiderweb TPU patterning which also helps disperse the shock should a drop occur. 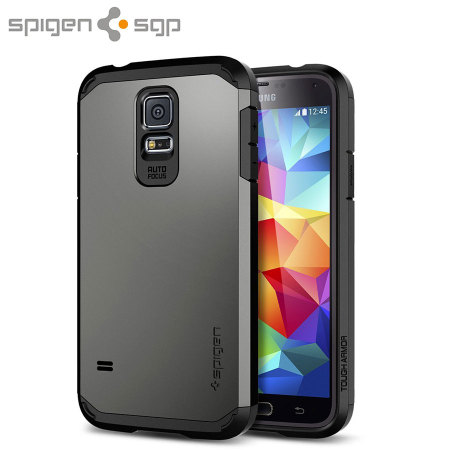 Another great feature of this case is the air cushioning technology that is located on the four corners of the case and absorbs the majority of the shock should a drop occur. It’s almost like an airbag for your smart phone. The case also has a raised edge on the front which has been designed to prevent your screen from being scratched if you place it face down. This is also the same for the back of the case with its rear guard protection.

When it comes to design, the Spigen Tough Armor Case is a very well designed product that feels great in your hands, especially with its additional grip design. Another highlight for me is that the case is quite slim and not as bulky as some other “tough” cases for the Galaxy S5. To install your phone into the case, it simply slips into the case and the installation is complete. I should also mention that the packaging provided by Spigen for this case is quite impressive which once again reinforces the professionalism of this company.

Once your phone is installed, the user has full access to all ports and functionality of the smart phone, including the finger print reader. The developers do boast a better natural motion unlock when using this feature which I can acctually concur with because it generally reads the first time opposed to multiple attempts if there is something in the way (we won’t mention which brands they are). Spigen have even made the port openings a little larger as well which definitely assists when charging the phone. Given that, it is a little trickier to open but personally I prefer tricky then a broken phone. 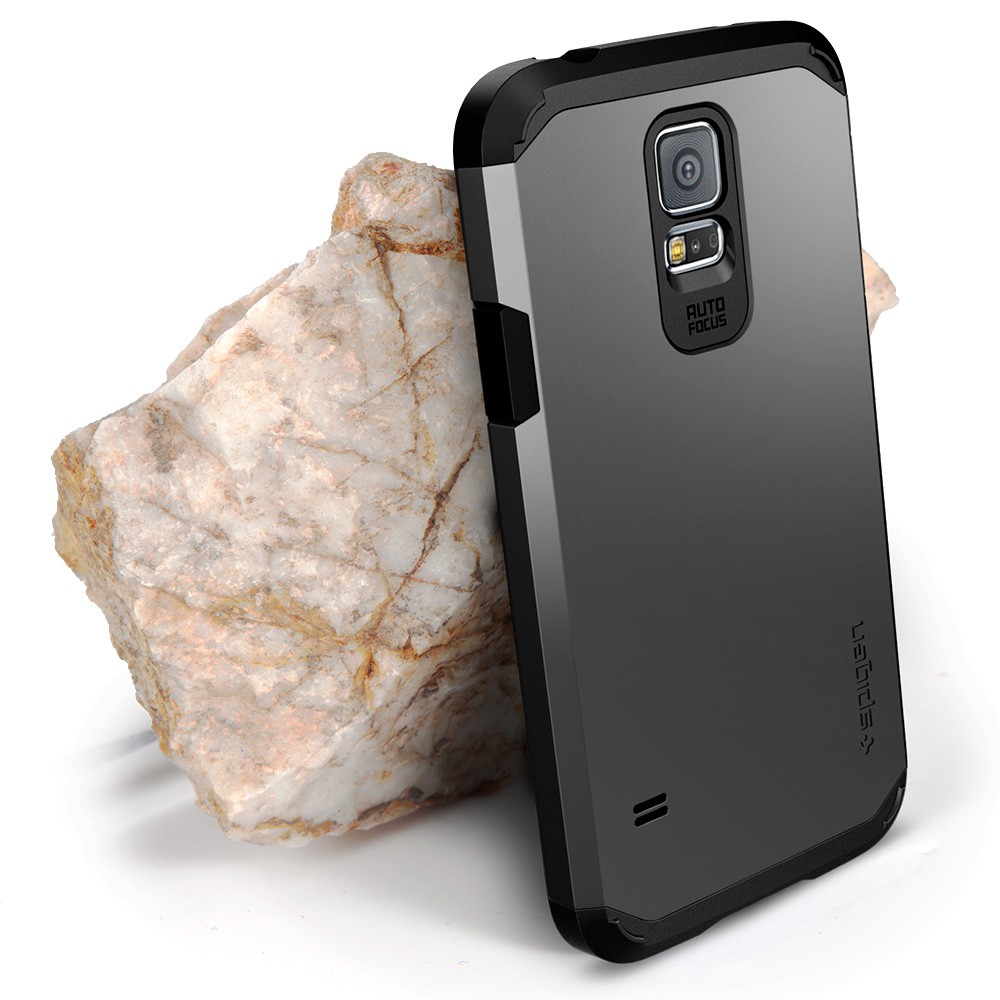 If you’re looking for a sturdy, attactive and great protective case for your Samsung Galaxy S5 then the Spigen Tough Armor Case is the ideal product to give your phone its own bullet proof and zombie invasion ready (kidding) case that will probably outlast your Galaxy S5.