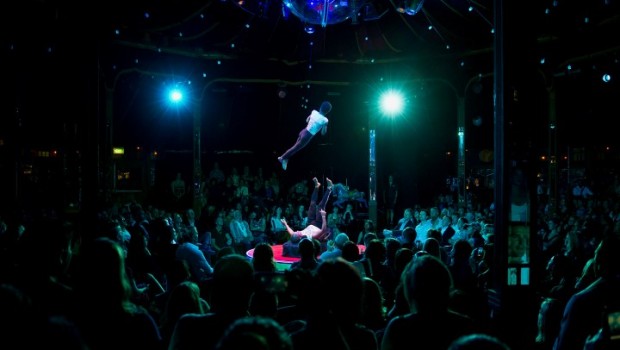 Spiegelworld, the Australian entertainment company behind the hit shows Empire and Absinthe, has announced that it will open a new resident production Vegas Nocturne at The Cosmopolitan of Las Vegas from December 30 2013. With this new divertissement, Spiegelworld will have two resident shows simultaneously playing on the Las Vegas strip, at the same time as Empire returns to Sydney and Melbourne in the spiegeltent.

Vegas Nocturne will be presented at Rose.Rabbit.Lie, the new social club to be operated by Spiegelworld at The Cosmopolitan of Las Vegas, the city’s newest luxury resort. Rose.Rabbit.Lie will blur the lines between restaurant, bar, club and show, offering guests a new take on a night out in Las Vegas. The show will be presented in three distinct cantos at 8pm, 10pm and midnight each evening.

Since its Australian premiere season in Sydney in January 2013, Empire has been seen by over 140,000 people around the country with rave reviews, sold out performances and standing ovations.  Empire will return to Sydney’s Entertainment Quarter on January 7, followed by a return Melbourne season on the Rooftop at Crown from March 11.