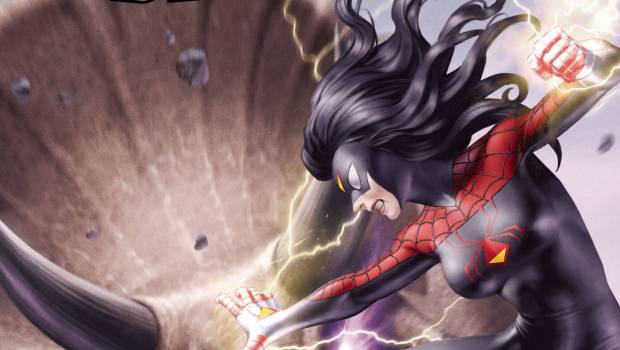 Summary: Jessica Drew is being attacked from all sides after trying to help a former enemy for a favour. Will she make it out alive?

In this different take on the Spiderman continuity Jessica Drew was cured of a terminal illness by genetic treatment from a spider and gained special powers with a bit of a difference than the usual powers. Cut to her grown up and she is doing a job for a rival scientist that has resulted in everyone trying to kill the scientist and her.

I feel like I came in half way through here even though it is only the third one in this series. Would benefit from knowing more about this character before going into it.

Nice artwork and character designs and she does have a cool unique costume and set of powers that makes her different.

The Spiderman story has many reboots and side stories by now even before Into the Spiderverse movie and series. This is indeed one of them and has to be viewed in that light. Just reading this one I would still go for Spider Gwen over this one.

Worth a look if you are really into Spiderman but don’t really expect that much difference from a normal story.