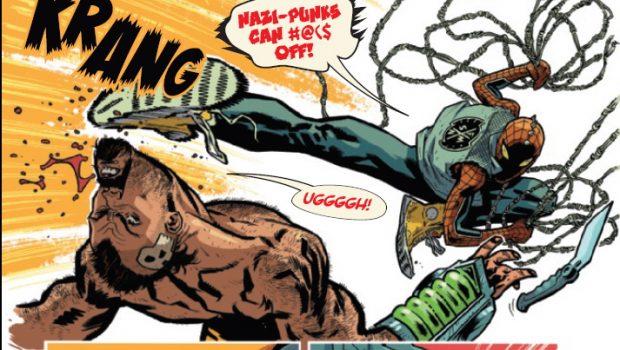 Summary: While the writing may be a bit eyeroll-inducing it does have some fun art and an interesting storyline. Well worth a look.

Spider-Punk gets his own storyline and Captain America and Tony Stark are in his band from their hideout in the community centre that gets attacked by Nazi Punks at the behest of some unknown force behind them.

I must admit some of the writing caused me to roll my eyes so hard that I almost sprained them. The artist seems very honest and sincere from what I have seen them talking about this series and I would go in for the fun punk angle rather than just the story in this case.

There are some fun situations and character designs in this and I did like the alternate Captain America and Iron Man in this.

While Spider-Man has a lot of alternate versions I would say this is definitely one of them and it is worth checking out if you are into the character. 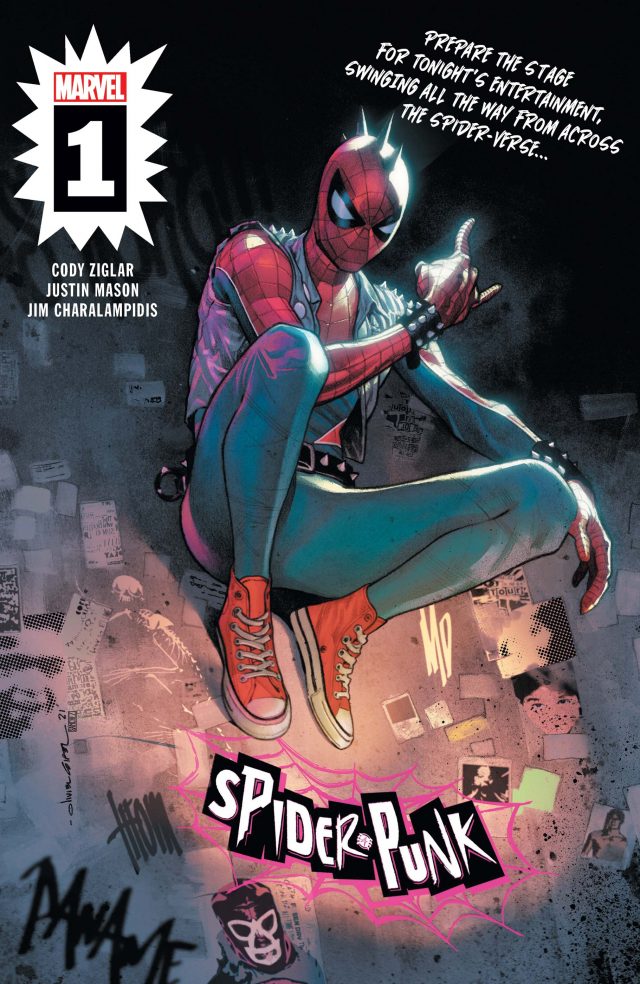