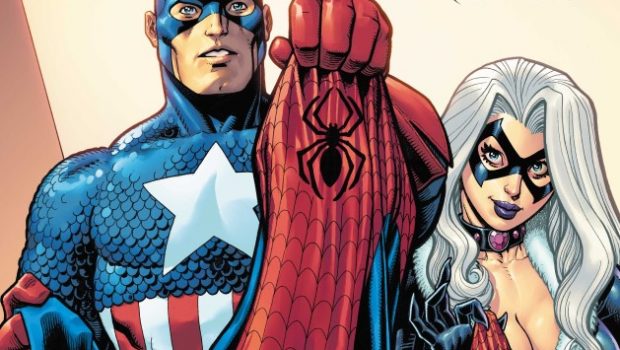 SPIDER-MAN’S LUCK RUNS OUT AGAINST DOCTOR OCTOPUS IN AMAZING SPIDER-MAN #85!

Last week, the Beyond era of AMAZING SPIDER-MAN officially kicked off and fans witnessed the beginning of a new age that will see Ben Reilly taking over as the new and improved Spider-Man! Told over the course of 19 thrilling issues, this saga will be brought to you by a group of all-star comics talent known as the Beyond Board—Patrick Gleason, Saladin Ahmed, Zeb Wells, Kelly Thompson, and Cody Ziglar. These incredible creators are ready to take Ben Reilly and the Spider-Man mythos beyond your wildest expectations!

Peter Parker may be out of commission but luckily, Ben Reilly is more than capable of taking his place. Equipped with gadgets and tech from the Beyond Corporation, Reilly has everything it takes to be the superior Spider-Man but he’ll finally meet his match in a devastating battle against one of the Spider-Man’s most feared enemies—Doctor Octopus!

It begins in AMAZING SPIDER-MAN #85 by writer Cody Ziglar and artist Paco Medina. It’s going to take everything Ben Reilly and the company that backs him has to stop Otto Octavius. But, in the Merry Marvel fashion and as with all respectable Spider-Stories, even if Spider-Man wins, he is going to lose. And he is going to lose BIG. AMAZING SPIDER-MAN #86 by writer Zeb Wells and artist Michael Dowling will deal with the aftermath of the fight and will be a comic that fans will remember for years to come. Ben Reilly has been shaken to the core, and you will be too. And find out if Peter Parker can step up and be Spider-Man again in AMAZING SPIDER-MAN #87 by writer Jed MacKay and artist Carlos Gómez. With NYC reeling from Doc Ock’s attack and Ben Reilly possibly down, it’s up to Captain America and Black Cat to see if Peter Parker is ready for action again. You may think you know where this story is going, but you do not.

Also coming in January will be MARY JANE & BLACK CAT: BEYOND #1, a new one-shot written by Jed MacKay with art by C.F. Villa. This unlikely team up will see Mary Jane coming to the rescue of Black Cat after she’s been kidnapped. Mary Jane has never liked Felicia Hardy, and now she has to save her lif! But remember, this is the Black Cat we’re talking about. Things are never quite what they seem.

Don’t miss a single issue of this bold new era of AMAZING SPIDER-MAN! Check out the covers now and look out for these issues when they hit stands in January! For more information, visit Marvel.com.