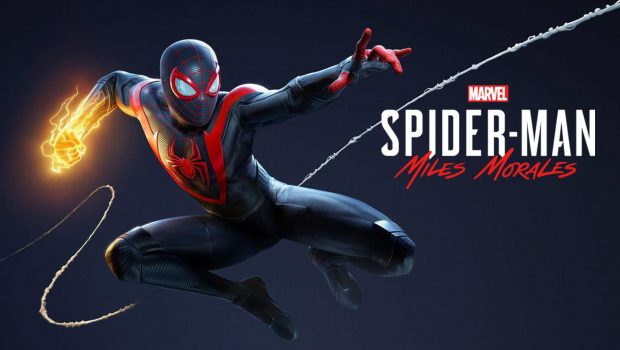 Summary: All the fun of Spider-man, with a great story!

One of the most relatable heroes in the Marvel universe swings onto PC in a satisfying web slinging immersive story.

Like many comic heroes/characters, Spider-man has had his fair share of games over the years, some good some not so good. Spider-Man Miles Morales is definitely in the good category. The easiest way to summarise the gameplay is to simply say imagine any of the Batman games of the last few years but with Spider-man in the main role. Essentially you have the freedom to explore the city and a map will help alert you to points of interest such as time capsules and gear stashes. In the midst of swinging around you will get notifications of crimes going on that you can choose to intervene in. 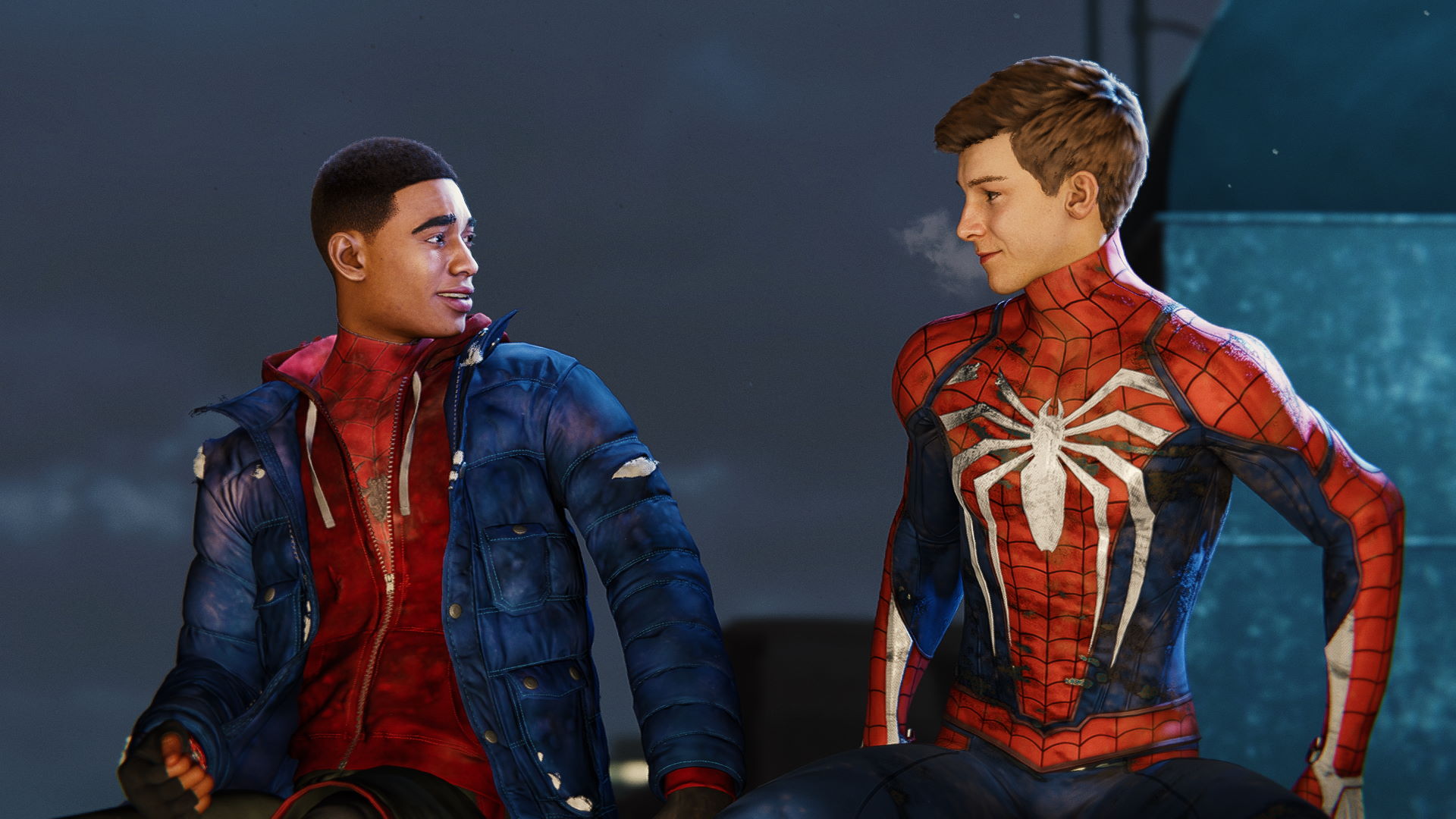 There is of course also a main story and it’s quite a compelling one with it’s fair share of emotional turmoil. The voice acting is excellent and the motion capture compliments it brilliantly aided by some fantastic character models. As with all of these open world type games I do tend to find myself responding to story missions that imply a time sensitive nature though I suspect they aren’t as strict… I could probably prevent a few criminal endeavours along the way with no real impact to the story. But that does raise a good point… it is fun to just free roam. The side missions can end up feeling very repetitive (thwart a truck jacking… stop a gang fight etc)… but they are still fun and even if you don’t want to get into a brawl, web slinging is great fun. 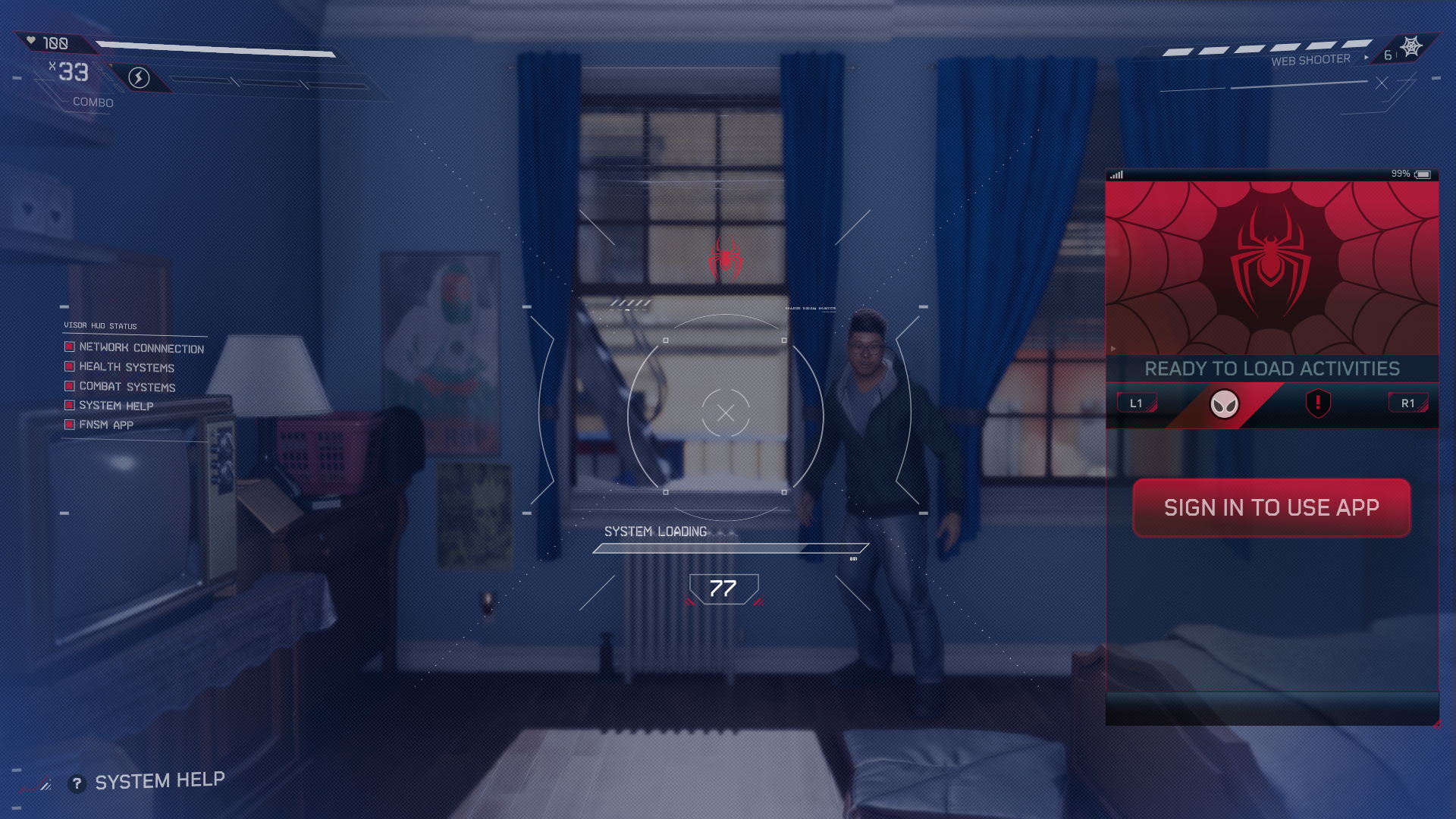 It can be a hard balance to get right in these sorts of games, how easy or hard do you make the principle mechanics? Personally I enjoy the fact that web swinging is reasonably simple… there are some little bits of flair that you can add (aerial tricks for bonuses)… but the basic swinging your way through a cityscape is just a case of tapping a key… tapping a different key to give you a bit of a boost and that’s about it. You can add your own finesse and obtain speed boosts and such but to be able to just pick it up and play and feel like you are a real web slinger from the get go is great! 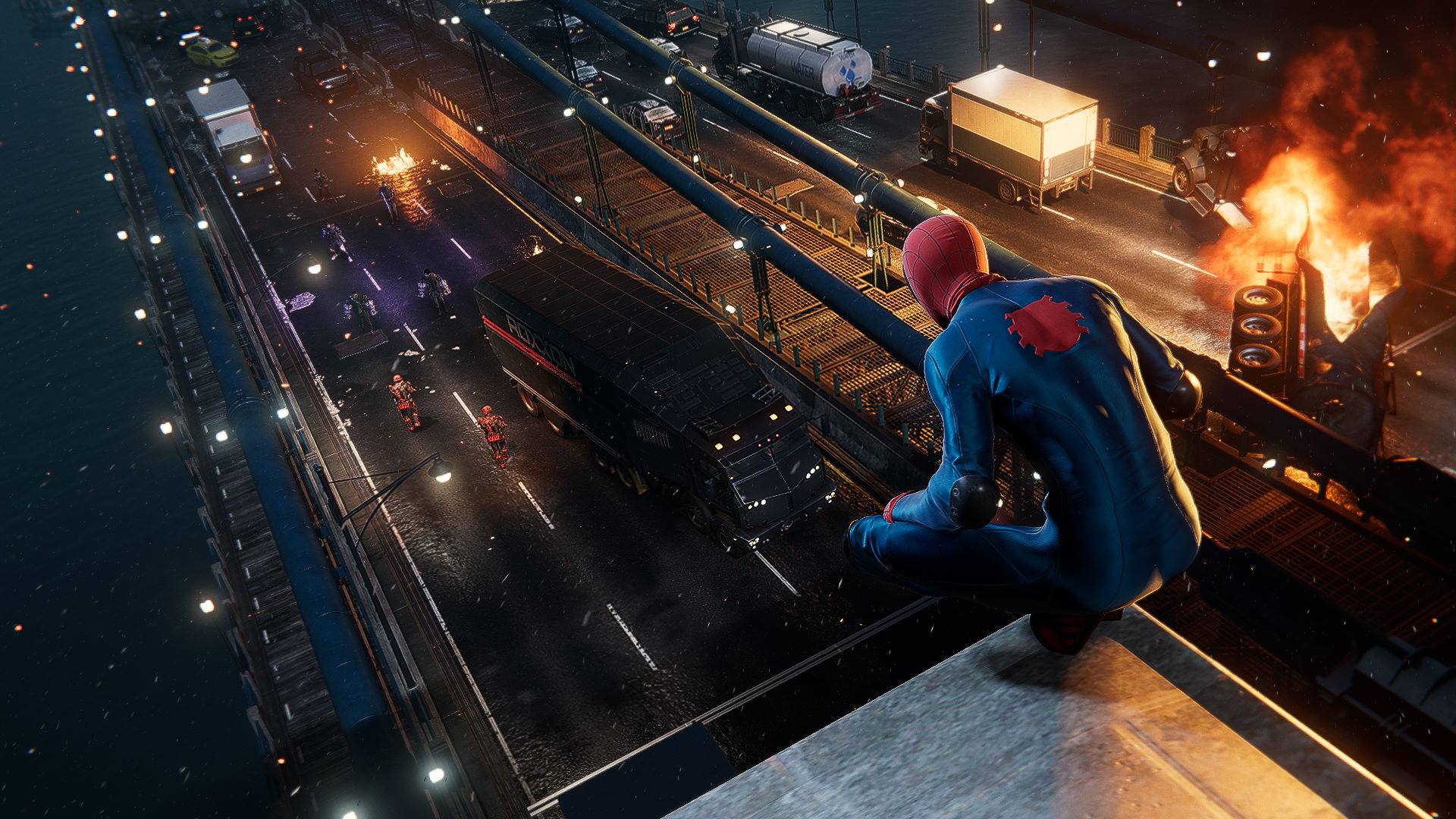 As you progress through the game you will unlock different boosts, new suits, gadgets and bonus material (if you have a love of listening to J Jonah Jameson rant… you’re in luck!). Oh and of course you have Miles’ own unique Spider talents… Venom punch… invisibility… you know, everything a growing Spider-man needs to tackle the crime in their neighbourhood! It’s also nice to have a main character with hero abilities still express a lot of self doubt… a touch of imposter syndrome but also a big heart and a desire to do the best for their neighbourhood… it’s a nice mix. 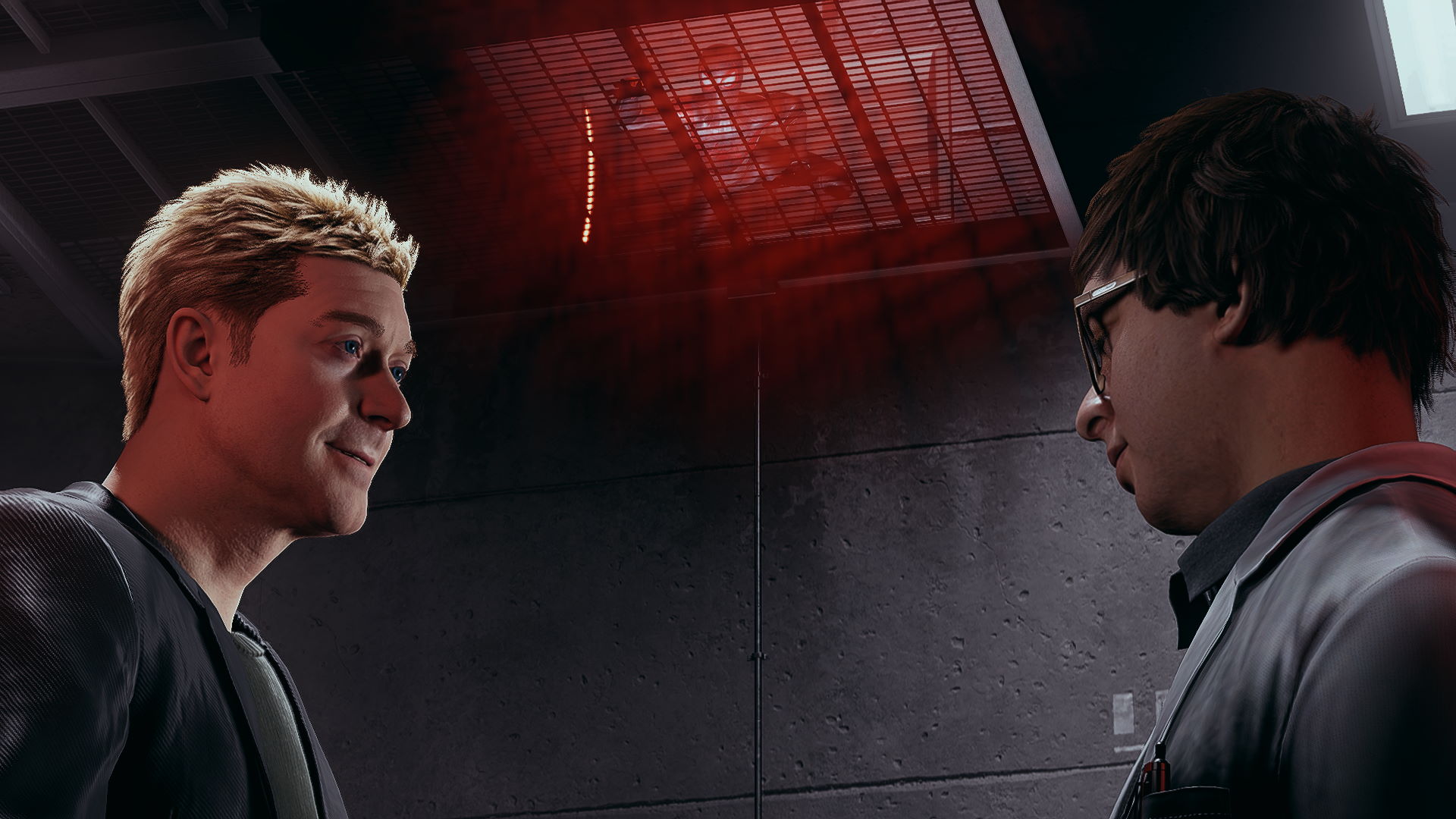 If you were to play through just the main story the game might feel a little short (especially at the price)… but if you want to go around collecting all the bonus items it will stretch it out a bit and if nothing else there’s a good amount of fun to be had just swinging around the landscape… dropping from the sky, coming close to the ground the webbing at the last moment to swing up at high speed… yeah… that’s fun! 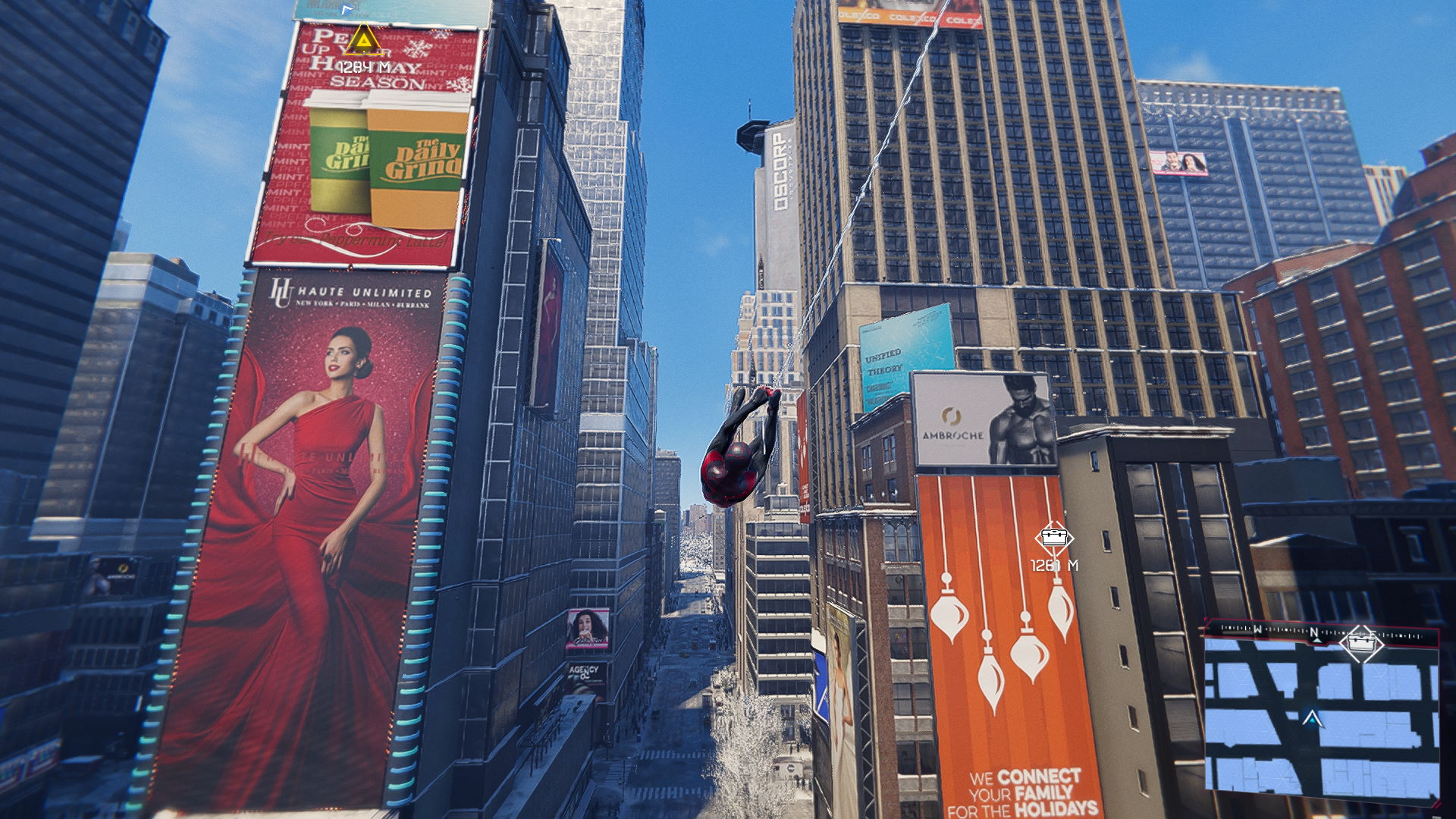 Final view… maybe wait for a special as the price tag is pretty high… but if you love the idea of web slinging your way around a large cityscape and thwarting crime definitely grab a copy… it’s a lot of fun!!!