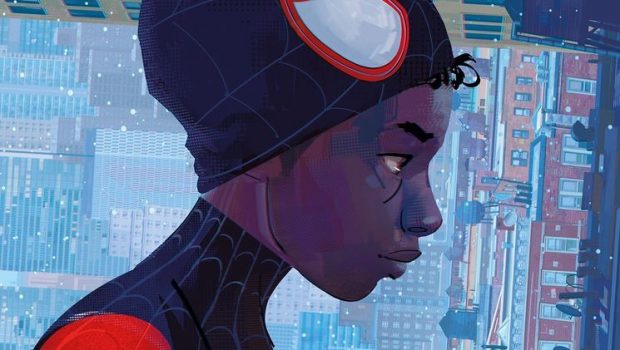 Spider-Man Into the Spider-verse: The Art of the Movie Book Review

Spider-Man Into the Spider-verse: The Art of the Movie Book Review James Wright
Score

Summary: Spider-Man Into the Spider-verse: The Art of the Movie Book is filled with amazing imagery from the creation of this film and interesting text from interviews to behind the scenes information

Spider-man Into the Spider-verse: The Art of the Movie is from Titan Books and is distributed in Australia through New South Books.

The idea was to make the movie look like a comic book come to life. We also spoke quite a bit about wanting the final version of the film to look just like the early concept paintings. They were so dynamic, fresh and visually arresting that we wanted to make sure they were translated to the screen.
Christina Steinberg, Producer

The first thing that you notice about this beautiful hardcover book is its presentation that truly celebrates this amazing blockbuster film and is a must have for both Spider-man fans or those who loved the recently released film of the same name which really kicked butt! Like other movie art books from Titan, Spider-man Into the Spider-verse: The Art of the Movie boasts some amazing artwork from the creation of the film to its informative and accompanying text that takes you behind the scenes.

Supporting the content in this 200-page hardcover book is the high quality paper-stock which helps in bringing these images to life that almost jump out of the page. However before we get into the review, let’s put some perspective on what this film is about… the story focuses on Brooklyn teenager Miles Morales who was bitten by a radioactive spider in the subway and like Peter Parker, it causes him to suddenly develops mysterious powers that transform him into Spider-Man.

When Miles discovers the Collider world under the subway, his experience echoes that of Alice as she falls through the rabbit hole.
– Ramin Zahed, Writer

But when he meets Peter Parker, he soon realizes that there are many others who share his special, high-flying talents and to make matters worse, the evil Kingpin has developed the power to open portals to other universes in order to bring back his dead wife and son but it may destroy the world in the process and he must be stopped.

He also learns that the multiverse is filled with other Spider-men and when the Peter Parker of his world dies, he needs to wear the mantle of this hero to fill the void. In summary, it’s a Spider-men smorgasbord from alternate universes that creates a very enjoyable film from start to finish and this books captures that wonder well.

Furthermore, the book is written by the very talented Ramin Zahed who is no stranger to the movie medium or these movie art books and his journalism and writing skills are really put to good use here.

Spider-Man Into the Spider-verse: The Art of the Movie is split into fourteen sections that include;

The foreword is written by comic-book legend Brian Michael Bendis who co-created the Miles Morales incarnation of Spider-man with Sarah Pichelli and he discusses the question of could this hero be someone different and how could he be different to the original. Needless to say, this incarnation became quite popular in the world of fandom.

Miles’ uncle is one of the most complex and charismatic characters featured in both the original Miles Morale comic book and in the movie.
– Chris Miller, Writer and Producer

Although I’m a Peter Parker fan, I wasn’t that familiar with Miles Morales which made the section “Who is Miles Morales?” quite a fascinating read, especially seeing what makes him tick and his informal support network that included his loving family. This section even explores where Miles resides such as his apartment to the disused underground subway where he was bitten by a radioactive spider.

There’s also a great section on when Miles met the other Spider-Man of his earth plus the overweight Peter Parker from a parallel universe, including the villains such as the Green Goblin to the antagonist Kingpin. Add in dedicated pages to Spider-Gwen, including some of the heroes like Spider-Ham and SP//dr and when matched with the stunning art is just a joy to read. Furthermore, seeing the creative process of the characters from early concept designs to their final incarnation is quite fascinating, especially from an art perspective.

Echoing popular mature actresses like Lily Tomlin and Jane Fonda, the film’s Aunt May is described as “bad-ass” and “feisty” by the creative team.
– Shiyoon Kim, character designer

Another highlight of this book is how they made the action scenes come to life such as the section called Scene Spotlight – Swinging Through the City to the battles of the movie. The book ends with a great conclusion as the writer discusses how Sony Pictures Animation created a bold and stunning film, including having a different incarnation of Spider-Man (aka Miles Morales) and needless to say with such a dedicated creative team, it paid off!

Half-black, half-Puerto Rican, he is a mart thirteen-year old boy with a good heart and loving parents, but he’s initially reluctant to follow in Peter Parker’s shoes.
– Ramin Zahed, Writer

Spider-Man Into the Spider-verse: The Art of the Movie is a must have title for all fans of the movie and successfully celebrates this amazing animated film about a different Spider-Man but one who still connected to the original. Adding to read are the interesting quotes, interviews and information plus the art which my friends is a true visual treat. 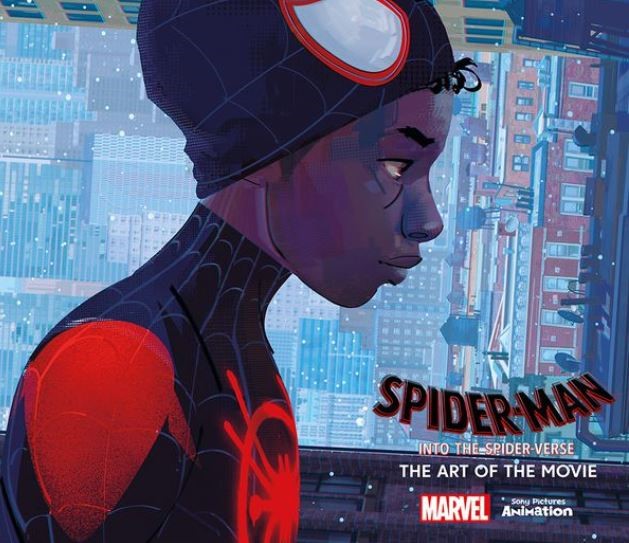