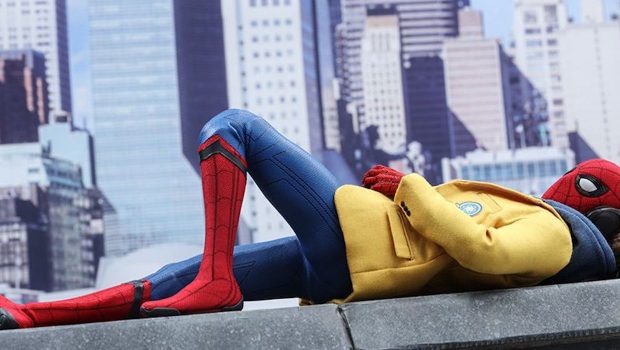 We know all too well by now that with great power, comes great responsibility. Sony Pictures has finally realised that this responsibility can also lead to mega box office dollars and has consequently relinquished the (now shared) rights of everyone’s favourite wall crawler back to his home at Marvel. Young actor Tom Holland swung into a minor role that greatly enhanced a few key scenes in last year’s hit Captain America: Civil War to both critical acclaim and commercial success. Returning to cinemas and now in his first lead role as Peter Parker, Holland and Marvel Studios have a lot resting on their shoulders with Spider-Man: Homecoming.

The film cleverly opens with behind-the-scenes, home video style footage of Peter’s superhero induction during Civil War. A young Peter is overwhelmed with the excitement of joining his heroes while barely containing his emotions and fanboy delight. This is all the origin we get for Homecoming and all the origin we need. Peter returns home equipped with the Stark Industries improved Spidey suit and keen to fight crime in the style of his Avenging heroes.

The villain of Homecoming comes in the form of the high-tech, man-bird, Adrian Toomes aka Vulture—played with seasoned comic book edge by Michael Keaton. After Stark Industries takes over his clean-up job of salvaging technology from “The Incident” (Loki’s Chitauri invasion of New York as featured in the first Avengers film), Toomes becomes a man backed into a corner by needing to financially support his family. Creating the Vulture suit from stolen alien technology, Toomes engages in abrasive raids on the Stark salvage trucks. He and his team then use the illegally acquired Chitauri tech to start their own underground weapons trade. The characters are far-fetched but fun and perfectly fitting for a comic book film that is at home when it is presented in a lighter tone.

Homecoming has a loaded supporting cast that is almost crushed under the weight of character introduction, but the scriptwriters and director Jon Watts (Cop Car, 2015) manage to keep the main focus on Peter as he struggles with his power and responsibility. Jacob Batalon, Laura Harrier, Tony Revolori and Zendaya round out the younger cast as Peter’s school friends. They bring the teenage laughs and awkwardness as Peter struggles to maintain his double life as a hero and a normal high school boy. Many will be happy to see Donald Glover appear in a minor role as Aaron Davis. The screen time he and Spidey share marks as a low-key but hilarious moment that also lays the groundwork for future films, without being glaringly obvious. Robert Downey Jr., Gwyneth Paltrow, Marisa Tomei and Jon Favreau all reprise their respective roles and add colour and class to their featured scenes.

Any young actor performing next to these seasoned professionals would normally be in danger of disappearing into the scenery, but not this friendly neighbourhood Spider-Man. Tom Holland presents an inexperienced, wide-eyed young boy practically bursting to engage with the world and to make a difference. The actor wrestles with these character traits and emerges with a bright, honest performance that remains pinned down by well-acted comic timing. Having Downey Jr. as his on- and off-screen mentor has paid off and Holland has emerged as the perfect fit for the young hero of this cinematic universe.

Much credit must be given to director Jon Watts and the effects team. Watts is a newcomer to filmmaking of this size but manages to keep a brisk pace and a tight rein on the story throughout. Homecoming doesn’t venture to many dark places, as the territory doesn’t require it but when the third act places Peter in emotional and physical turmoil, the scene plays out to surprising emotional effect. The few scenes between Holland and Keaton are a highlight of the film with Keaton milking the much-needed tension during these moments as only he can. Homecoming has a lot of comedy in the script with Watts directing his actors sharply in these moments and never letting scenes drag or feel like unnecessary character indulgence. 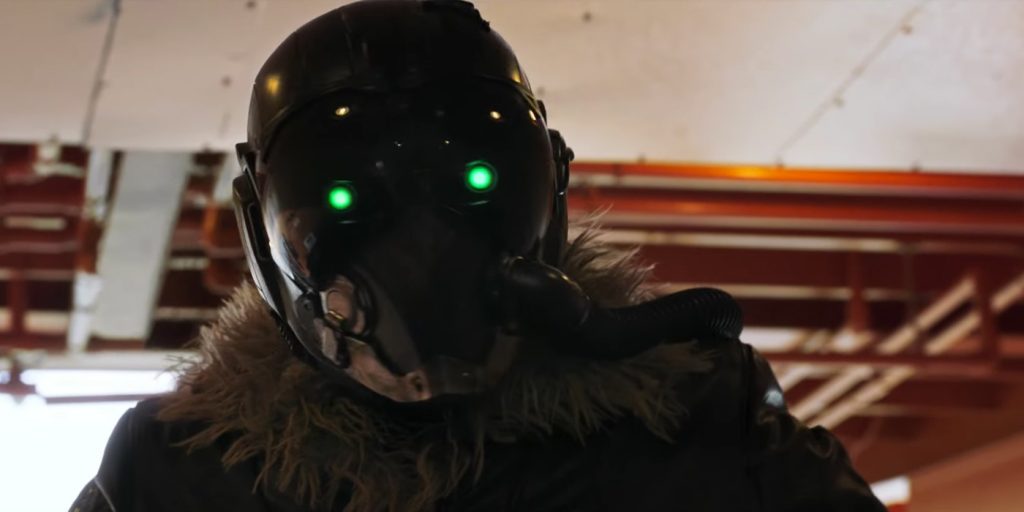 The special effects in Homecoming are of an expected high quality. The team has captured the now signature moves of Spider-Man beautifully and also with a fractured quality of the hero who is still learning his own powers. There is a lot of character in the computer work and it will have super-fans watching some of the brilliantly executed moves in slow motion when the web head hits the home Blu-ray. Tom Holland’s own physical abilities have added much to the character’s physicality and when blended with the computer effects the high soaring visuals of Homecoming impress on a grand scale.

Spider-Man: Homecoming is the film for which many fans have been waiting. Offering no discredit to what has come before, it presents similar themes but importantly manages to bring the character forward in a way that is true to his roots. Benefiting from a pre-existing character backdrop the film wisely loses the origin story and throws us into an already familiar world. While not all characters are as they traditionally appear in the comics, Homecoming is an enjoyably fresh take on well-trodden ground. Propelled by an earnest but enjoyable script and strong direction, the first full-length film featuring our new Spidey is an excellent addition into the Marvel cinematic universe. With strong supports and a perfectly cast Tom Holland, it is a pleasure to see Spider-Man back in safe hands.

Summary: Propelled by an earnest but enjoyable script and strong direction, the first full-length film featuring our new Spidey is an excellent addition into the Marvel cinematic universe.