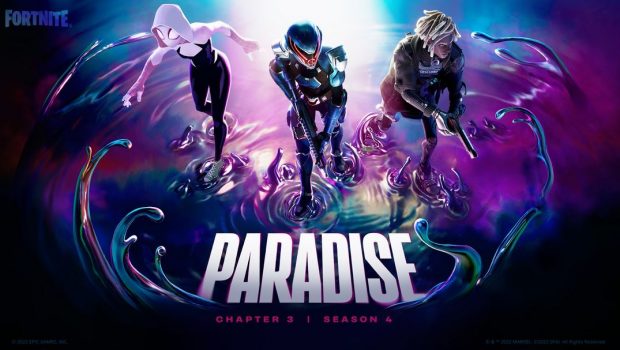 Fortnite’s brand-new Season, Chapter 3 Season 4: Paradise, is now here with the newest weapons, items, POI’s, and ways to play! But it’s not just another day in paradise: a mysterious substance has appeared and is spreading fast across the Island. Players are in for a world of Chrome, Chrome, and even more Chrome.

Chrome has taken over…

That was just a little slice of Paradise! For everything new in Chapter 3 Season 4: Paradise, including all the new Chrome weapons, visit the Fortnite blog.