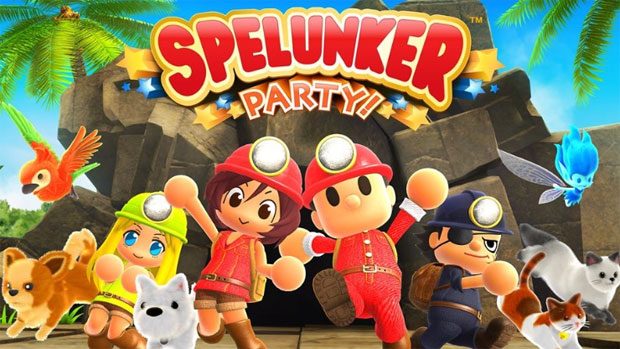 Spelunker Party! harkens back to an early day of games such as Dig Dug and Boulder Dash and even though Spelunker has made the gaming rounds, it’s now turn for the Nintendo Switch to experience this title, with the inclusion of multiplayer. For history buffs, Spelunker Party! harkens back to the 1983 SNES title that received a makeover for the PC and PS4 last year that is basically an arcade cave explorer. Unlike the original, this incarnation boasts up to 4-players as you explore the underground cave dangers together. 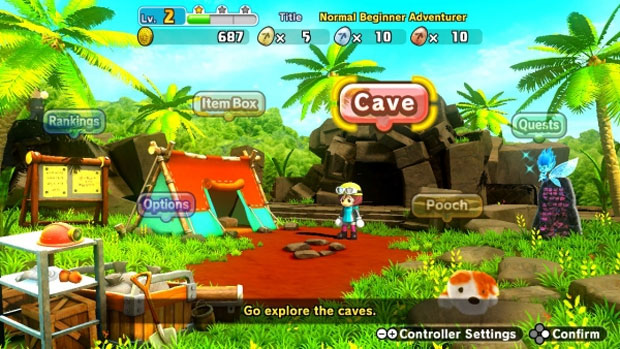 At its core, Spelunker Party! is a classic arcade game with modern graphics (kind of) as you try to work your way through 100 different stages and collect all sorts of treasures and avoid traps and enemies. So although the game starts slowly, things ramp up quickly and thankfully there are spawn points to be found along the way. The control system on the Nintendo Switch is pure old school while using the main console and at times can be brutally tough. That is, one wrong move and you lose a life for your character, especially when you failed to time a jump or grab onto a swinging rope. 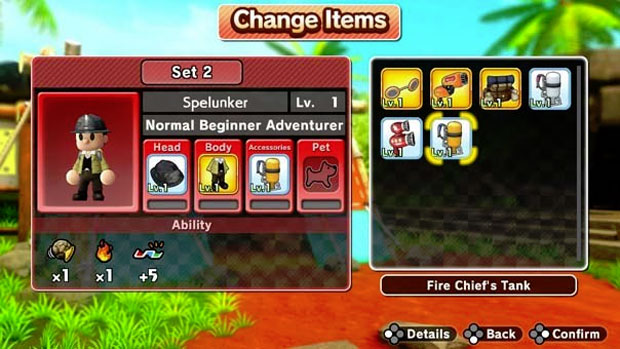 Although not a Triple A title, Spelunker Party! is actually quite an addictive game as you become stuck in the mindset of completing each cave and then the next in order to find more treasures (plus gold) and unlock more items (including pets) to help increase your luck while you explore. Before each stage, you can choose which items your character needs or you can let the game choose for you. There are some in-game quests to help spice things up and there are some puzzles to be found along the way, including using bombs and finding keys to assist with your progression. 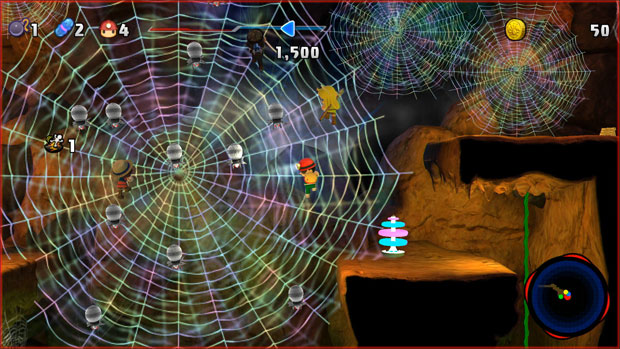 The multiplayer component of Spelunker Party! works well, particularly the 4-player split screen. Also, unlike single-player and if you exhaust all your lives, you can be revived by other players, whereas in single-player you need to restart the level and sometimes 5 lives just isn’t enough. The Switch supports a few different ways to play the game such as the console itself (as mentioned), the Joy-Cons or even a Pro Controller and all methods work quite well. Apart from local play, you can take Spelunker Party! online which does increase the overall enjoyment factor and makes the game more accessible to finish. 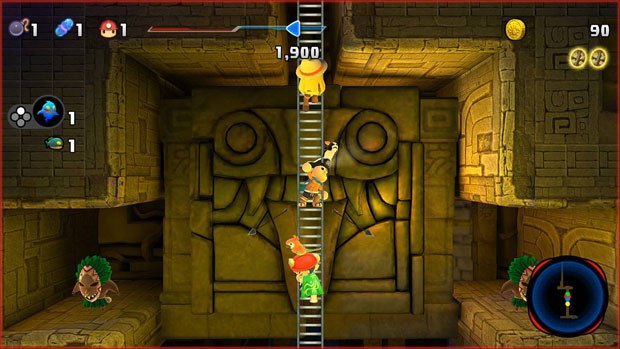 Graphically, Spelunker Party! is old school all the way, however the graphics do look like an indie title on the Nintendo Switch. There’s some good lighting used and special effects to help with the overall illusion that you are crawling through an underground cave system. The soundtrack is nothing special and the sound effects go hand in hand with the gameplay which once again screams retro or old school. 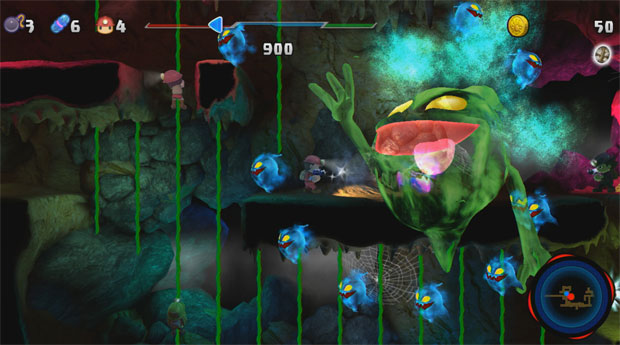 Even though Spelunker Party! can be almost be in the realm of controller rage, I actually enjoyed this journey back in time to a gaming world that was a lot more simpler with mechanics and where the blame falls on the player when you fail. It’s definitely an addictive title on the Switch in both single-player and multiplayer but if you really want to get through the 100 or so levels, you really need to take this game online because it is tough… especially those bosses later on. 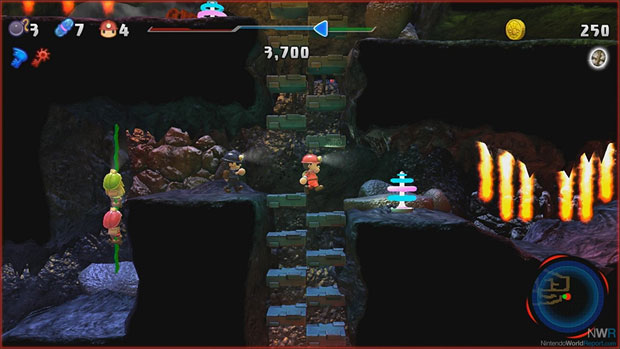