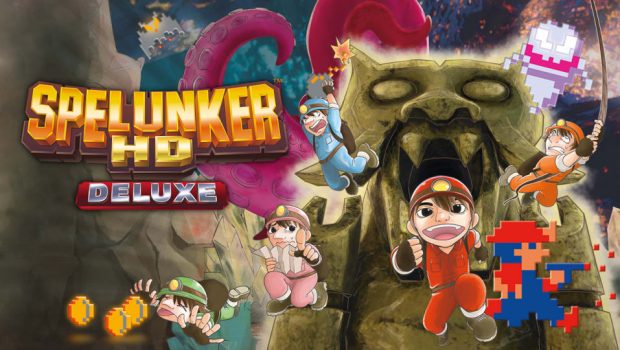 Summary: In Spelunker you play as well… A Spelunker! Shocking I know, you have 100 levels to complete with 10 areas (stages) breaking the levels up into 10 level segments.

Spelunker has been around as a series for a long time, whilst we have seen games in the West as that was Spelunkers original origin point back in 1983 on the Atari 8-Bit Computer. It really exploded in Japan with the Japanese only Famicom (NES) release Spelunker II: Yūsha e no Chōsen in 1987 by Irem. Further games in the series were produced by Irem and then later by Tozai games. 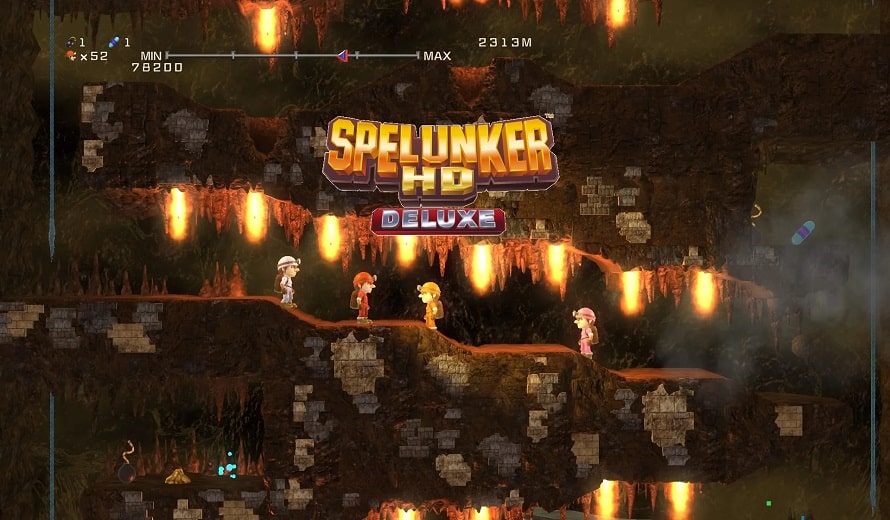 In Spelunker you play as well… A Spelunker! Shocking I know, you have 100 levels to complete with 10 areas (stages) breaking the levels up into 10 level segments. Granted a lot of people may struggle to get to Level 100 because if you didn’t know Spelunker is hard with a capital H; this may look like a standard platformer but this is more of a puzzle platformer where everything is about timing and precision. One false step and it’s death for you, even being a pixel out results in your Spelunker dying which you need to get used to as it will happen a lot. Thankfully you respawn where you died and you have extra lives, if you lose all four then it is back to the beginning for you. Hard checkpoints don’t appear until after you have completed the first stage so play careful.

Whilst you may start to feel bullied by just getting used to the jumps and other obstacles that litter your way, you also have to contend with enemies as well, this ranges from a swarm of bats to Ghosts to snakes. Thankfully your Spelunker is smart and has brought with him trusty gadgets to defeat these guys. First up is the Flare which is perfect for waving in front of the bats to get them to disperse. For the Ghosts you have your oxygen tank to help blow them away. Though with this you need to be careful as your Spelunker needs this oxygen to breath so only use what is necessary.

If 100 levels was not enough torture than Spelunker HD Deluxe also has a Championship mode with Multiplayer! now you and your friends can team up and enjoy the stress together. Championship mode also adds a leader board so you can see who is the real Spelunker champ. Being able to play this with friends made the game more enjoyable and less of an exercise in frustration. It added hours of extra fun and enjoyment and is a good edition to this release. 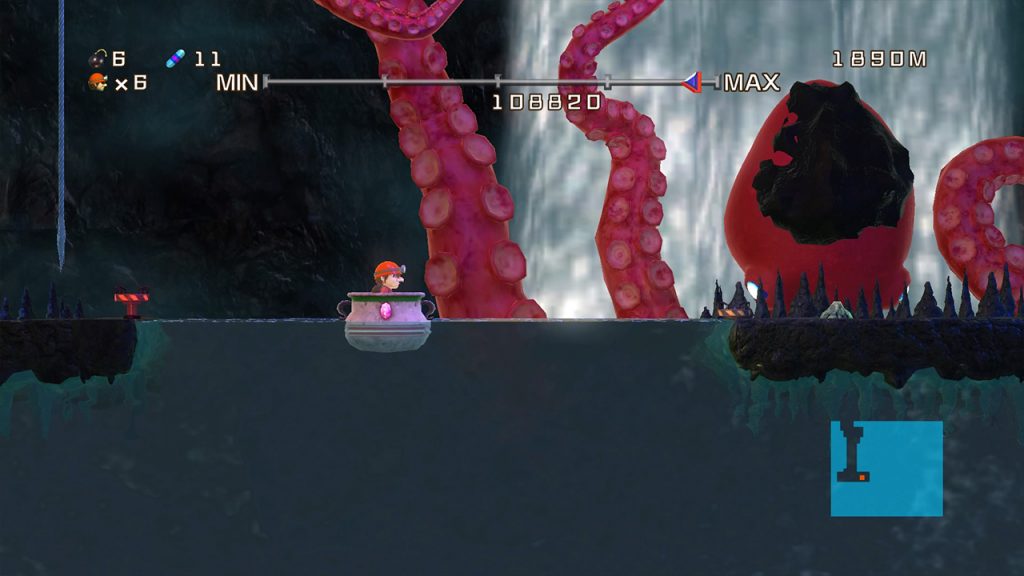 If that was not enough there is also an endless Cavern mode called Neo Spelunker, this adds randomly generated levels that never end.. Well until your lives do! I found myself gravitating to this mode the most when I wanted to get a quick fix during lunch breaks.

Whilst Spelunker may not be the most graphically impressive game and the HD looking very last gen, it still works well with in the context of a non triple AAA game. For those of you who are itching for a more Retro look will be happy to know there is also an 8-bit Graphic and sound mode, it feels just like you are back in the 80’s playing on a NES or Famicom.

Sound is where I was most impressed with this title the music may be short and not the most numerous but they are really catchy and you will find yourself humming them throughout the day and bopping your head along whilst trying to catch that one rope you need to complete the level. 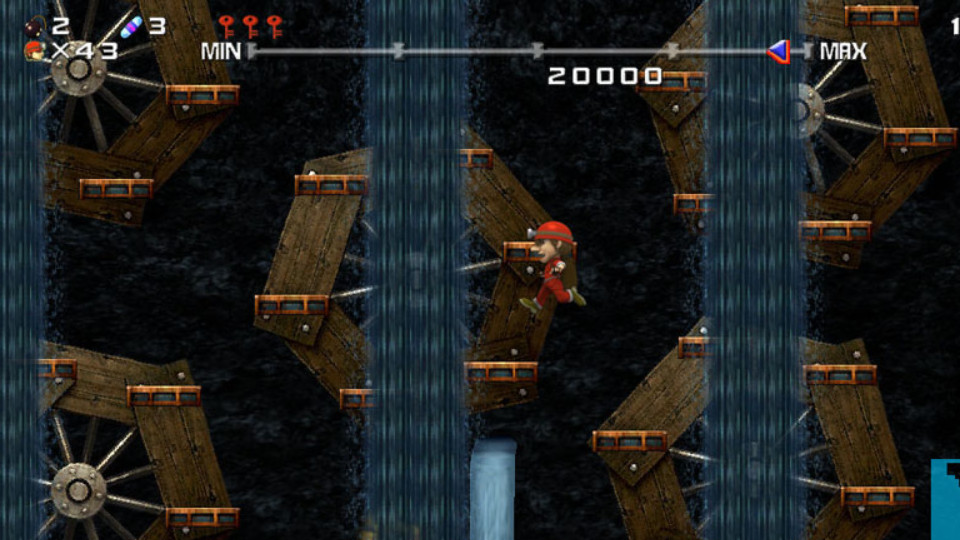 Spelunker HD Deluxe completes everything it sets out to achieve, it is a faithful remaster of the 2010 version with enough additions (multiplayer) to feel warranted. The controls are tight enough that deaths don’t feel too cheap and the depth of levels will keep you entertained for a lot longer than most remasters. My only real issues is I feel they could have done more to the 3D graphics to make it really feel like a remaster. Instead of just a port with additions.

I would recommend this game to anyone who has an itch for old games with a punishing difficulty or anyone who likes to torture there friends and are bored of Super Mario Party.