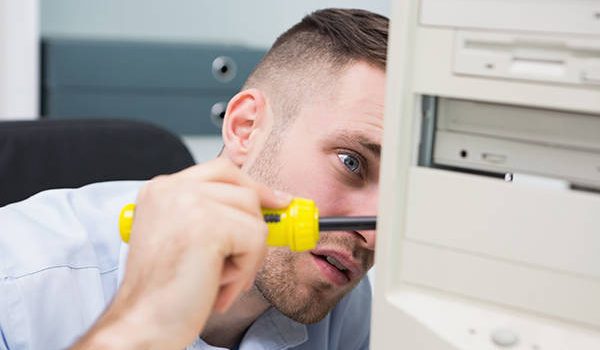 Speed up your parent’s computer with Kingston SSDs

With the latest and greatest in computers stretching into the thousands of dollars to purchase, there’s a good chance your parents are toiling away with something from yesteryear that is well beyond its prime, crying out for a boost in performance.

For those that are not living on the bleeding edge of computing, upgrades tend to be few and far between. That old relic that your parents rely on may have Windows 8, Windows 7, or, heaven forbid, Windows XP ticking away on a hard drive that is ready to throw its hands up and surrender, severely slowing down performance. While they complain every so often that it’s a little slow, they keep at it because they know at the end of the day, in the modern era, having a PC – even a slow one – is a necessity.

Age, however, keeps computers from performing their best. We all know the more you load onto a computer and the more files and drivers you pack in, the worse the performance. However, rarely do we think of the simple fixes that could bring speed back to where it should be.

Regardless of whether it is a desktop PC or notebook, one of the fastest ways and most cost effective ways to make any old computer fast again is with a solid-state drive (SSD) which can automatically increase performance at a fraction of the cost of replacing the machine. If you want to blow their minds, don’t tell them what you are doing and Mum and Dad won’t see it coming.

Kingston’s UV400 solid-state drive can take the place of either a 2.5 inch or 3.5 inch hard disk drive. Replacing the slower and severely out-of-date physical drive with a 120GB, 240GB, 480GB, or 960GB option will see speed increases as high as 550 megabytes per second compared to the 80 to 100MB/s offered by the older drive.

SSD technology doesn’t just offer greater drive access speeds but also excellent reliability and durability. It uses flash memory, similar to what you find in USB stick drives and no moving parts for a more efficient drive experience. It can turn any old computer into something instantly new again without spending up a storm.

If you want to bring the cost down even further, look into the economically priced Kingston’s V300 solid-state drive. It offers speeds as high as 450MB per second, which is lower than the UV400 but still much faster than the old drive.

Whichever option is picked, both are designed for easy installation. Ask that tech savvy family member or family friend for a hand to unleash the potential of Mum and Dad’s PC. Your relatives won’t even realise what has happened, and will think of your upgrade as a miracle that has saved them loads of money – an amazing job that will make you a genius in their eyes.