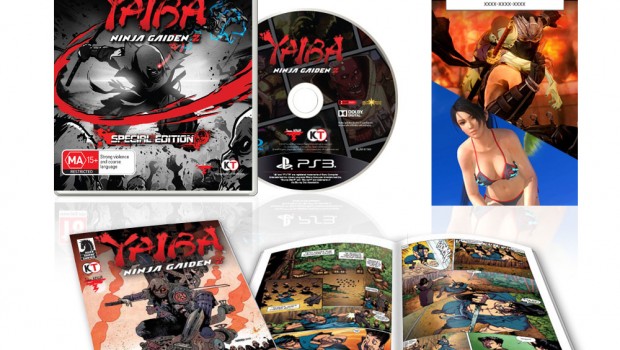 Tecmo Koei Europe and Mindscape today announced details for the Special Edition of YAIBA: NINJA GAIDEN Z. The Special Edition, containing exciting extras, will be available at launch in limited supply for fans that purchase the retail game for either the Xbox 360® video game and entertainment system from Microsoft or PlayStation®3 computer entertainment system when it launches on 20th March. Additionally, Team NINJA today released new screenshots of the bloodthirsty cyber ninja Yaiba Kamikaze going toe-to-toe with the legendary leader of the Hayabusa Clan, Ryu Hayabusa. 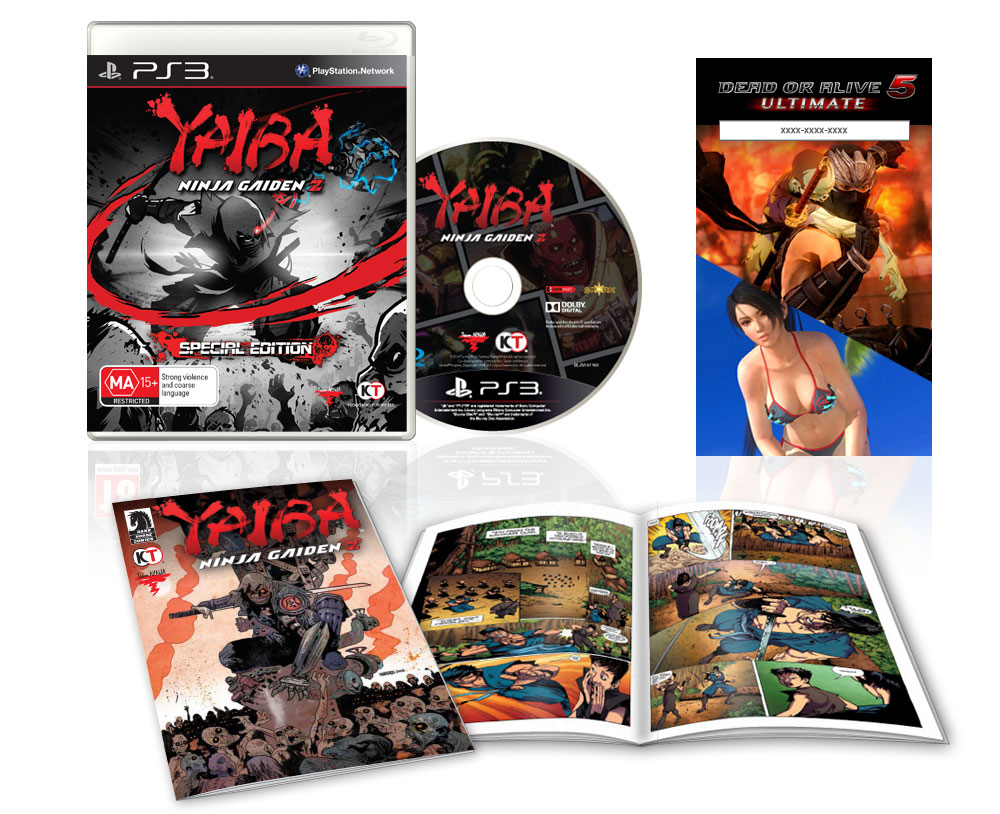 The Special Edition of YAIBA: NINJA GAIDEN Z will include an exclusive full colour comic book by Dark Horse Comics, exclusive Yaiba themed DLC costumes for both Ryu Hayabusa and Momiji for use in Dead or Alive 5 Ultimate and an original soundtrack in both the PS3 (via download voucher) and Xbox360 (included on physical disc) versions. The limited run can be picked up wherever copies are sold while supplies last. In celebration of this news, Team NINJA has released new assets giving fans a sneak peak at the chaos that will ensue when these two shadow warriors collide. 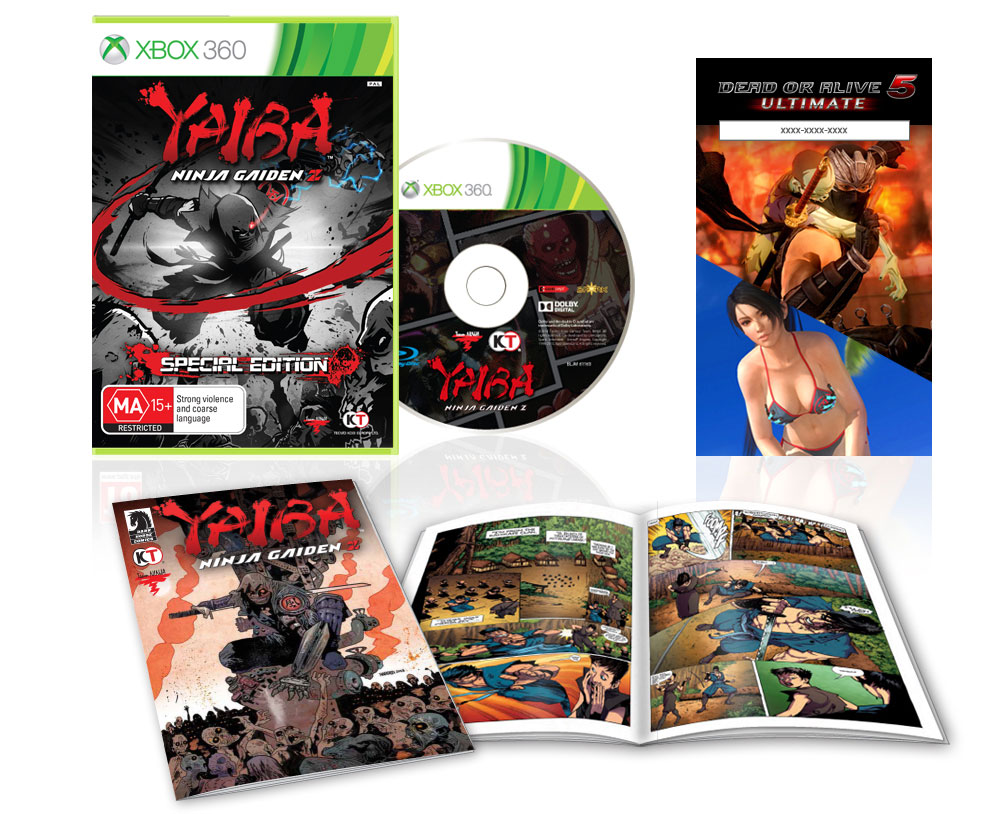 The sparks from katana fly in all new in-game screenshots as Yaiba comes face to face with the steely gaze of the ultimate ninja, Ryu Hayabusa. Spoiler alert: Yaiba doesn’t care. His lust for revenge burns deep within every aching cyber implant. Even with Momiji in the background supporting Ryu, Yaiba plans to use his cyber fists and bloody fail to make Ryu feel his pain. But, Ryu is no chump. A master of elemental ninpo, skilled combatant of both sword and bow, the dragon ninja has no plans of being bested by this cyber freak. Can Yaiba withstand Ryu’s barrage of ninpo magic and avoid falling victim of the Izuna Drop or is he doomed for the same cold fate yet again?