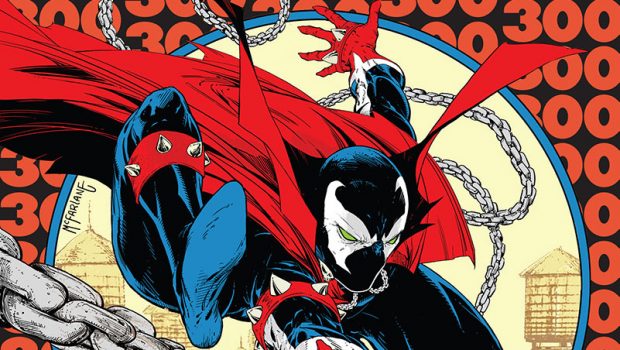 Image Comics is pleased to announce that a second printing of Image Comics’ President Todd McFarlane’s Spawn #297 has been greenlit in order to keep up with increasing demand for the long-running series.

Momentum and frenzied buzz surrounding the classic antihero series continues to build leading into historic Spawn #300 and record-breaking Spawn #301 when Spawn becomes the longest running creator-owned comic in the world.

The road to Spawn’s record-setting 300th issue continues as Al Simmons’ war with Heaven and Hell is brought to light in issue Spawn #297. McFarlane and Jason Shawn Alexander continue their exploration of the epic Spawn saga, leading to the recording-setting 300th issue!

Spawn is currently being adapted for film—a gritty, R-rated reimagining—which will mark Image President, co-founder and Spawn creator, Todd McFarlane’s film directorial debut. McFarlane, an Emmy/Grammy-winning producer/director is also on board as screenwriter and co-producer with Blumhouse Productions.

Spawn sold an unprecedented 1.7 million copies at the time it was released and is one of the world’s best-selling and longest-running monthly comic books, with hundreds of millions sold worldwide in more than 120 countries, and 15 different languages.