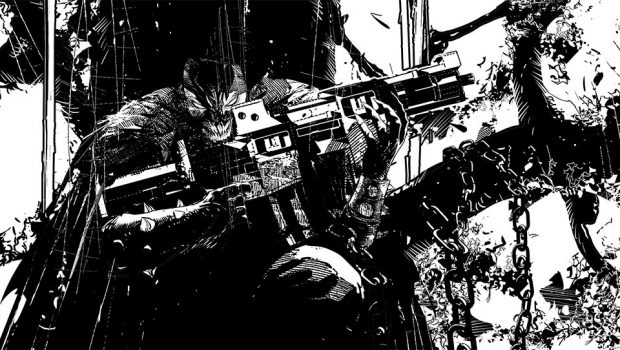 Summary: The story is well paced, and grabs the attention of the reader from the beginning with little let up.

It’s always great to have Spawn back in the world comics and this issue doesn’t disappoint. The writing is on point and the art is a perfect marriage of the word and imagery. The art work suits the story and is of a top-notch quality. The way artist Szymon Kudranski depicts Spawn in the shadows lends the artwork an expressionistic tone in the artwork. Spawn hasn’t looked this badass in ages. Fco Plascencia uses colours effectively to create a consistent tone throughout the story.

The art is well rendered, and Todd McFarlane continues to be a good writer of the medium. His detailed rendering of Spawn really brings the character to life and creates some great visuals that leap off the page. Especially with a character like Spawn. A character whose design and aesthetic is tailor made for dramatic panels, and splash pages. Throughout the issue McFarlane never fails to include images that depicts Spawn in all his awesomeness. One standout panel would be the emergence of the titular character to kick off a fight. A great reminder of the skill McFarlane has at his disposal. The very skill that catapulted him to the big leagues of artists during the 90s.

The story is well paced, and grabs the attention of the reader from the beginning with little let up. This gives the story a fluid layout that facilitates engagement from the reader with the story. Soul Crusher also makes for a great villain given his warped sense of justice. A sense of justice that involves killing a doctor to get to Cyan. Therefore, Soul Crusher can to question Cyan about her kidnappers. However, the main flaw to Soul Crusher’s plan of getting rid of evil is that he too is evil.

Although this issue is not a masterpiece or a classic but there is very little to hate. The exposition can be a bit clunky at times but is industry standard for the comic book medium. However, this be deal break for what is a well-drawn and well told story.