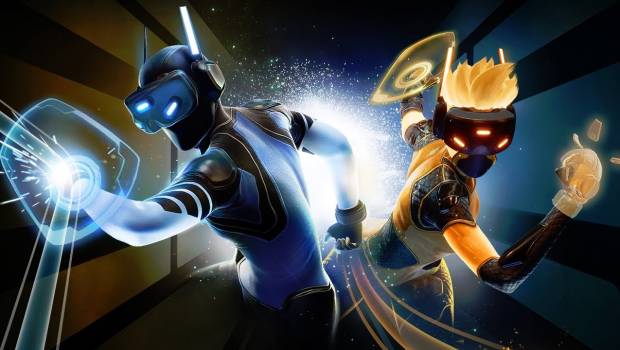 Summary: The community, mechanics and gameplay are all top tier and have the potential to suck in even those who are notoriously adverse to organised sports

The advent of VR gaming has quite literally changed the way in which we experience games and in more ways than just placing the player within the game world.

The increased physicality that comes with using your body as a controller can be both advantageous and detrimental; for example, in a game like Dark Souls, repeatedly going up against a particularly tough foe will eventually yield victory in your favour… In short, persistence pays off. 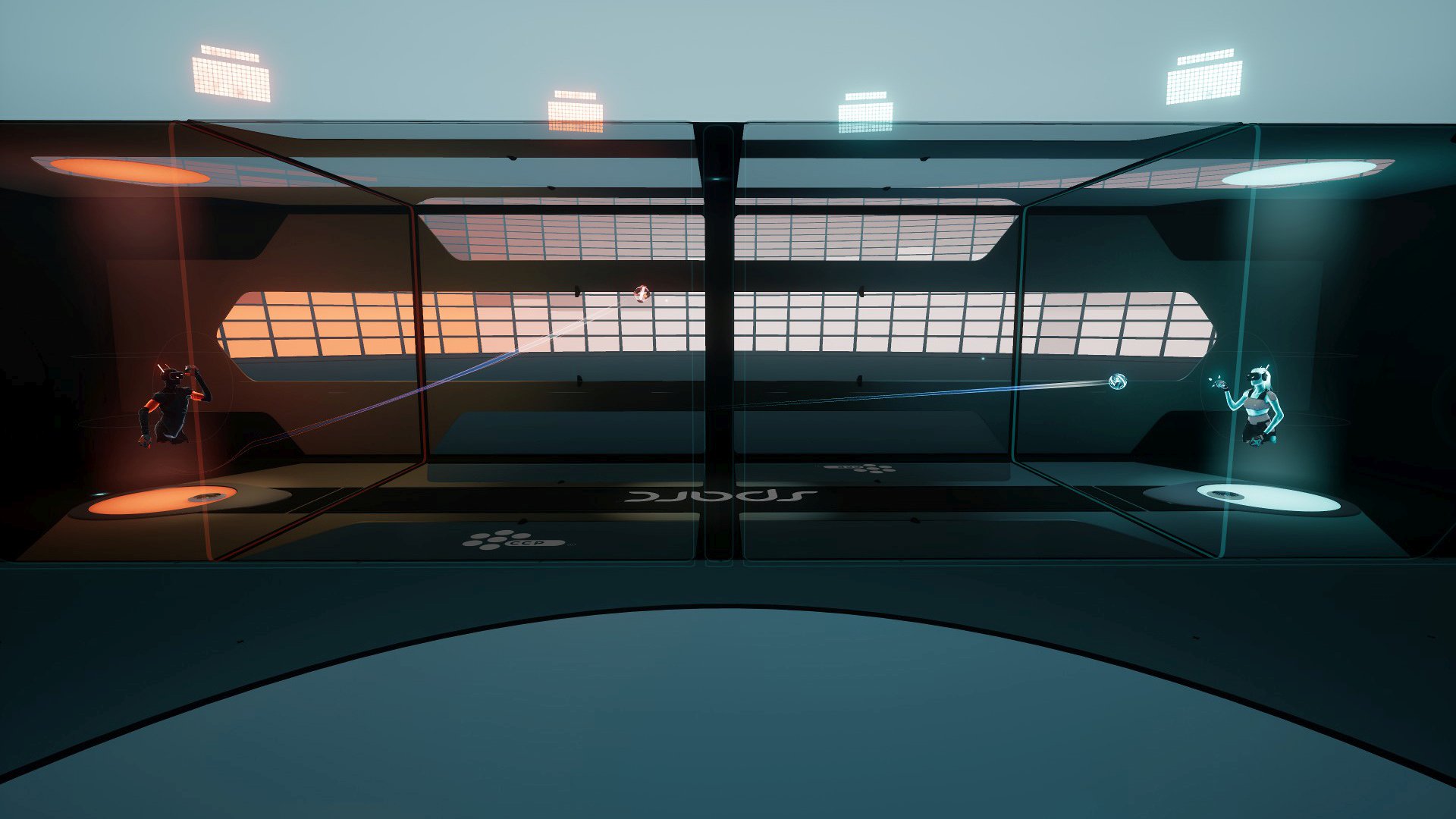 When your limitations are constrained by your own physical fitness, however, then constantly attempting a task within a game without any form of respite will, unlike using a controller, lead to fatigue and, by proxy, inevitably affect your performance.

I personally discovered this harsh fact when making my way through Superhot VR – Try as I might, I’d eventually reach a point where the physical exertion necessary was just out of reach, forcing me to take a break whether or not I felt that my time with the game was done or not. 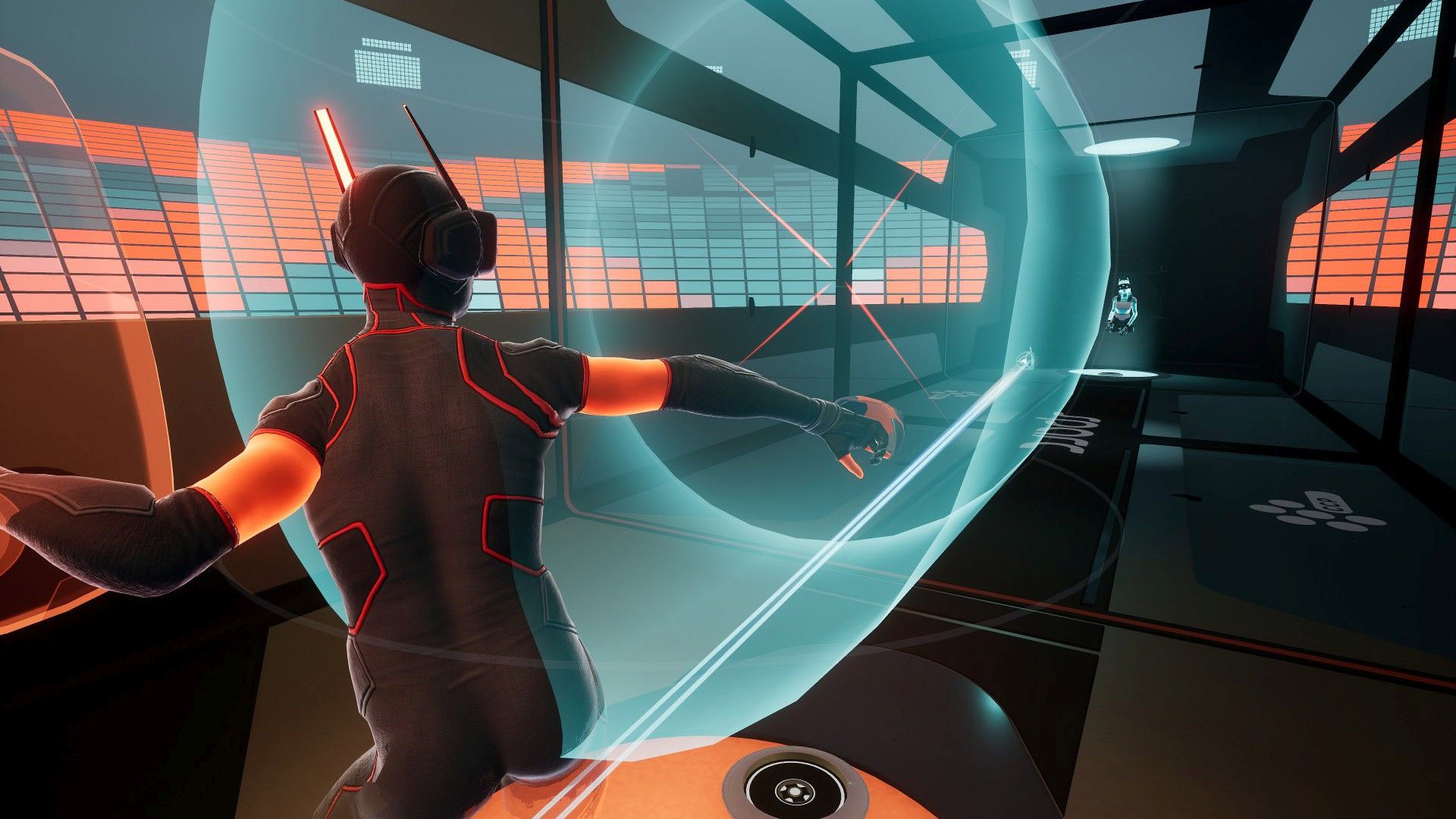 But this was also a double-edged sword, as taking intermittent breaks between play sessions would allow me to ruminate on how I’d performed and formulate new approaches that may not have occurred to me during moments of intense gameplay… In addition to managing the elements of the games, I was now also having to factor in my stamina and fitness levels, which impacted heavily upon not only my time spent being able to actually play, but also my effectiveness, which can diminish quickly depending on how active a game is.

Which leads us to SPARC, a game I enjoy immensely – and one which may very well be the first legitimate contender for a VR Esport –  but also a title that painfully exposes my foibles when it comes to competitive sports and, more often than not, leaves me a dejected heap of collapsed limbs after mere matches of intense gameplay. 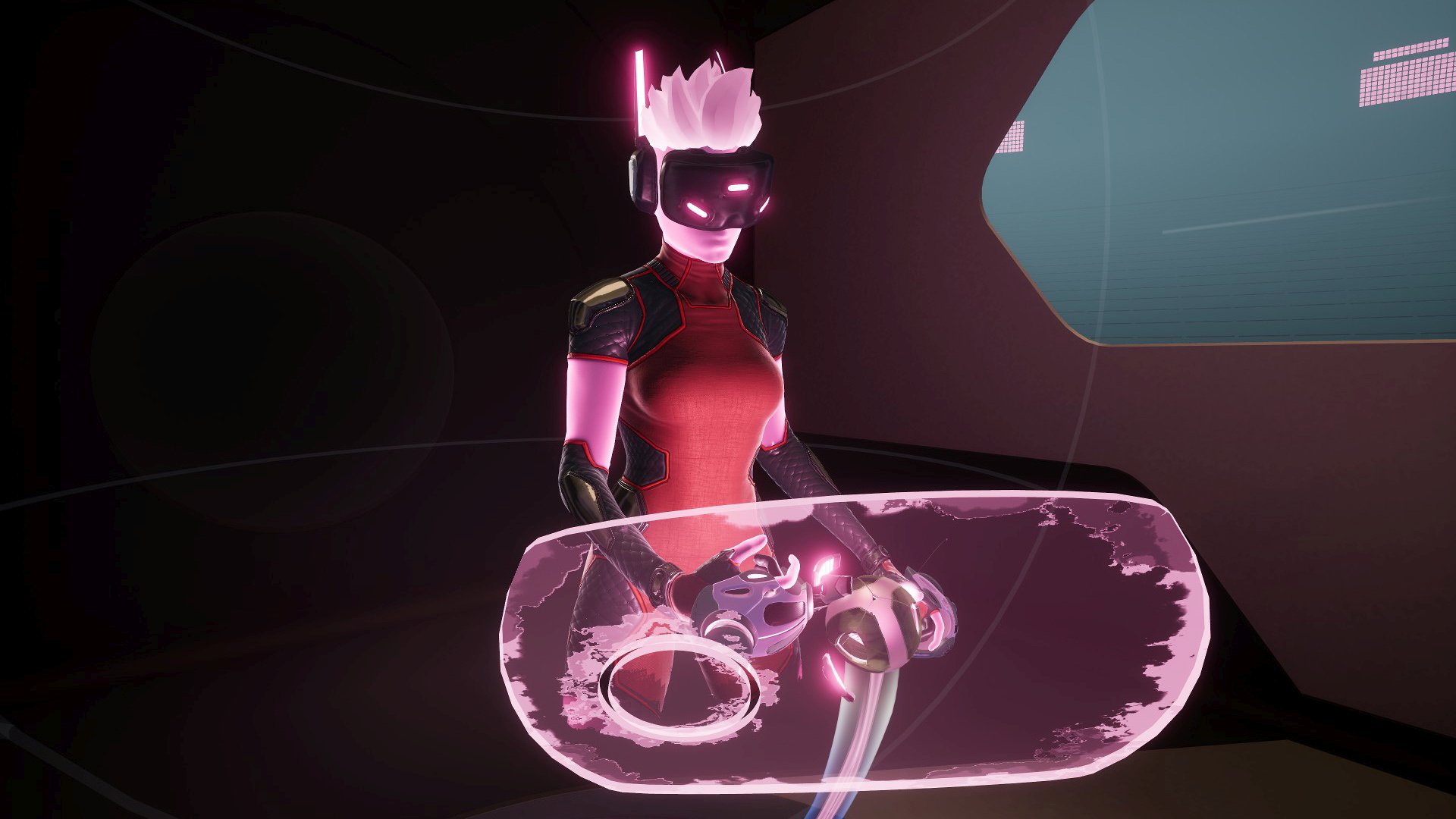 Depending on how active you are, SPARC is going to put you through your paces in a way that those lousy Kinect exercise titles never could, but the adrenaline rush that comes with taking on another living and breathing opponent in a fast paced futuristic game that could be ripped straight out of the film TRON more than makes up for the many gallons of sweat that’ll be collected in visor of your headset.

The basic premise behind SPARC is deceptively simple – Essentially everything boils down to landing a hit on your opponent.

Players throw the ball at their opponent, who can then dodge out of the way or deflect the shot with their shield; the balls don’t bounce back, so you never have to worry about being hit from behind by a stray ricochet, but using your shield comes with a caveat: You can only activate your shield when holding your ball and, once you’ve used it, you’ll need to throw your ball before it’ll recharge. 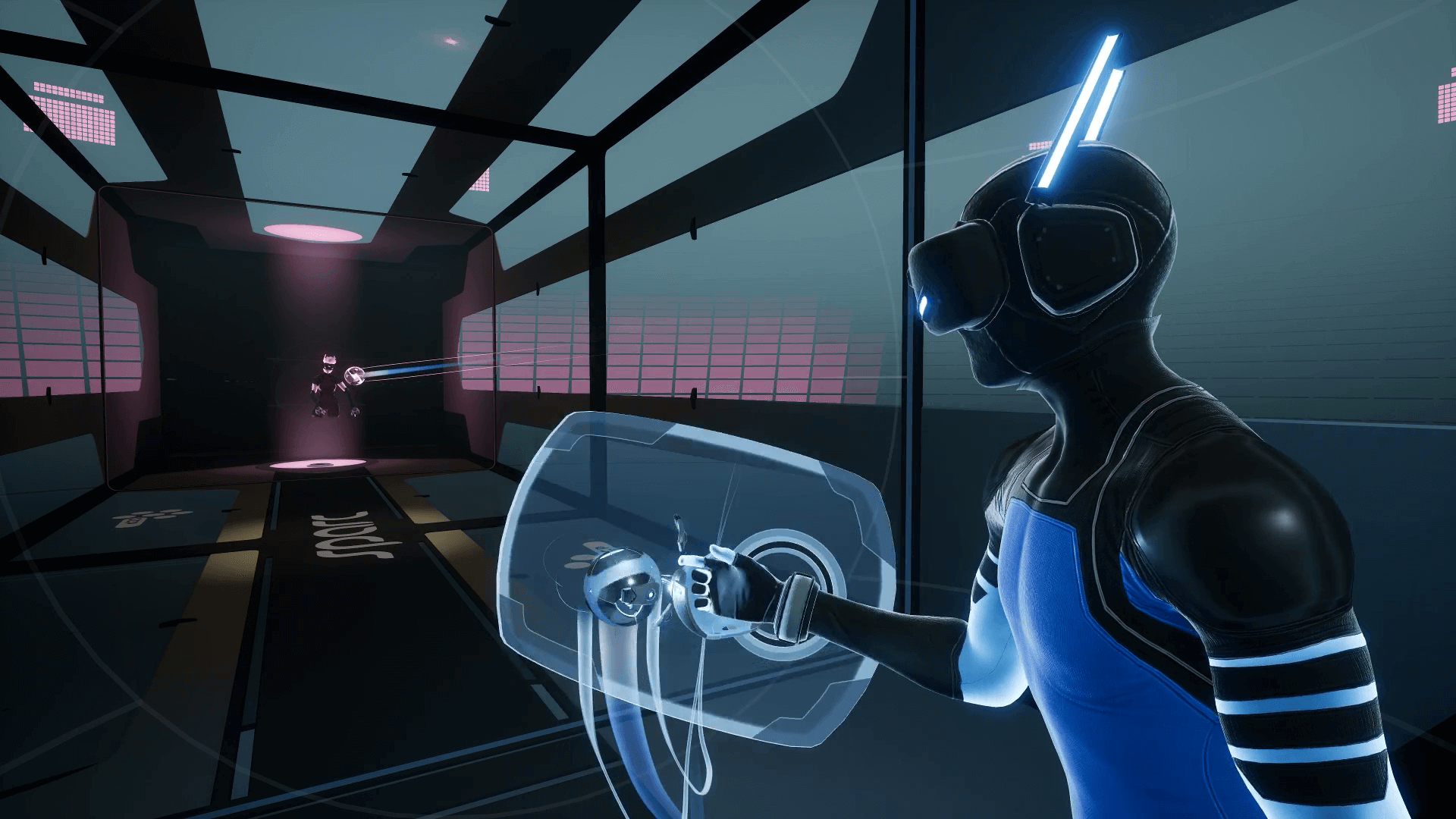 Careful management of your shield is paramount for attaining victory, as is hitting the strike zone area behind your opponent, which causes your ball to increase in size and ups your chances of landing a hit… And that’s basically SPARC in a nutshell.

There are three game modes to select from, Basic, Advanced and Experimental, and each offer their own fresh feeling spin on the core game mechanics. Basic drops plyers into a three minute long match where you can punch your opponent’s ball back at them; Advanced, on the other hand, removes the punch ability, which forces you to constantly push the attack as your defensive capabilities are now severely limited.

Lastly, there’s experimental, which essentially changes up the arena so that you have different angled surfaces to bounce your ball off of. One aspect of SPARC that I thought wouldn’t work at all is when you first drop into a lobby, you’re forced into the role of a spectator and must wait out the match before getting the opportunity to play. 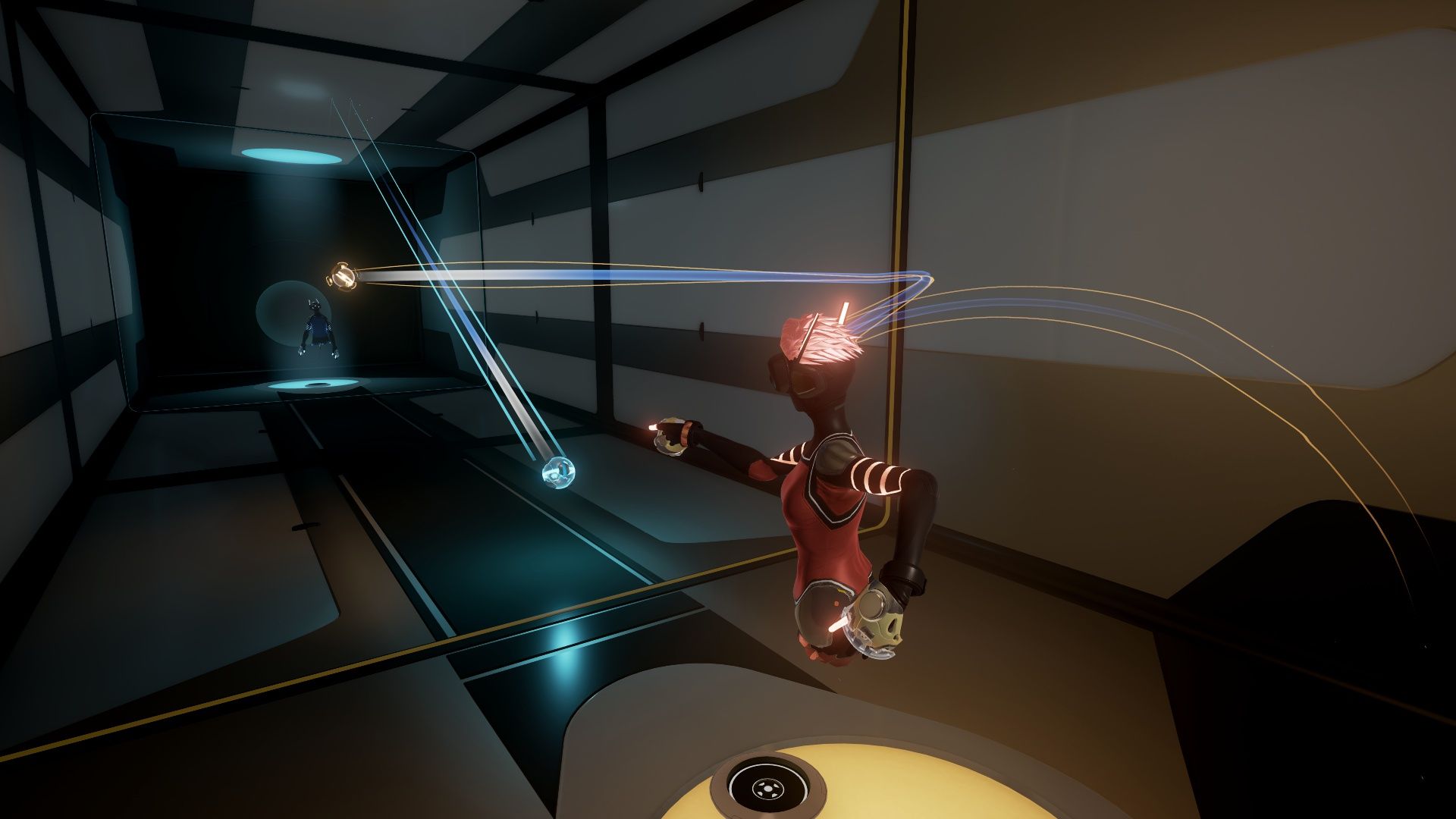 This honestly sounded like it’d be a slog to get through each time I wanted to play a match but, in all honesty, just kicking back on my couch and watching how others approach the game turned out to be one of the best ways to psyche myself up before diving in, and this is coming from somebody who’s watched probably around twenty minutes of sport in his entire life and not a minute of that by choice.

You can hear other players comment on the game and it really helps foster the sense of community that has sprung up around the title, particularly since cross-play was introduced. There are some challenges to muck about with if you don’t feel like going up against a real opponent, but it’s the multiplayer experience that’s the true meat and potatoes of the entire SPARC experience. 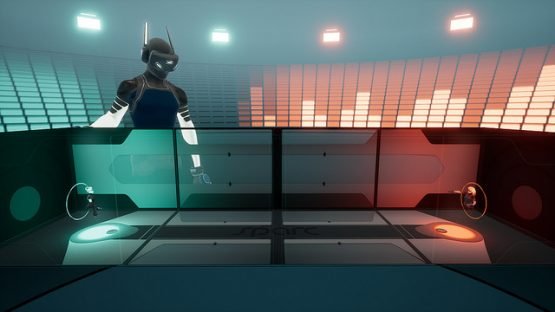 I’ve always enjoyed standing up and using the moves whenever possible with PSVR, but very few game offer the tracking and responsiveness necessary for a fully immersive experience.

SPARC is perhaps the finest example of accurate tracking I’ve yet encountered whilst using Sony’s headset, feeling almost one to one with my real movements and, most importantly given the competitive nature of the game, it never once randomly bugged out as most titles that use the Moves are apt to do. 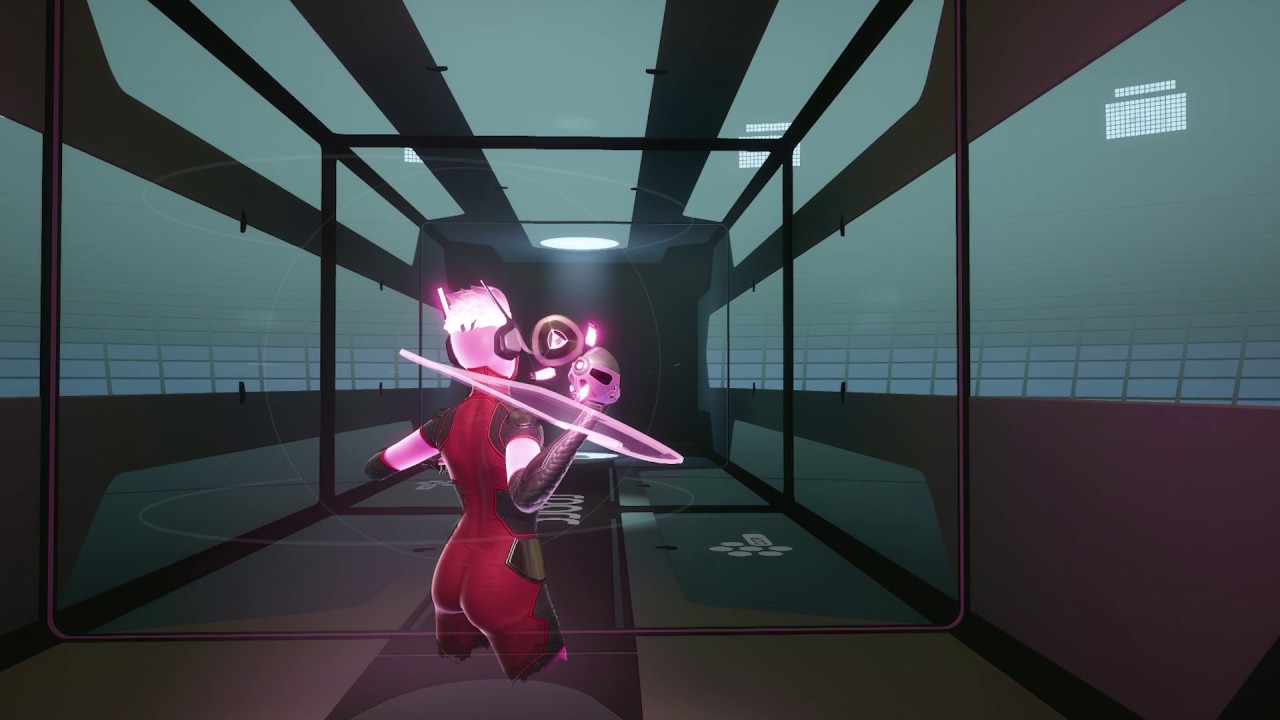 If you’re not particularly physically active or dislike playing one on one matches against real life opponents, then it’s probably wise to give SPARC a miss, as the single player options are admittedly lacking.

For everybody else though, I’d recommend strapping on a shield and diving into the fray, as the community, mechanics and gameplay are all top tier and have the potential to suck in even those who are notoriously adverse to organised sports… I’m living proof of that.