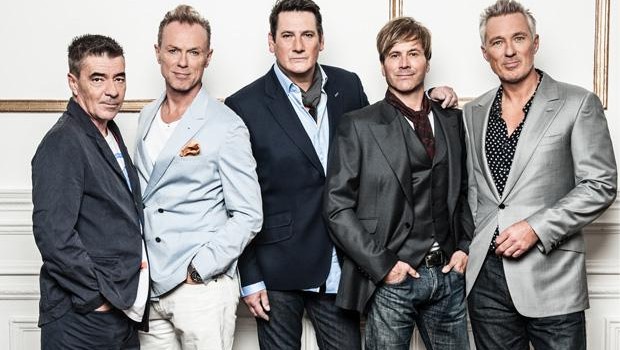 After blowing audiences away on their recent world, legendary UK band Spandau Ballet arrive in Australia next Tuesday to commence their national tour, ‘Soul Boys of the Western World’.

The band will perform live on Sunrise on Tuesday 12th May before heading to Brisbane to commence the tour on Wednesday.

Critics have been raving about the show:

“It was an acoustic singalong of GOLD that really raised the arena roof, 20,000 voices joyously belting out “you’re indestructible” revelling in pop’s magical power apparently to suspend time itself.”
Daily Telegraph 20.3.15

“The sound was immaculate, the staging sleek and the five original members present, correct and genially engaged.” The Times 18/03/15

“With Mist rising beneath their feet and aerial images of seas and rainforests on the screens behind, the band soared into a transcendent closing sequence including I’ll Fly for You, Communication, Lifeline and True before returning for an encore of Through The Barricades. Setting the Gold standard in arena soul-boy rock once again.” The Times 18/03/15

“With eight UK Top 10 albums and 25 million records sold, you knew you were in for a good show and the Lahndon boys didn’t disappoint.” Manchester Evening News 15/3/15