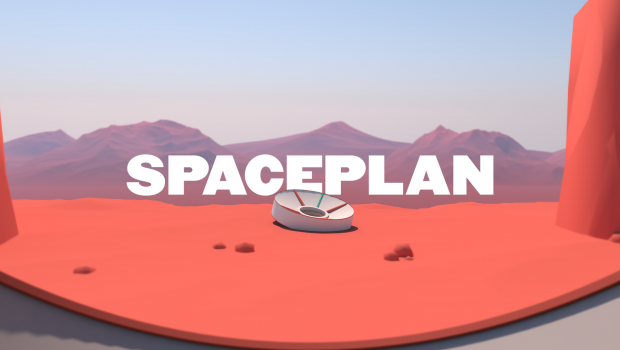 The Cold Vacuum of Space – Independent developer Jake Hollands and interplanetary game label Devolver Digital have announced SPACEPLAN will arrive on the App Store, Google Play, and Steam on May 4 for AUD$3.49.

SPACEPLAN is an experimental piece of interaction based partly on Jake Hollands’ total misunderstanding of Stephen Hawking’s A Brief History of Time. Use manual clicks and the passage of time to create and launch potato-based devices and probes from your nondescript satellite orbiting a mysterious planet. Unlock the mysteries of the galaxy or just kill some time in what the astrophysics community is calling the ‘best narrative sci-fi clicker game of all times’.

Starting its life as a web-based clicker prototype, developer Jake Hollands has greatly expanded SPACEPLAN into a robust and intriguing narrative experience based almost entirely around the slow trickle of time, furious tapping, and potato-based technology. Seriously, he has even received fan mail from the good folks at NASA so you know it’s good.
FEATURES