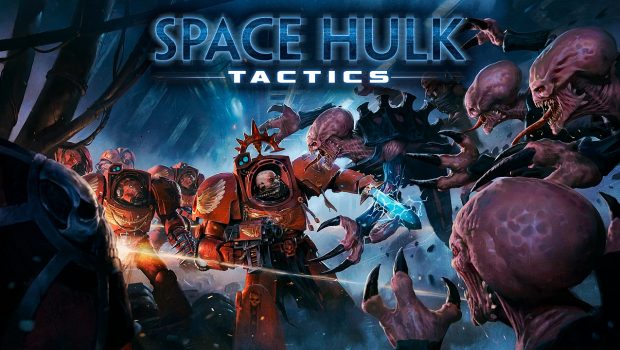 Summary: A blast from the past rebuilt for current gaming, with enhancements and improvements to gameplay.

I’ve been gaming for some time now and there are certain games that leave their mark, either for great stories, great graphics or great sound. I remember with great fondness the opening sequence for 1993’s Space Hulk, the animation was minimal but the music (“Get Out Of My Way” by D-Rok and featuring Queen’s Brian May on guest guitar) stole the show! As for how that game played… it was alright, the atmosphere was good for the time and certainly borrowed heavily from the Aliens vibe. So 25 years later, what is a Space Hulk game like? Essentially an enhanced version of that 1993 release… and that’s not a bad thing. 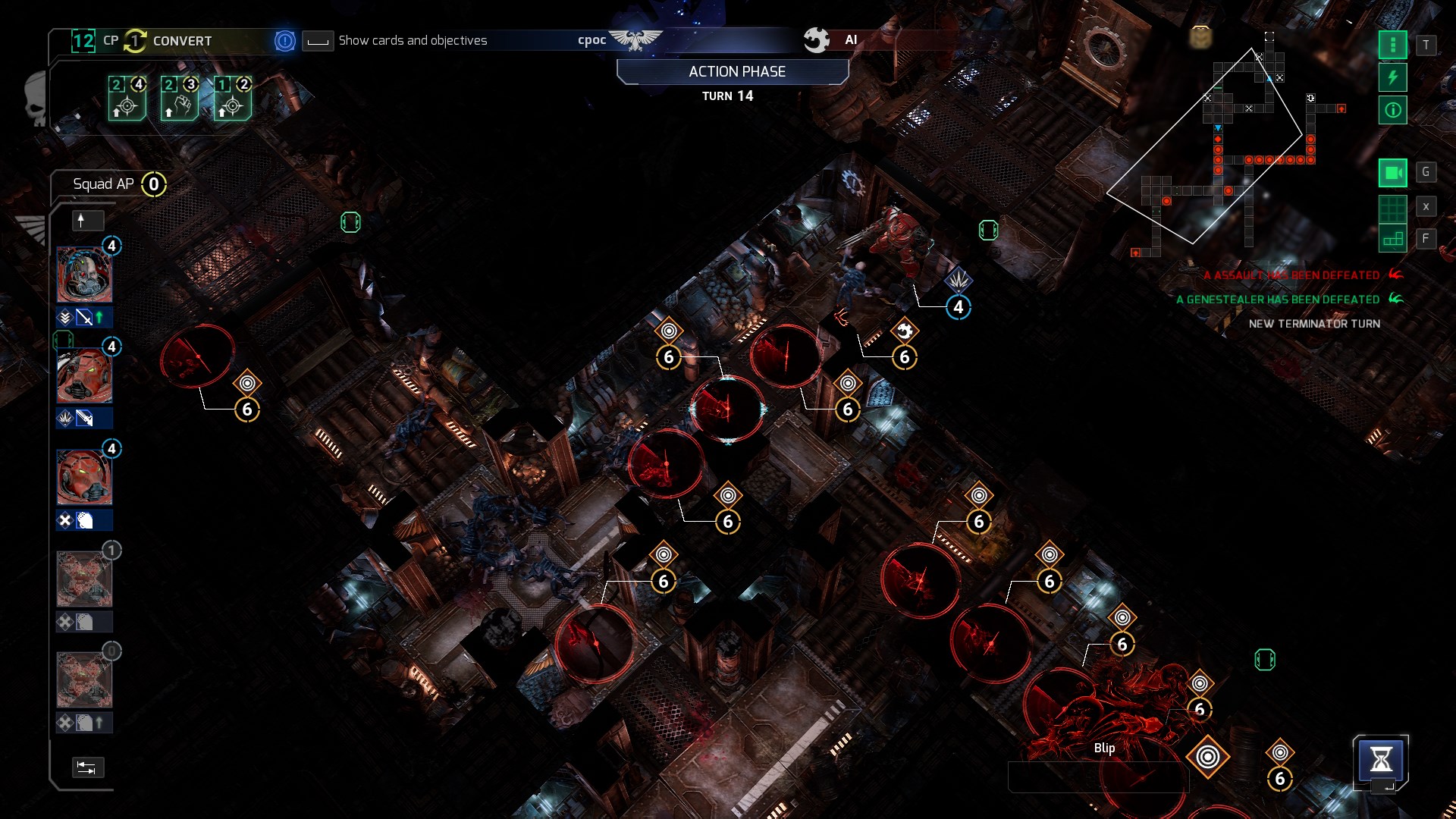 Being based on the same Warhammer 40,000 universe board game the setting and general feel is obviously the same but the latest version has some interesting “upgrades” The first notable difference is the gameplay mechanic. You still have an overview map and a first person perspective, but the game is now turn based and can be played either from the first person perspective or from an isometric view. The shift to turn based I think does the most for the game. 1993’s Space Hulk saw you trying to control multiple Space Marines at the same time in “real time” as such, if one of your squad was attacked you would have to quickly switch to them and try and fend off said attack… frequently you’d be too late and they’d die and before you knew it, the Genestealer was tearing another squad member apart. Breaking down the game into movements turns gives you a chance to assess the situation and to have a reasonable chance of fending off any attack. 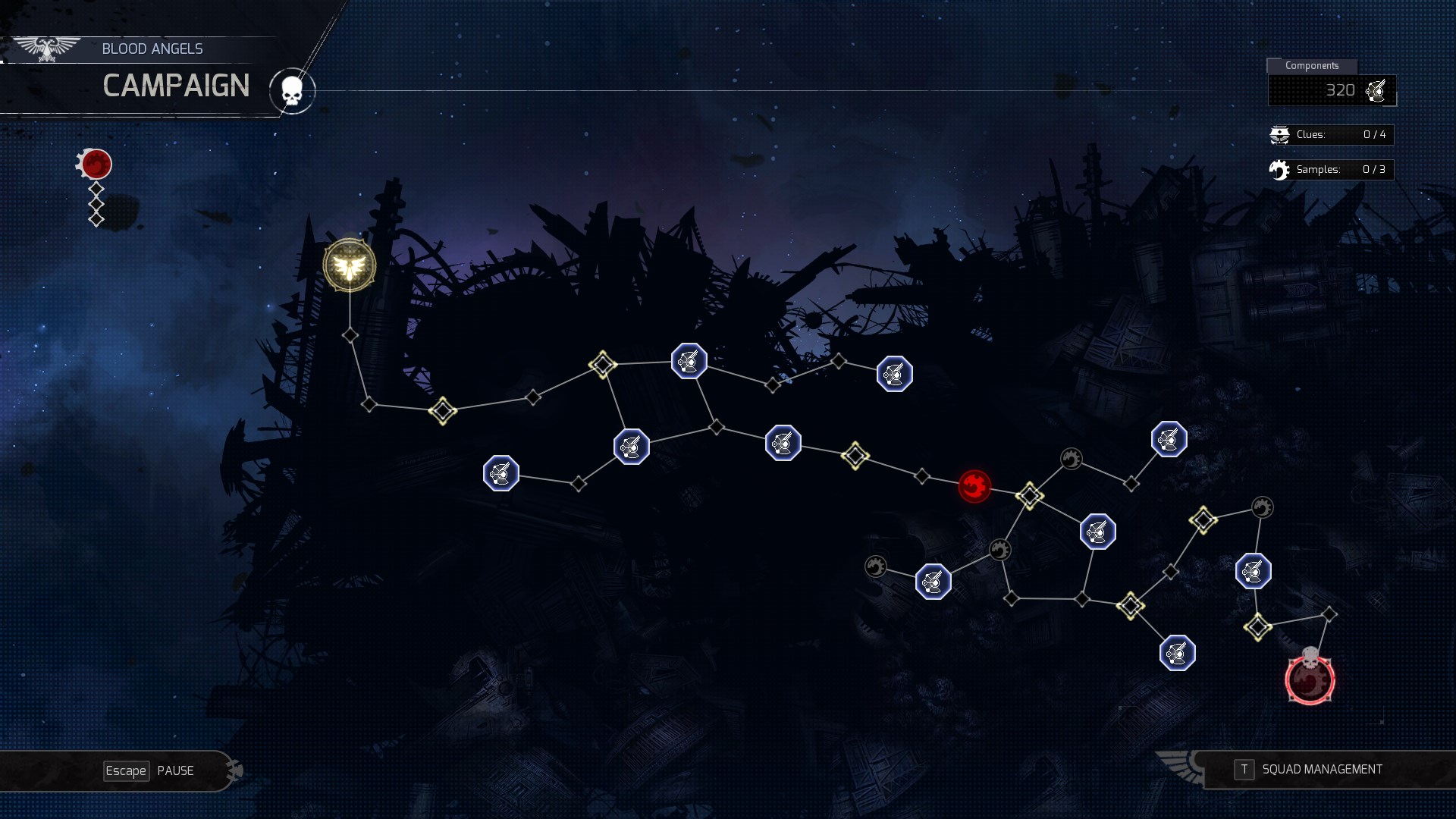 But that’s not to say things don’t get challenging anymore, take your time wandering around the Hulk as the Space Marines and you soon find the number of Genestealers building and building… a seemingly endless army will amass and swamp your squad. Conversely you can play as the Genestealers and doing so will teach you very quickly that you have to make the most of their speed and close ground before attempting to take out a Space Marine as their weapons mean distance is their friend in combat, but the Genestealers are lethal at close range. The difference in the two forces strengths and weaknesses also goes a long way to the replayability as the difference between attack styles is significant and you cannot play them both the same way…. unless you have a thirst for heavy casualties. 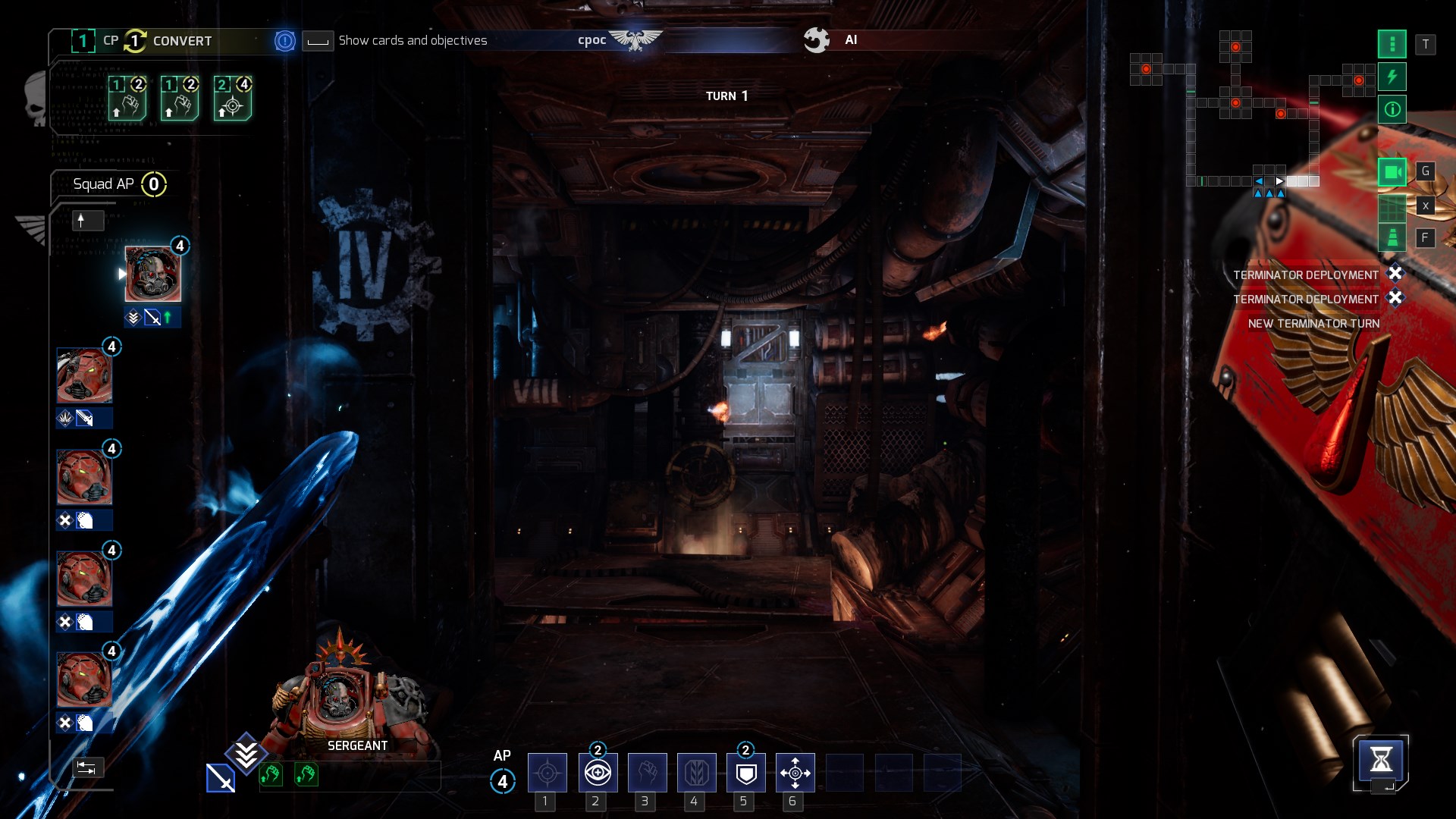 Objectives can become a little repetitive after a while, there are some additional types as you progress but they all revolve around the same sort of notions. Insert troops into location, activate item/plant bomb, recover intel or evacuate/defend team… variations on these themes are the main missions you will experience but it’s the tactics that are likely to keep you playing anyway. Tactics are also why you will probably end up wanting to play the game in the isometric view too. While it’s pretty cool to see the corridors ahead of you and your fellow Space Marines in their massive armour, you do lack a certain sense of scope… it’s kind of the difference between being a soldier in the field and being the commander observing the live feed from a safe bunker. Another notable addition to the game play that wasn’t present in the 1993 version is cards… cards can now be used either to enhance skills, such as improved accuracy of next shot, or consumed to grant a few extra action points. The difference between success or failure in a mission can easily depend on the use of cards and they should not be underestimated! 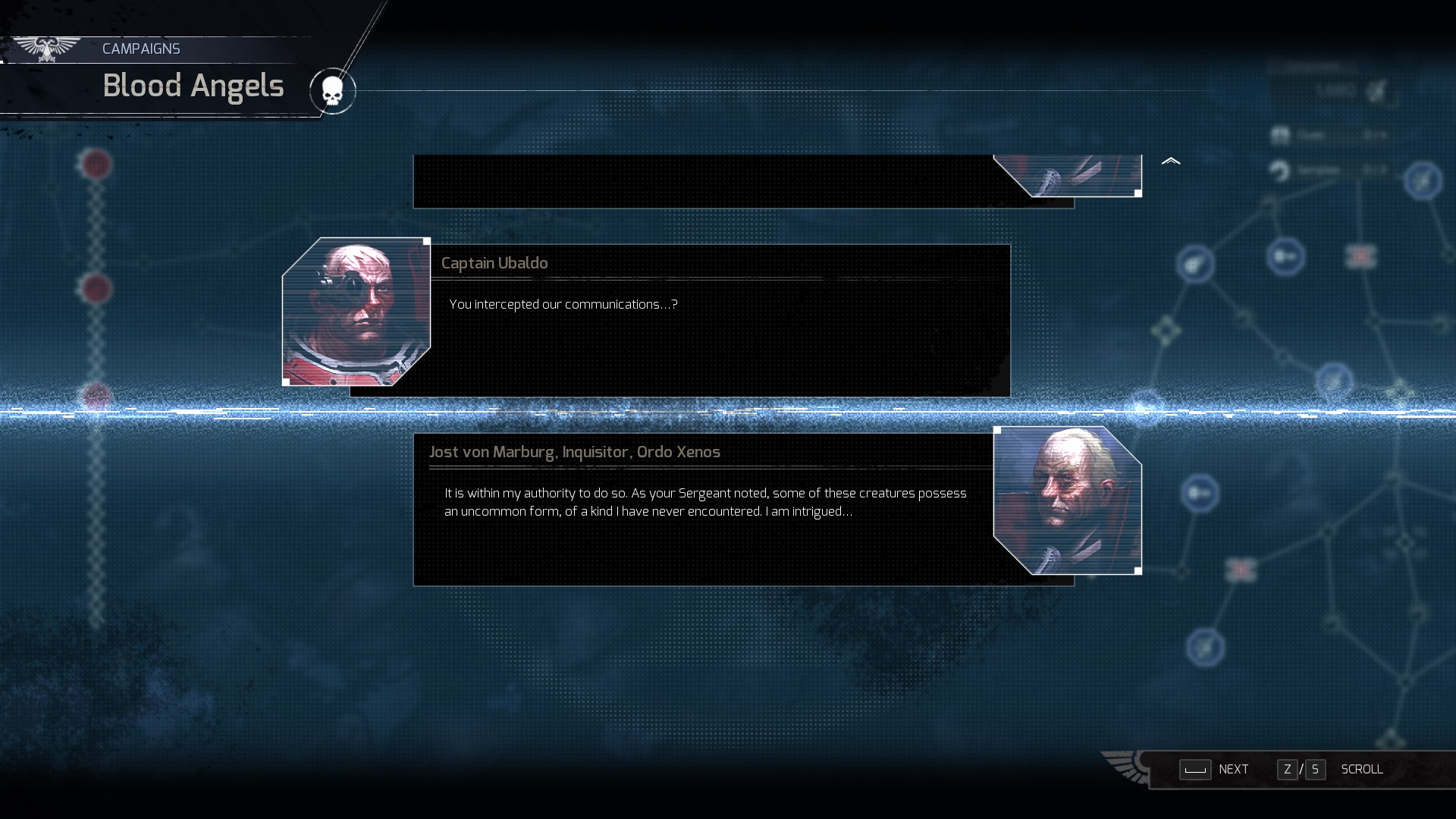 Overall I would actually say I enjoyed Space Hulk: Tactics a lot more than 1993’s Space Hulk. A lot of that comes down to feeling like I have more control over the action… seeing your team mates get ripped to shreds yet seemingly not doing anything to help themselves got frustrating and, if memory serves, made the game too frustrating to continue playing. Space Hulk: Tactics on the other hand has a good pace and some what eases you into the game, but more importantly the fact that you can place your team where you want without the fear of someone being attacked out of no where and that suddenly leading to the rest of the team following them to their graves shortly after just makes it less head bangingly annoying. The ability to make your own maps and play other fans around the world means you should be able to get enjoyment out of this game for some time to come.

Now “Get Out Of My Way” I’m on Overwatch!