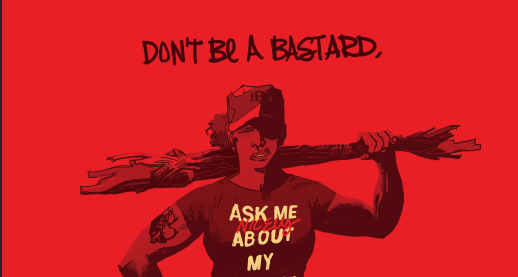 DON’T BE A BASTARD!

In response to the recent trend toward online harassment, Jason Latour and Jason Aaron’s SOUTHERN BASTARDS #16 issue will feature a special variant cover to benefit charity. The proceeds raised by this variant will be split between the SOUTHERN POVERTY LAW CENTER and the ACLU.

This is not the first time Latour and Aaron have announced a variant to benefit charity. The SOUTHERN BASTARDS #10 charity variant raised $18,000 for the victims of the Emanuel African Methodist Episcopal Church shooting in Charleston, SC.

SOUTHERN BASTARDS is a bestselling, Eisner Award-winning comic series that has been praised for its honest portrayal of Southern culture.

SOUTHERN BASTARDS #16 Cover B “Don’t Be a Bastard” by Latour (Diamond Code NOV168192) will be available on Wednesday, January 11th. The Final Order Cutoff deadline for comic book retailers is December 19th. 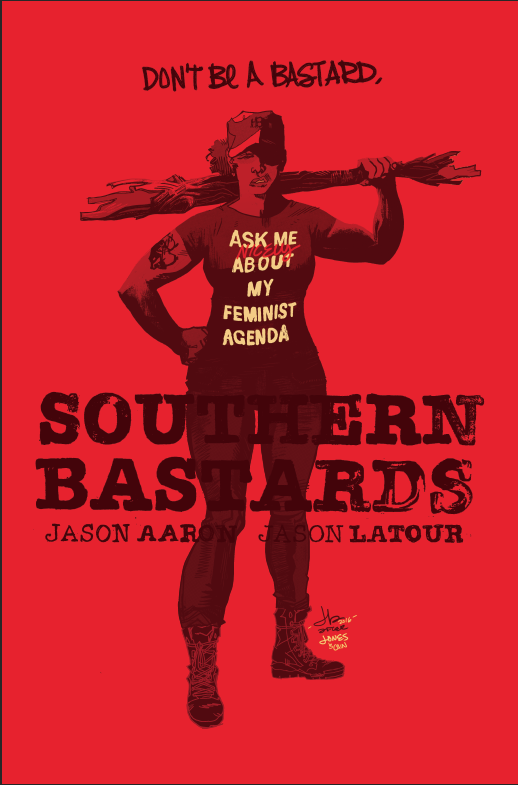