Summary: Soulstice is very much a mixed bag of a hack-and-slash RPG. While it sports excellent properties like nice visuals and designs, an interesting premise, and excellent voice acting, it still lacks gameplay optimization.

Soulstice is a new hack-and-slash adventure RPG from Replay Game Studios that’s set itself apart from other games in the genre by wearing its inspirations from several fan-beloved dark fantasy media such as DMC, Claymore, and God of War on its sleeve. However, while it has been able to showcase its best traits quite well, it, unfortunately, doesn’t reach near the level of its impressive inspirations. 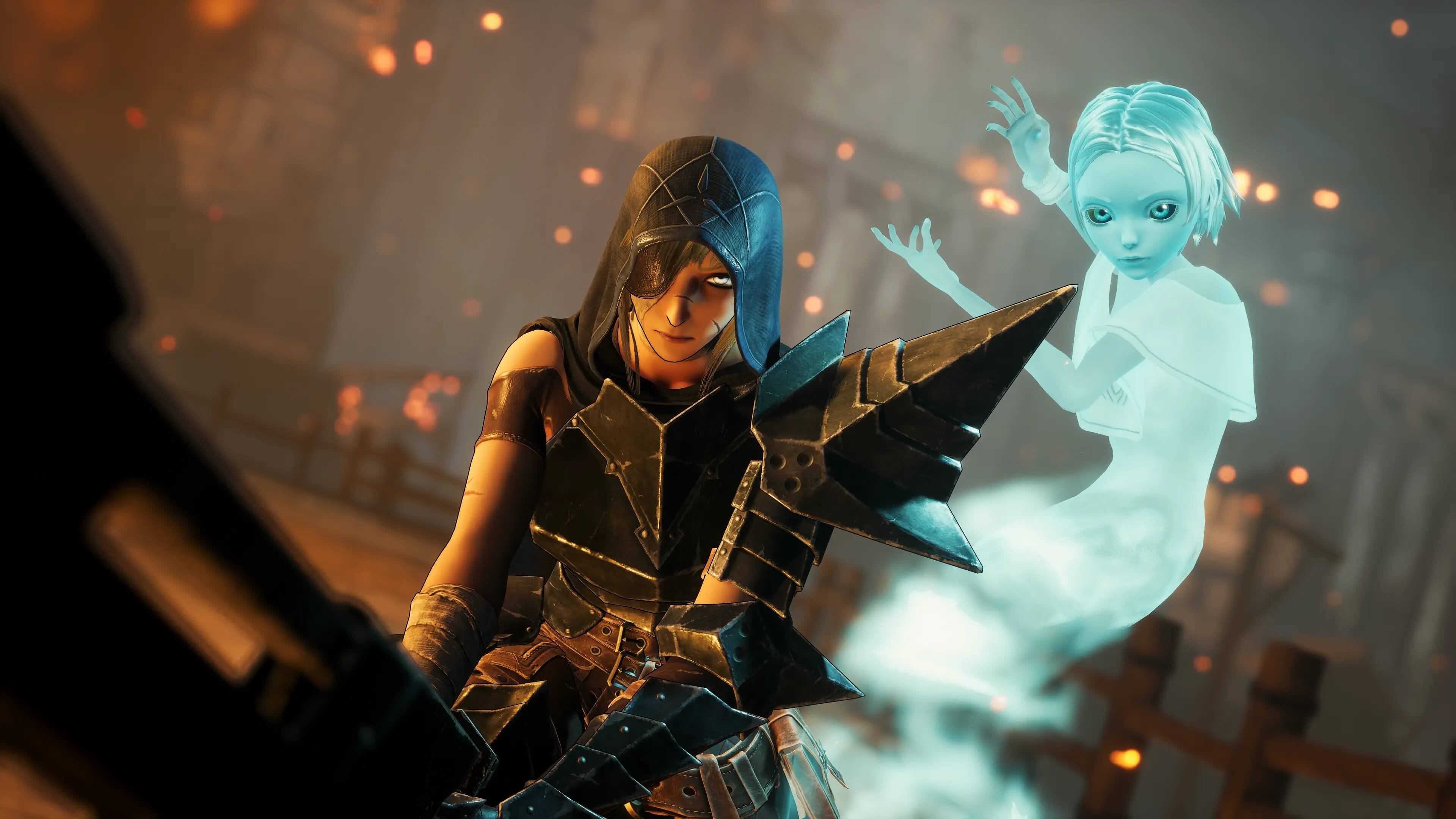 Soulstice takes place in a fantasy realm plagued with all manner of malicious fantasy creatures and demonic beings. The game follows our protagonist Briar, a chimera warrior, and the ghost of her dead sister, Lute, who accompanies and assists her in battles.The two are warriors of an organization known as The Order of the Ashen Hawk, which tasks them with missions to resolve issues and vanquish all manner of evil in the world. The game begins as our dynamic duo is tasked with an almost impossible mission that must be dealt with, all while Briar struggles to prevent her chimera curse from unleashing inevitable chaos.

As you can probably tell, Soulstice takes itself very seriously in terms of narrative. It wastes no time dropping players into its incredibly lore-rich world while highlighting its core characters from the get-go. And due to the severity of its plot, each mission played progresses the story in some shape or form, which I immediately appreciated. Unfortunately, while it is able to grab the player’s attention via its narrative and even keep it for the majority of the game, it fails to cover all the essential bits and pieces as a lot of seemingly important backgrounds details and lore are left in the air while others are only explained much later on, making the story, in general, feel a bit too focused.

Overall, I still enjoyed the story mainly due to my curiosity about the world and lore. I also appreciated the game’s impeccable art direction and environmental/ level designs. While most are drab and depressing, they are still rich with incredibly detailed background models, excellent lighting, and great reflections, especially when playing in resolution mode on the PS5. Additionally, while I’m indifferent to the character models as I felt more work could have been put into them, I especially didn’t like the constant texture pop-ins on every single highlighted enemy when playing in performance mode. Aside from that, the character designs on the main characters themselves are pretty unique, especially Briar’s, which is just so obviously inspired by Berserk and Claymore, which the Devs acknowledge.

And speaking of Briar, I’d be remiss if I didn’t mention the excellent work from her voice actor along with that of Lute’s as they were able to portray the grizzled warrior and young, innocent girl personas quite well. 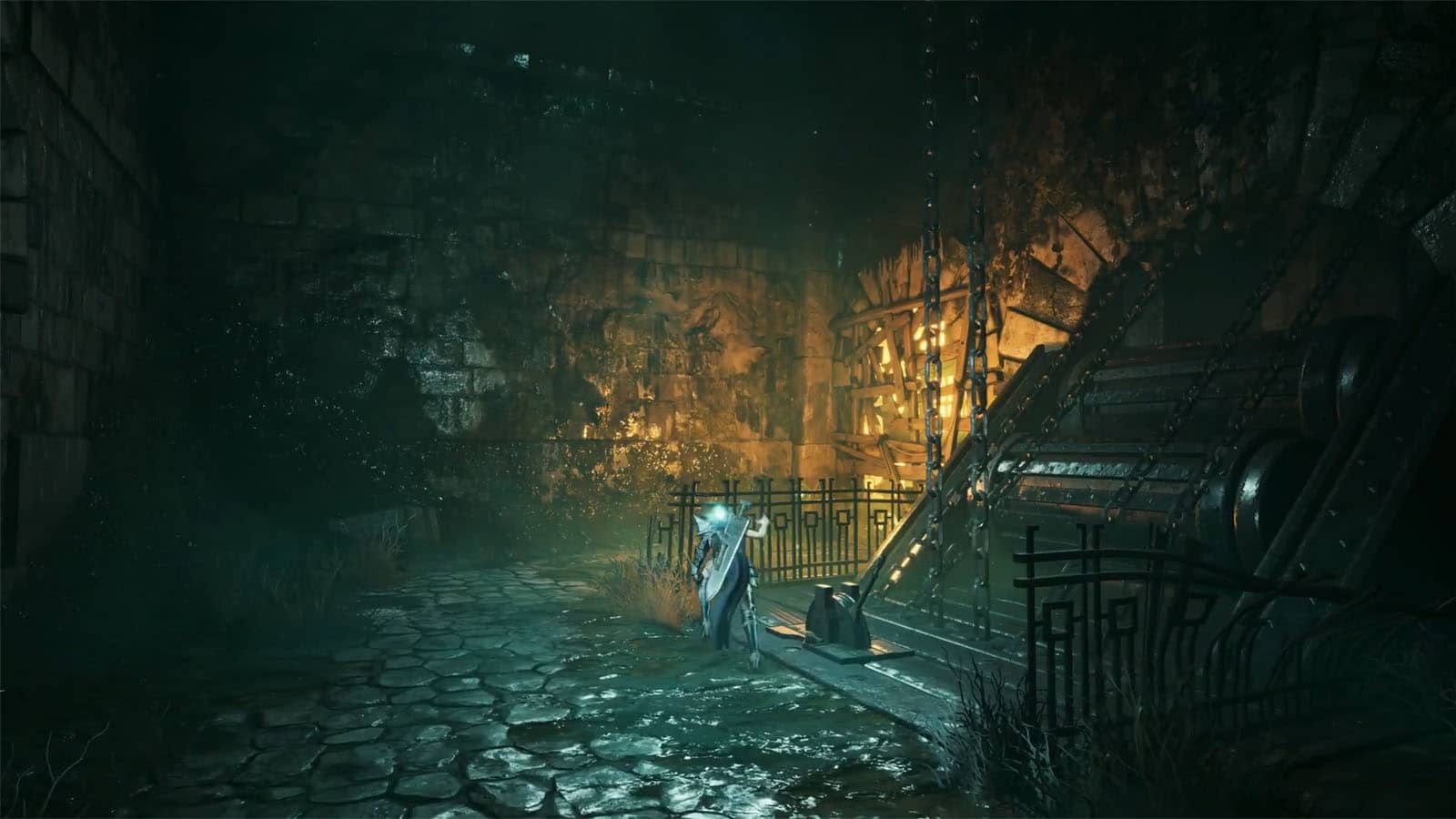 Now in terms of gameplay, I have to admit that while combat works well overall, Soulstice doesn’t do anything new or unique. Players take control of Briar to dispatch incredibly aggressive and increasing mobs of enemies in quick and mostly fluid combat with the help of her giant sword, trusty claws, and more. Players can also go on the defensive via well-timed dodges and counters, which are executed by your trusty sister-combat-assistant Lute, who also performs special cool-down attacks. Do well enough at both offense and defense, and you’ll earn a high ranking after each combat encounter which nets you more of the currency you’ll use to upgrade both Briar and Lute. Upgrading is mainly done outside combat when talking to specific NPCs also selling weapons and consumable items. These upgrades include skill upgrades and stat upgrades like health and attack.

An important element that I’ve yet to mention is that Soulstice uses a fixed camera angle that, while very nostalgic, especially to old God of War fans, unfortunately, causes more bad than good as it’s often leads to jarring situations for the player during gameplay, like not being able see anything behind them at certain points. And while the camera can be moved slightly during combat, it’s sorely lacking in optimization. Another part of combat I didn’t like is the annoying repeated voice lines that should have probably been left out. 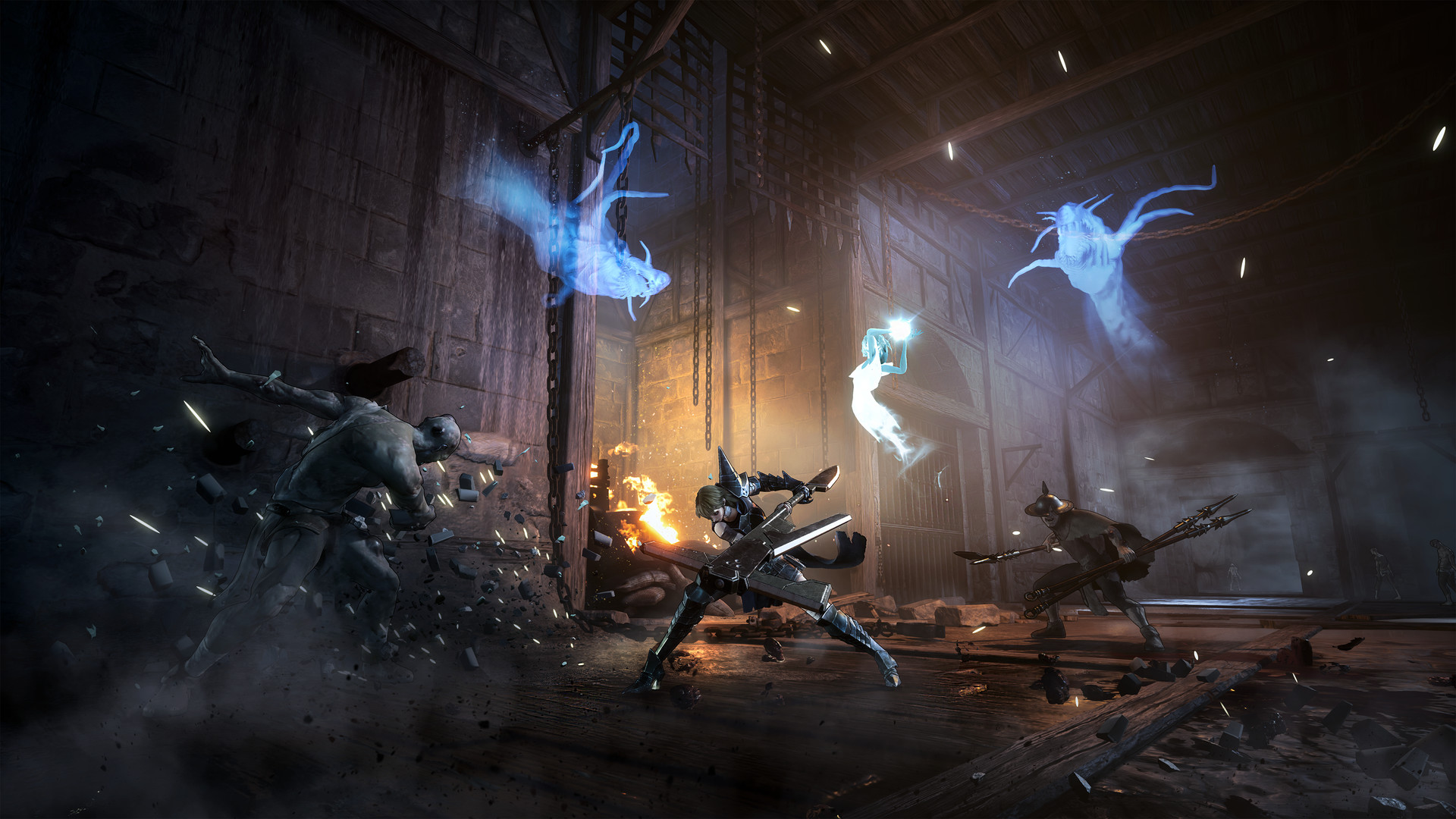 Overall, Soulstice is very much a mixed bag of a hack-and-slash RPG. While it sports excellent properties like nice visuals and designs, an interesting premise, and excellent voice acting, it still lacks gameplay optimization, which, thankfully, can be fixed with a few patches.