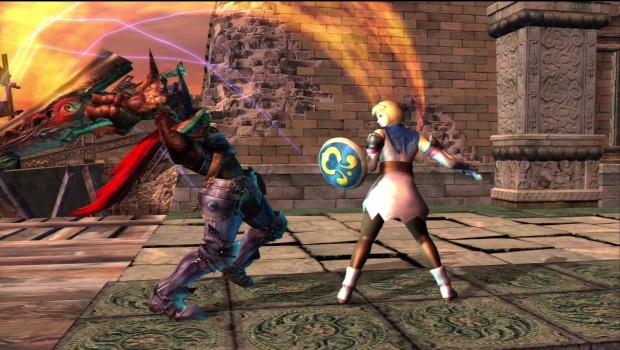 NAMCO BANDAI Games Australia today announced that SOULCALIBUR II™ HD Online will be available worldwide on November 20th 2013, as an Arcade game on Xbox Live online entertainment network from Microsoft and via the PlayStation®Network for the PlayStation®3 computer entertainment system.  The game will be available for download on both Xbox Live and PSN for the suggested price of $19.95 and $28.20.

Developed by PROJECT SOUL, the elite development team at NAMCO BANDAI Studios, SOULCALIBUR II HD Online reimagines the beloved title by adding online multiplayer support to the title as well as vibrant updated graphics to take advantage of modern high definition TVs. Heralded as one of the best fighting games of all-time, SOULCALIBUR II returns to consoles this year with crisp new high definition graphics and all-new online modes in celebration for its 10 year anniversary. Fans will also be pleased as the two legendary heroes, SPAWN and HEIHACHI, originally exclusive guest characters for each platform, will be for the first time ever playable on both platforms, Xbox 360 and PlayStation®3.

SOULCALIBUR II™ HD ONLINE will be available for download on November 20th 2013 on Xbox Live  and via the PlayStation®Network.