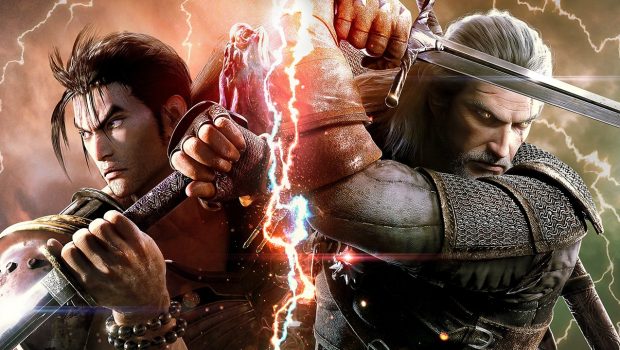 Summary: An utterly gorgeous return to the age of great fighters. Perfect for gamers of any experience.

This is truly one heck of a fighting game. Fighters I must confess are my least liked genre but this latest version of SC has got me hooked. It is genuine fun, easy to learn even complex combinations, and the fight mechanics are on point. 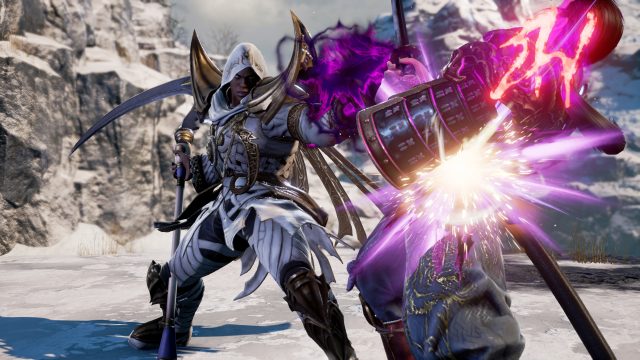 The first thing I did like about the game was the character customisation. You can really make a fighter that would pass as yourself. The only issue that I had there was that the hair style closest resembling mine was titled “Balding”!!. It waS pretty cool to set up though, and I think for some players it would give them more of a vested interest to succeed if the player on the screen looks just like you!

The first thing that I found striking was just how good this game looked. It really is something special, and the way the combinations affect the weapons you use is just awesome. Character design of the other fighters is simply exceptional and the way that they move makes for good fight sequences. 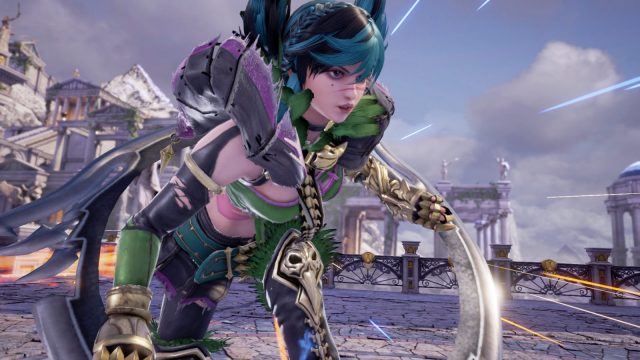 Something that I found annoying in the title was the half a$$ed attempt to insert story into this game via unwieldy long text passages. No one cares! The fighting is fun and near perfect and shouldn’t be slowed down by all this text. Skip skip skip. No one but that most dedicated fan would wade through this much text. And this reviewer of course.

There are two main story modes with the main being Libra of Souls. Within this world you will be subjected to the swaths of text that I mentioned earlier but you can also level up and play the game sort of like a fighting RPG. It’s innovative and will keep you interested, especially for those who like to see just how tough a fighter they can make their character. 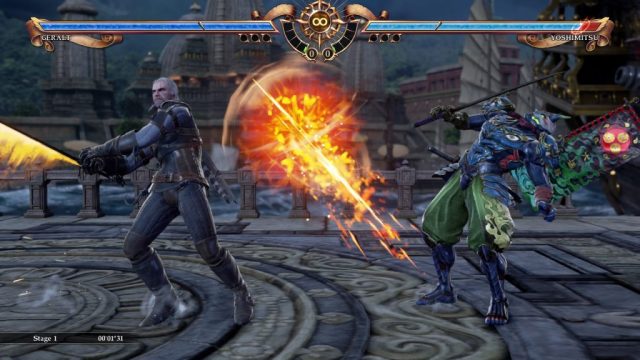 The other story is Soul Chronicle. This version is acted and in my opinion a more immediately interactive version of the game. It most certainly has an arcade feel to it and a quicker pace than Libra. Of course for the more jump in and out experience,  there is Arcade mode. There is also online but I’ve still not seen a lot of action when attempting to jump into games.

The fight game is so well balanced that other titles could take a page out of their books. Whether on the ground or in the air, both horizontal and vertical attacks are fun and you shouldn’t find yourself needing to stick to one style of play. I didn’t think I would be comfortable with more of the airbound fighting styles but Soul Calibur has nailed it all perfectly making any condition awesome.

Through playing the game you build up a soul charge that will let you access benefits and powerful attacks. They do cost soul charge but are a great way of both defending or attacking on a very powerful scale. I loved this in the game and once again was super cool. I do hate to say it but this title is so easy to pick up, I totally preferred it to Tekken. That could be because I’m not the quickest at this sort of genre or complicated combos. 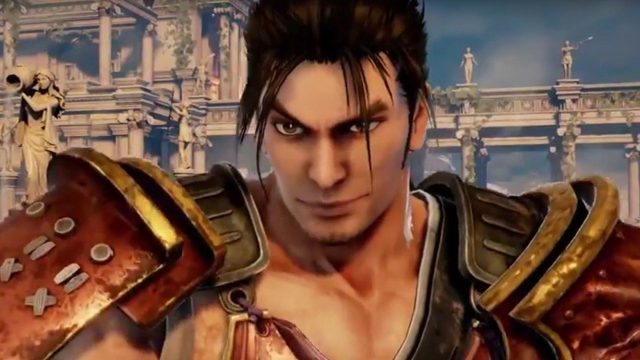 The newly introduced reversal edge is a mechanic that benefits all players; new and experienced. The essence of it is that you cop a bit of a beating but then can come back with your own attack that will bear a bit more damage. It balances out gameplay nicely and somehow SC makes it that you cannot overuse or abuse it.

Loading time on the game is significant which surprised me. On the PS4 Pro it still took longer than I expected, but the game is worth it along with the roster on disc that are fan faves which skill sets that are well worth investigating.

Soul Calibur VI is a beautifully produced game that should keep fans coming back for more and newer fans understanding just what the fuss is about. I know I certainly do now. This is one amazing game that should turn the heads of all that play it.