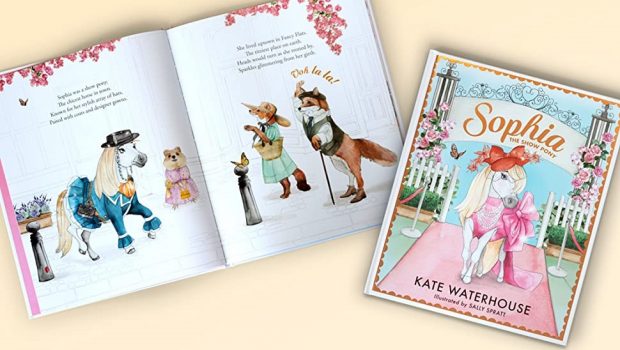 Sophia the Show Pony is a beautifully written and illustrated Australian children’s book by Kate Waterhouse (author) and Sally Spratt (illustrator) about a pony who dreams big.

Our little horse loves nothing more than being fashionable and of course running around. If the author sounds a little familiar that’s because Kate is the daughter of Australian racing icon Gai Waterhouse and her involvement in racing obviously created an affiliation with horses for the writer of Sophia the Show Pony. 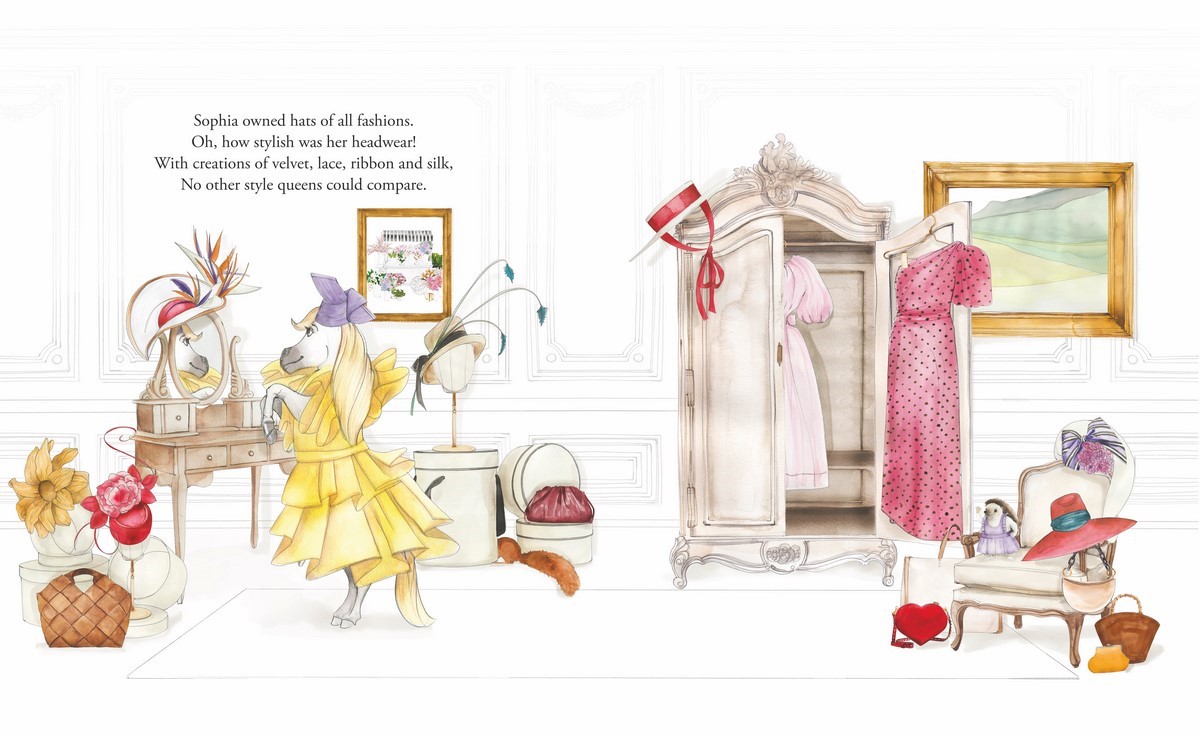 In a statement from Kate Waterhouse, Sophia the Show Pony is “inspired by my daughters, Sophia (7) and Grace (5). I get so much enjoyment from spending time with them outdoors enjoying nature, and seeing their love of horses flourish” which really comes through in this story. Additionally the stylised and colourful art of Sally Spratt really lends itself well to the story, especially its protagonist Sophia who really engages well with the younger reader. The art also has parallels to classic children’s books like Peter Rabbit.

So Sophia made the decision
To ask her food friend Grace
What she thought of her wild and passionate plans
To enter the upcoming race.

Another great aspect about the book is the characters are all animals (some dressed quite fancy) and seeing Sophia in all the different dresses and costumes will resonate with the younger reader, especially girls. There is also a powerful message about following your dreams and when the other animals tell Sophia that she should leave her racing dreams behind, the unthinkable happens and when Queen Clydales loses her very fashionable hat in the wind, our little pony chases that hat and wins the race as the fastest horse in town.

Sophia had her eyes on the prize,
Not letting that hat out of sight.
She surged through the pack and into the lead,
As fast as a flash of light. 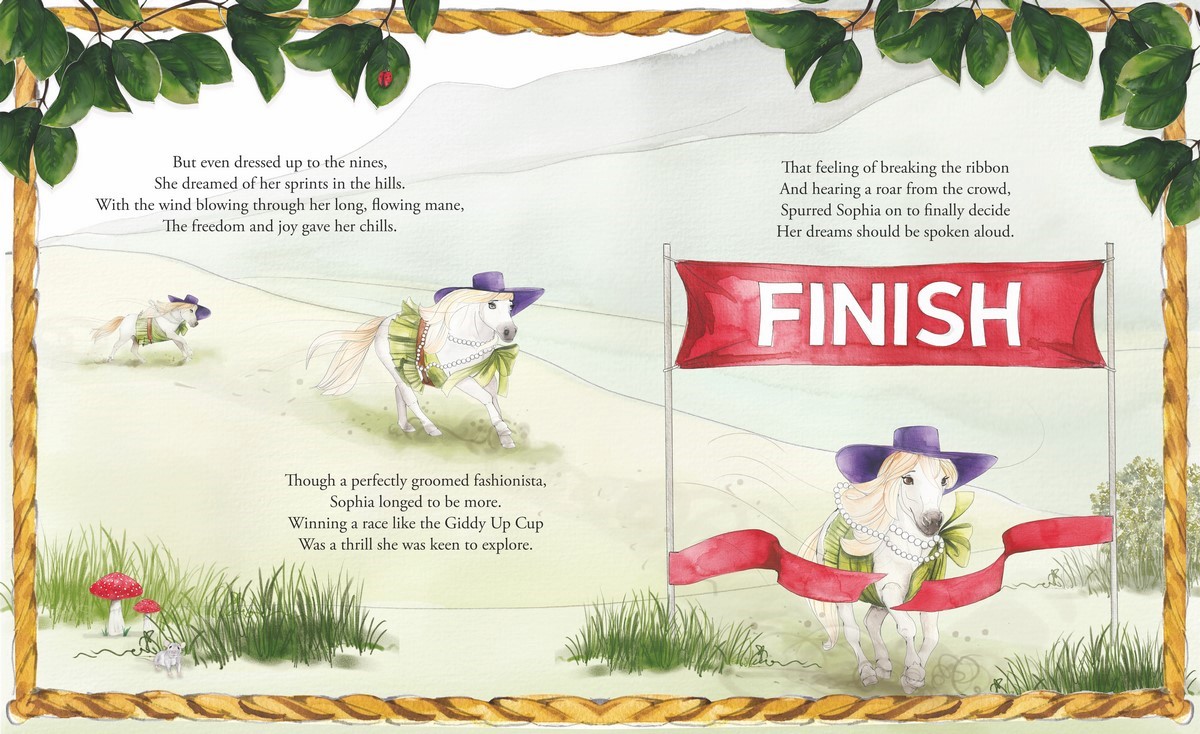 Spectacularly written and illustrated, Sophia the Show Pony is a beautiful read from start to finish 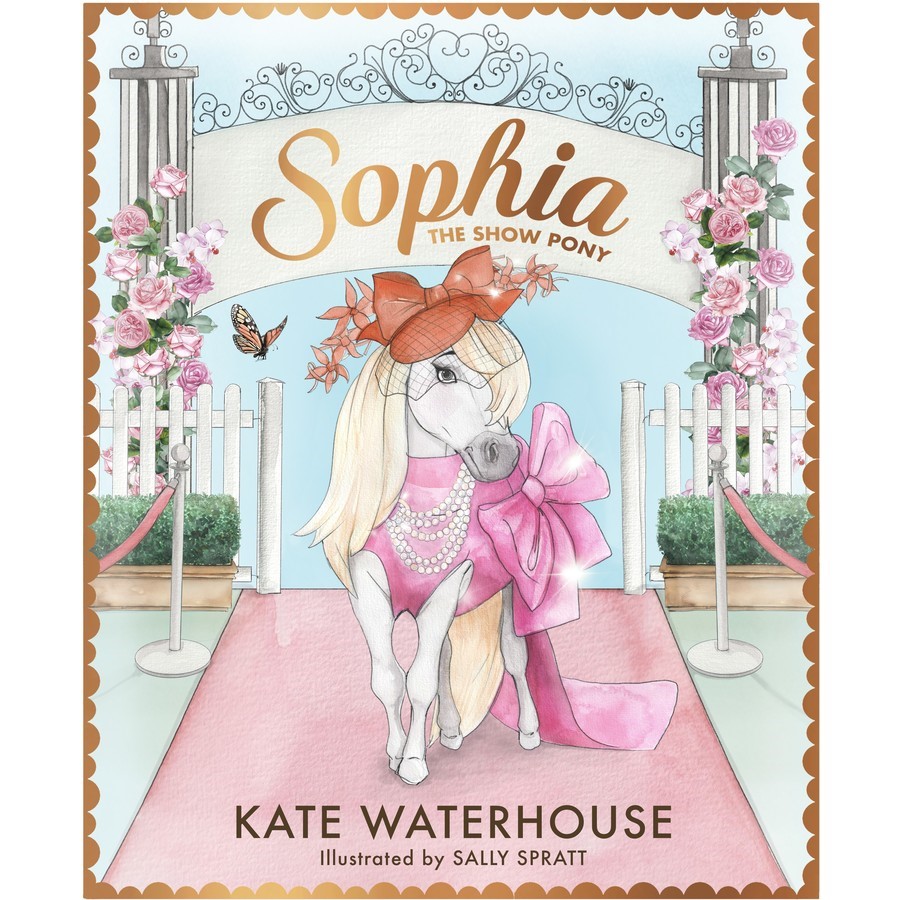