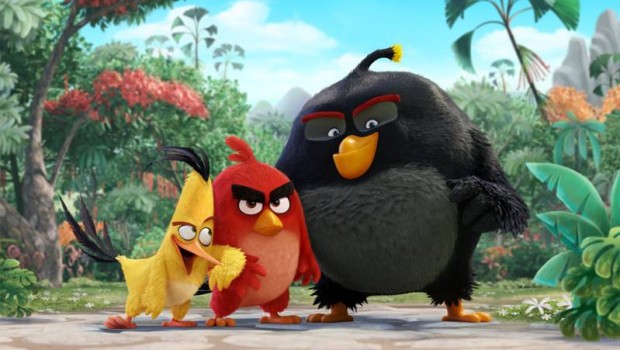 THE WALK, starring Joseph Gordon Levitt will be released October 8.

Jason Sudeikis (Horrible Bosses, We’re the Millers) will lead the cast as Red, a bird with a temper problem.  Josh Gad, in his first animated role since the global smash hit Frozen, plays speedy Chuck, and Danny McBride (This is the End, Eastbound & Down) portrays the volatile Bomb.  Bill Hader (Saturday Night Live, Cloudy with a Chance of Meatballs) has joined the pork side, Maya Rudolph (Bridesmaids, The Maya Rudolph Show) will play Matilda, and Peter Dinklage (Game of Thrones, X-Men: Days of Future Past) will play the legendary Mighty Eagle.

Set to debut Australia on June 16, 2016 and the US on July 1, 2016, Angry Birds is directed by Fergal Reilly and Clay Kaytis and will be distributed globally by Sony Pictures. Sony Pictures Imageworks, headquartered in Vancouver, B.C., is the animation facility for the production.