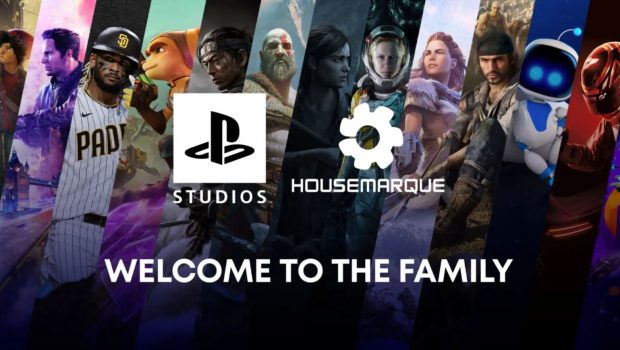 Sony Interactive Entertainment (“SIE”) announced today that SIE has completed the acquisition of Housemarque Oy (“Housemarque”), a leading game developer and long-time partner of SIE. Recognised for its extensive experience in the arcade-shooter genre as well as strong creative and technical capabilities, Housemarque has developed eight titles exclusive to PlayStation® consoles including Returnal, Nex Machina and Alienation.

“Housemarque has flexed its creative palette on a wide range of PlayStation games over the years that have continually showcased the power of our hardware,” said Jim Ryan, President & CEO, Sony Interactive Entertainment. “The addition of Housemarque to PlayStation Studios reiterates our commitment to elevating the best development teams in the industry and delivering new experiences that can only be found on the PlayStation platform.”

“With a proven track record of creating original games that feature best-in-class gameplay, Housemarque is a highly-accomplished studio and we couldn’t be more thrilled to officially welcome them to the PlayStation Studios family,” said Hermen Hulst, Head of PlayStation Studios. “With its gripping gameplay, haunting story and unforgiving world, Returnal has captivated the PlayStation audience and we’re looking forward to working alongside the team to bring to life their ambitious creative vision on future projects.”

“After more than 15 years of successfully collaborating, we’re excited to amplify our potential even further and join PlayStation Studios,” said Ilari Kuittinen, Co-founder and Managing Director, Housemarque. “Returnal is a testament to our strong relationship with PlayStation Studios and the organisation believing in us to take a risk and give us the freedom to explore our creativity and develop something unique. We can’t wait to bring PlayStation fans more fresh, new experiences.”

The day-to-day operations will continue to be run by Housemarque’s current management team in conjunction with PlayStation Studios External Development team. Terms of this transaction including the acquisition cost are not disclosed due to contractual commitments.