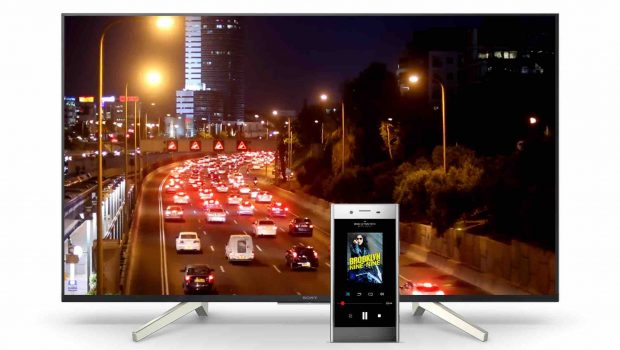 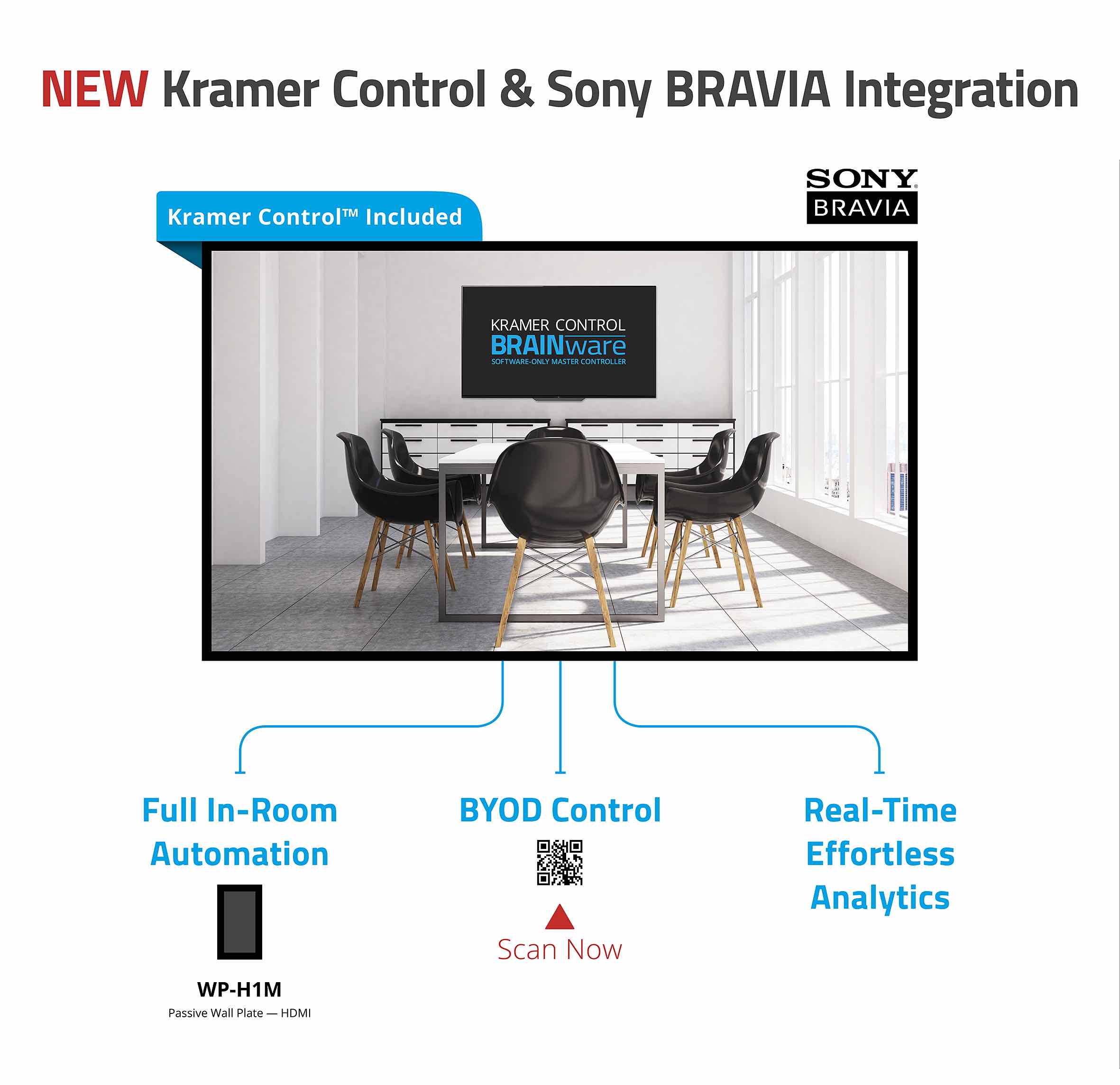 Sony Australia Group Manager – Business Solutions for their Professional Solutions Group, Daniel Hancox, said, “One of Sony’s key achievements is ease of integration with third party solutions. Over 80% of our Pro BRAVIA installations are networked and exist within an ecosystem. From an end user point of view, it is critical that each part of the ecosystem works seamlessly together. Pairing Kramer’s code-free, drag-and-drop control platform with Sony’s BRAVIA pro series displays is a win-win for our joint customers. By offering integration with manufacturers such as Kramer, Sony is providing users with the tools and capabilities they need most, while creating a highly robust, interoperable and versatile platform.  We are excited to provide Sony BRAVIA users with an additional all-in-one solution for simplified, software-based room control.”

Kramer’s Control solution will be available for all Sony BZ35F series BRAVIA professional  displays and can easily be installed using a USB upgrade license key, which is activated by a local integrator.

Sony’s popular BZ35F series of BRAVIA professional displays range in size from 43 to 85 inches, include network and serial communication control, and are ideal for professional digital signage, information and monitoring applications, as well as use in meeting rooms, classrooms, lobbies, hotel guest rooms, showrooms, retail spaces and more. This commercial series features an all-in-one “system on a chip,” resulting in easy installation and requiring no additional hardware. The displays also include integrated support for HTML5 and open API support optimised for businesses. Additional benefits include a 24/7 rating for non-stop durable and reliable use, Google’s Android 8.0 Oreo operating system, and access to Google’s Play Store library of SmartTV applications.

“We are thrilled about this Sony-Kramer integration, it represents an enormous opportunity to provide our shared customers with the industry’s best professional displays, control and automation,” said Aviv Ron, vice president of business development & strategy for Kramer. “Sony BRAVIA displays running Kramer Control BRAINware are optimally suited to serve as a centre piece for several of our new Kramer@Work modern meeting space solutions.”

This removes the need for a Chromecast dongle and other external 3rd party devices and services, simplifying ongoing support and maintenance. ArtioGuest, with its direct access to the Sony built-in Chromecast functionality, securely connects Sony TVs, Chromecast services and the guest’s mobile device, while protecting the user’s personal data.

This latest collaboration is part of an ongoing partnership as the two brands strive to offer first-class service to hotel operators and their guests.

Daniel Hancox concluded, “The ability to have IPTV, digital signage, analytics and control running on a Sony display without the need for additional hardware is a huge benefit to end users. The Sony BZ range of displays are the hub that brings leading solutions such as Kramer, Exterity and Chromecast together. The seamless integration we enable makes the overall solution customisable, secure, feature-rich and simple to deploy and maintain. The fact that the control can also be on a mobile or tablet is an added bonus.”