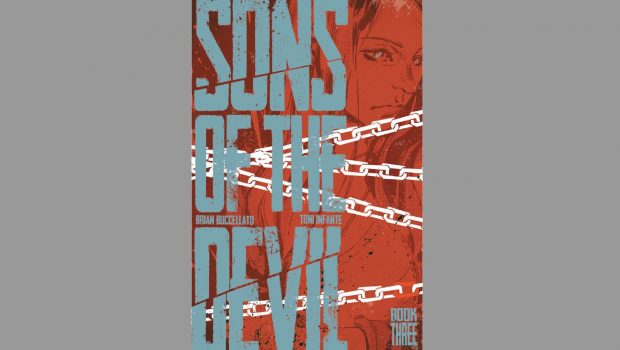 Summary: Blood is thicker than water... but sometimes that blood can be tainted. A family reunion of sorts that few of them really want leads to the conclusion of Sons of the Devil.

Cults are an interesting phenomenon, a relatively small group of people coming together over a shared belief (typically quite extreme in nature and generally religious in tone). But what if you learnt that your past, your family line is tied to a cult and that your future may well be tied to that cult and its plans. Take that one step further and imagine that the cult in question is lead by a man who is your father and he believes he must complete a pact with the devil that involves you and your siblings. 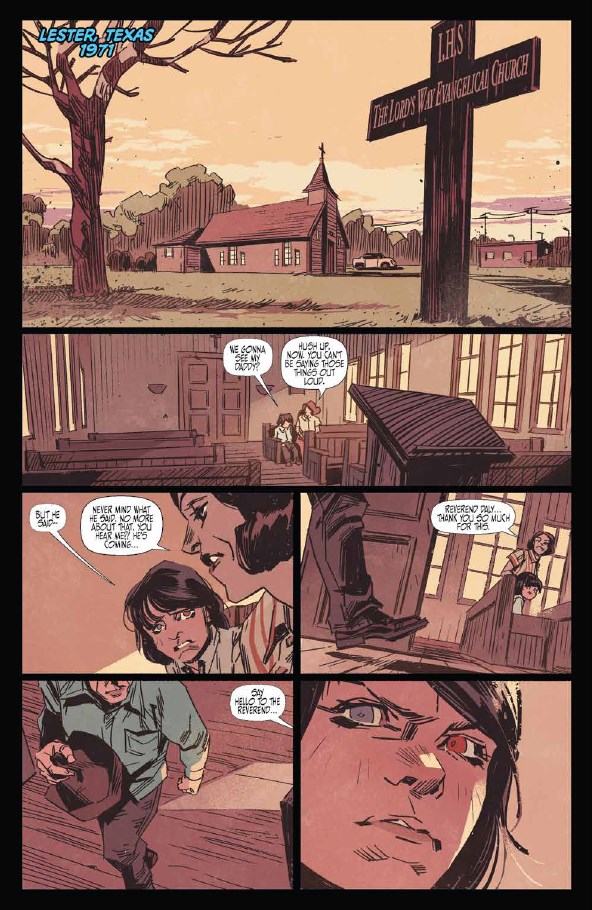 The promotion for this comic states it is like a mix of True Detective and Orphan Black, which is a pretty decent explanation of what it is like… maybe throw in a bit of X-Files or Twin Peaks for good measure though. The story certainly sounds like something that would not be out of place in a David Lynch creation or possibly the Coen’s. This particular installment dips back into the past to examine how David came to be, the origin of the mess we find everyone in now. Throughout the story there is a very real sense of urgency. It’s one thing to find out your birth father is a bit of a nut job… it’s another to find out he has your siblings and yet another to find out that he considers you to be the essential link that ties it all together. Sure you could try and leave town and put it all behind you but as I think with most of us, Travis finds he cannot let this rest (even when the one he loves requests he leave it alone). The pace builds and builds until the final “showdown”… but will the outcome truly spell the end of the situation or are things destined to get worse? 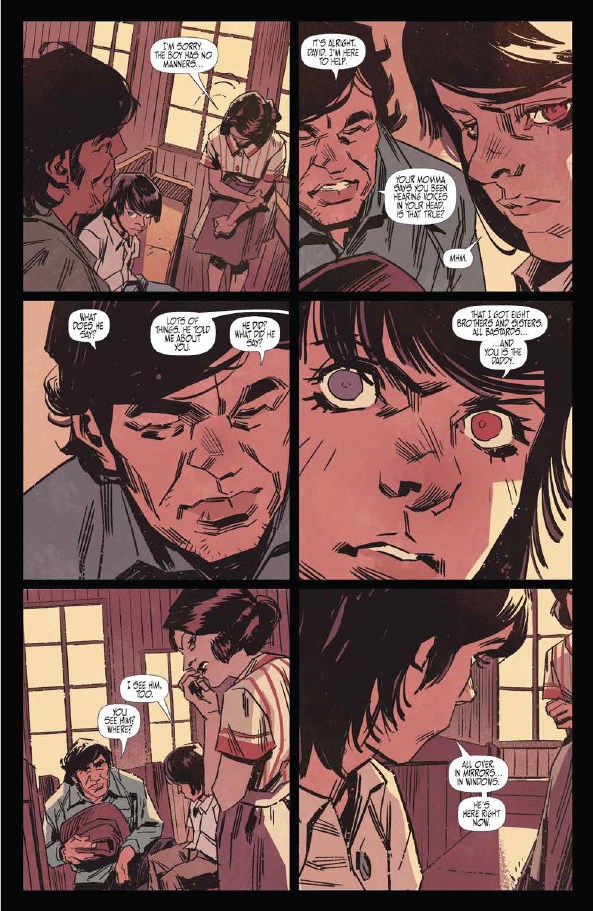 The line work and detail in the images is quite gripping, the maniacal look of David speaks volumes of what he has done and what he is still capable of. Colours are minimal and muted… some what reminiscent of the 70’s or 80’s it’s an interesting choice and I’m not sure what I think about it… as mentioned it does conjure images of the 70’s and 80’s which isn’t the time period intended here (for the current scenes) but perhaps it’s keeping that link to the past… the start of the trouble ever present in the images. 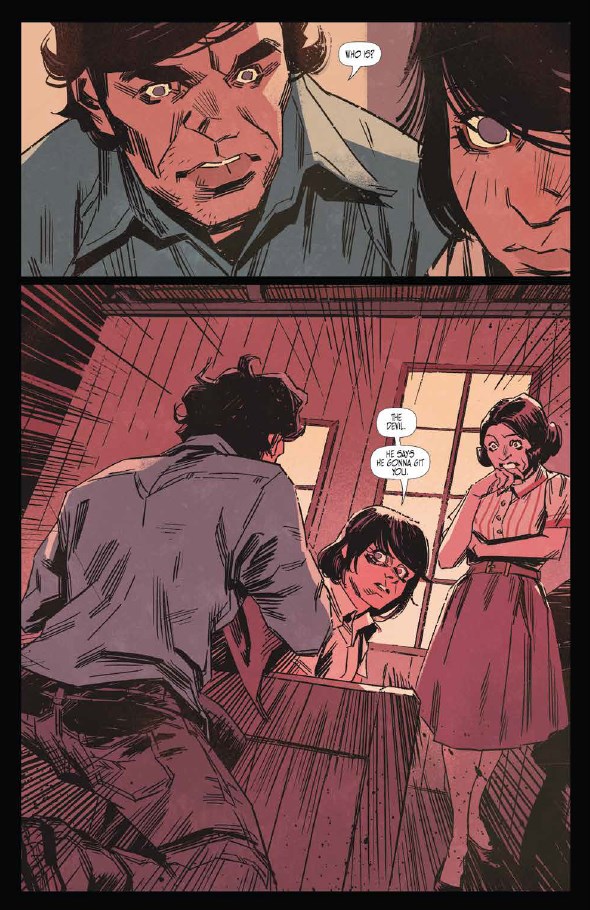 It’s an interesting story and one that certainly keeps you riding along with the roller coaster, hoping you can survive the end. If the devil existed… finding out your father had made a pact with him and that pact involved you and your siblings would be a pretty life altering event…. learning that blood is to be shed to fulfill that pact tends to put an urgency on any plans you may have to deal with it. Taking what would otherwise be a crime thriller and adding a supernatural element does add a bit of flare that certainly creates a scary thread throughout the story. If you like a bit of horror in your crime stories then this should be right up your alley. 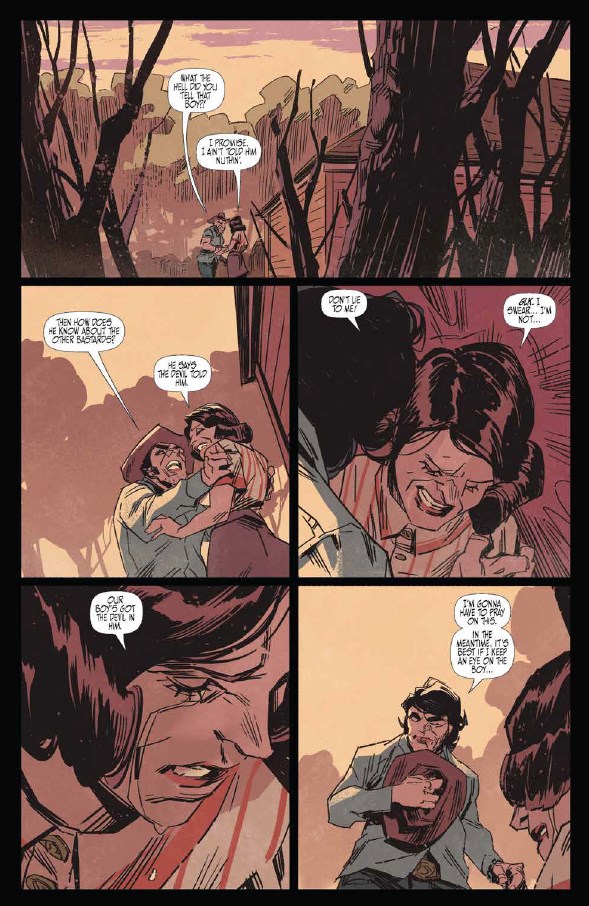